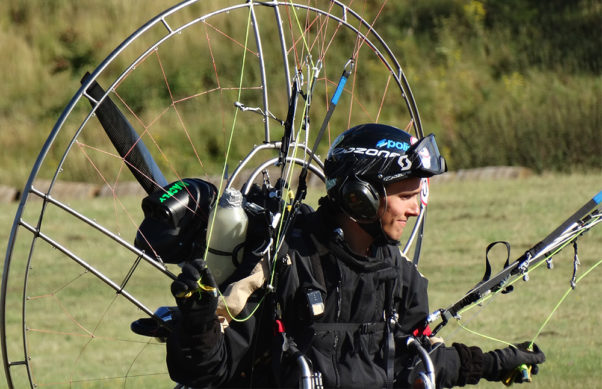 Alex Mateos in action during the competition. Photo: Alex Mateos

The young Frenchman took gold and helped lead France to a Team gold in the Nations category too.

“I am proud to have my new title of World Paramotoring Champion 2016!” Mateos said afterwards.

“We flew 10 tasks and had 45 pilots compete in solo foot launch. Mixed weather limited the number of flights we could have but we had a good mix of different tasks, between navigation, fuel economy and manoeuvrability.”

The weather, he added, had been “Wind, rain, British weather conditions!”

A poor start for Alex where he scored zero for a spot landing allowed him to “ambushed” from behind, he said, piling on the pressure.

However, he came back and performed strongly throughout the rest of the competition.

Mateos’s win adds another gold to his growing collection – he won the paramotoring event at the FAI World Air Games in Dubai in December last year, and earlier this year won the FAI World Paramotor Slalom Championships too. He also won the French National Championships.

“This is the best year of competitions that I have ever had,” he said after he had returned home to France. “My goal now is to keep these titles.”

Alex flew an Ozone Viper 4 in the competition. “I can now say it is very effective in both Classic and Slalom,” he said, “after having used it in two kinds of competition, but in different sizes.”

It was a near clean sweep for France and French pilots across the rest of the paramotoring competition. 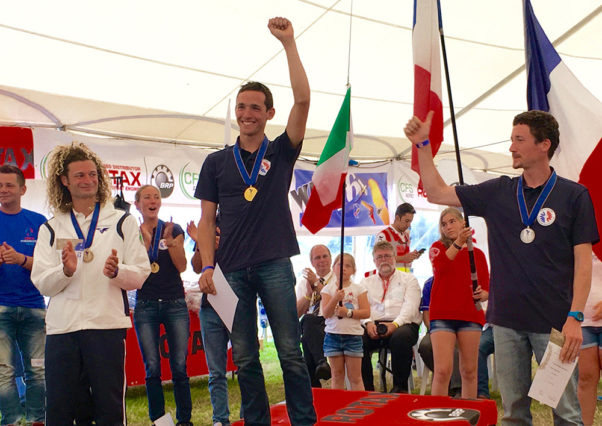 Mateos won the solo foot-launch category, the biggest class in the competition with 45 pilots from 14 nations. He scored 5,458 points – 148 more than second place team mate Julien Barbier. Pasquale Biondo (ITA) was in third. 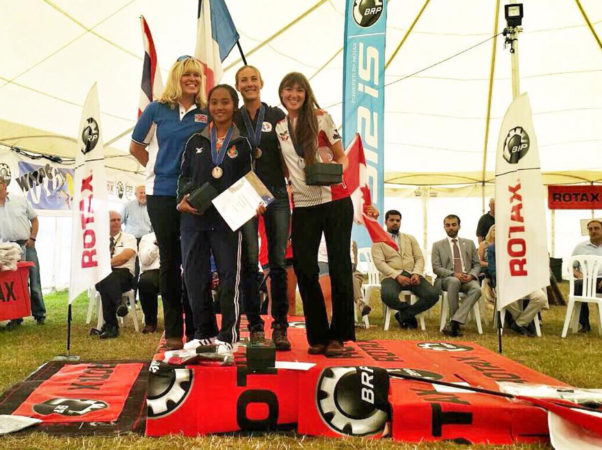 Marie Mateos (FRA) took gold in the Women’s competition, with Kristianna May Draper (CAN) in second and Thailand’s Janeiro Chui-Noei in third. 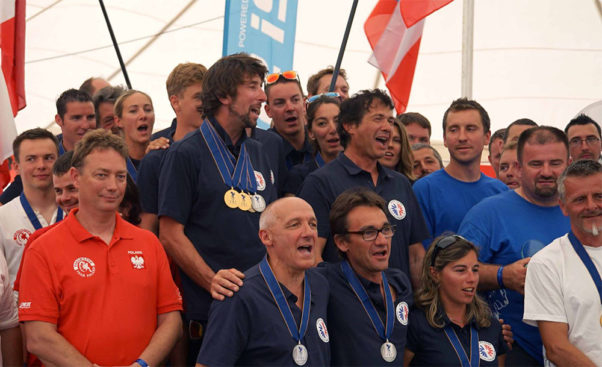 France dominated the Nations category, scoring a total of 36,564 points across 10 tasks. In second place, Czech Republic was a massive 8,000 points behind. Poland was fourth with 27,680.

The competition was held at Popham airfield in southern England, about 80km from London.