The 2018 Icarus Trophy started on 25 July 2018, with 27 paramotorists taking to the skies just north of Johannesburg. Their race took them across Botswana to finish near Victoria Falls in Zimbabwe. Alard completed the journey in just over three days.

He said the scariest part was, “When we were working on Basjan’s motor and getting ready to take off and two lions walked onto the road 50m away!”

All 27 pilots, who came from from the UK, Europe, North and South America, South Africa and the Middle East, made it to the finish line. In celebration, race organisers arranged an unforgettable fly-by of Victoria Falls.

Pilots could race, or could choose the more leisurely Adventure Division, in which the winner is the pilot who ‘best embraces the spirit of adventure’, as chosen by the pilots and ground crew. This year’s winner was low-airtime pilot Nadav. Read about his adventures here.

The Icarus Trophy and X-Series races are run by the Adventurists, and if paramotors are not your thing but adventures are, they organise races on monkey bikes, old cars, rickshaws, wooden rafts and more, in far-flung places, as well.

They have announced that the 2019 Icarus Trophy will take place in Brazil. 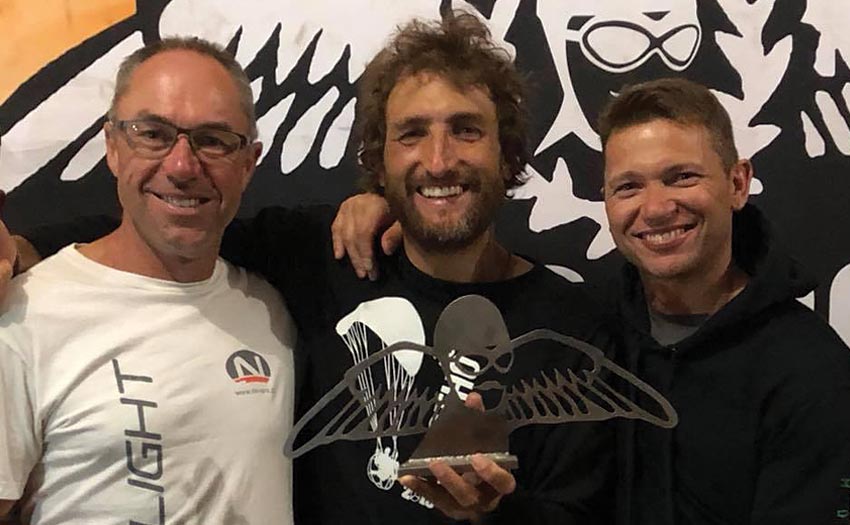