We just got off the phone to a very excited Martin Gostner. He recently split from his long time employer Airwave to form a new brand company called AirDesign with Airwave’s designer Stephan Stiegler.

“We called it AirDesign because we design things for the air.” Martin quipped. “And as we had worked for both Airwave and Pro Design over the years it seemed even more appropriate.”

His new partner designer Stephan Stiegler has an even longer pedigree in paragliding having been the 1995 World Champion, a test pilot for Pro Design, then designer at UP and more recently Airwave. Stephan only joined Airwave in March 2010 following the defection of the 2007 World Champion Bruce Goldsmith to Advance.

AirDesign say their design philosophy will be based around “performance designs at all levels.”

“Stephan, having been so successful in competitions is very focused on getting the most performance possible from his designs.” Martin told us. “Not many brands have designers who can fly at such a high level: Ozone, Gin, Advance and couple of others have it, but not many more. It’s important that Stephan can design and test our wings at such a high level. But most of all we want them to be fun.” 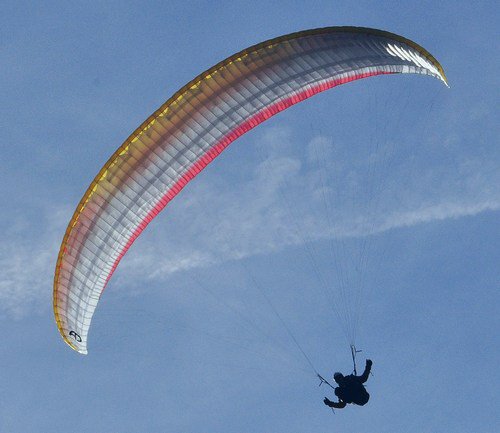 With performance being a focus at AirDesign their first wings are aimed squarely at being at the top of their class. The Pure is set to be a serial EN D wing with the two-line Pure Race pushing the envelope in the Competition Class.

As a starting block the company are cashing in on the winter snows in their homeland of Austria with the Fox, a speedflying wing that comes in a two sizes: 11m2 and 13m2.

“There’s a lot of guys here who love speedriding and with all the snow we have it makes sense to start with that.” Martin told us.

For the time being they are communicating through the AirDesign Facebook page while their website is being designed.

Once their website is up and running you’ll be able to reach it at www.ad-gliders.com

AirDesigns are currently setting up their worldwide distribution network. If you are interested in becoming a dealer for them contact Martin on martin@ad-gliders.com