"The line between being a badass and a dumbass, between adventure and catastrophe, is amorphous and invisible"
Features

Dealing with risk in paragliding

“How do we deal with risk?” Cedar Wright has spent a lifetime in the mountains climbing, mountaineering and now flying, threading the line between risk and reward.

Much like the air we fly in, the line between being a badass and a dumbass, between adventure and catastrophe, is amorphous and invisible. I’ve spent the better part of my life threading that esoteric line, first as a climber and alpinist, and more recently as a paraglider pilot.

I’m happy to look back on a wild life of accident-free adventure. (I didn’t say incident free…ha!) I’ve often joked that, “it’s better to be lucky than good,” but beyond the self-deprecating humour, there is a general philosophy I have developed that has allowed me to push my personal limits with only the occasional death-defying close call.

Of course, “risk-tolerance,” is a very personal equation, and we all must find our own road, based on variables such as currency, expertise, and willingness to gamble, but for those of us that dream of big flights in the mountains, it’s not a question of whether there will be risk, but rather, how we will deal with it. “A man has to know his limitations,” is a classic Clint Eastwood line from a Dirty Harry movie. For the female pilot it stands to reason that “a woman has to know her limitations,” as well. This has evolved to be one of my key tenets of adventure. 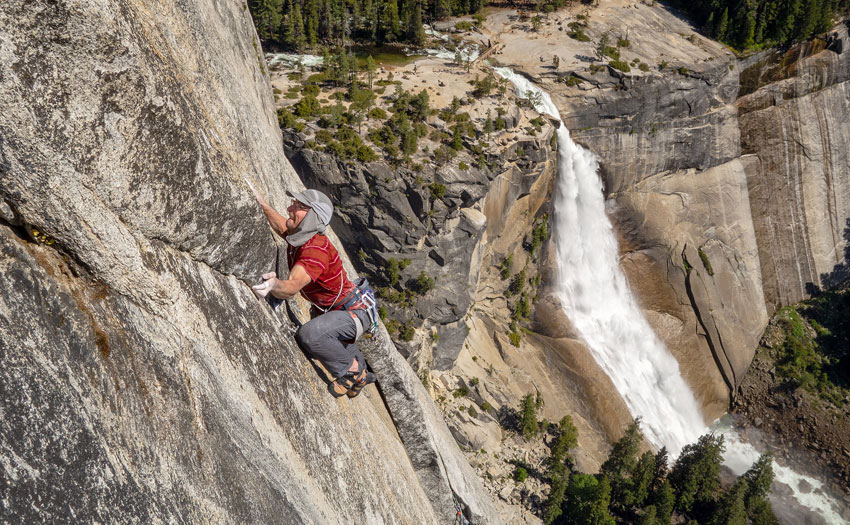 We must be honest with ourselves about our abilities. In my early days as a professional climber I spent a lot of my time climbing without a rope in places like Joshua Tree and Yosemite in California. To me this was the ultimate freedom and outrageousness that the sport of climbing had to offer, but you quickly learn that free-soloing is no place to push your limits.

For me, it only took one horrendous experience stranded on a slab unable to reverse difficult 5.10 moves below me to cement this important lesson. I relearned this lesson in paragliding when, as an intermediate pilot, I followed some of the best U.S. pilots off the back of the San Bernardino mountains in high winds and ended my flight by getting blown backwards through high-tension powerlines.

In my early dirtbag climber days, I spent many years in Yosemite climbing big walls and honing my craft. I remember my first trip up Yosemite’s biggest wall, El Capitan via the route Lurking Fear ending with an unplanned shiver-bivy. Four years later, I snagged the speed record on that same route! I placed three times less gear on that speed ascent but was safe thanks to more expertise. I’m not saying that Antoine Girard was safe up there at 8,000 metres, but he was certainly safer than some of the pilots I see scratching unnecessarily at my local hill. 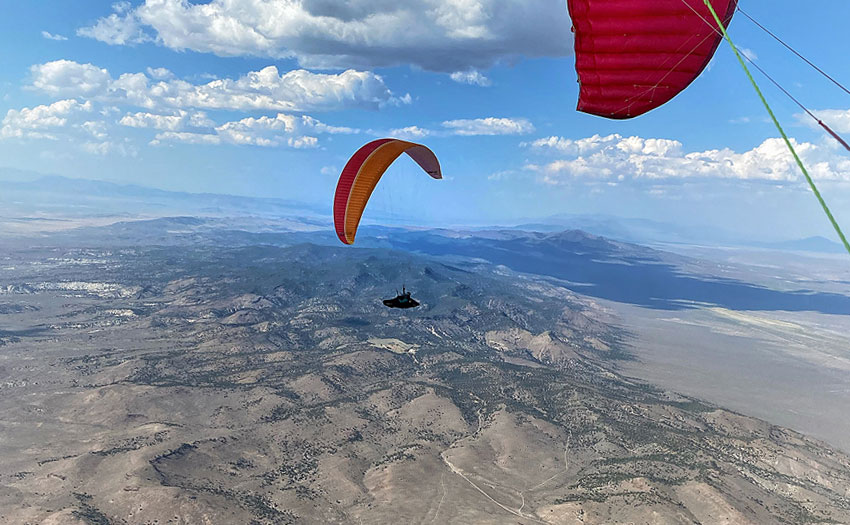 Climbing out in Nevada with Reavis Sutphin-Gray

These days one of my favourite channels on You Tube is Paragliding Gone Wrong. I love to take bets with my friends on what pitfall the pilot is going to encounter, such as bad approaches ending in trees, lee-side smack downs, downwind yardsales, accidental spins and stalls, etc. At my local site in Boulder Colorado, I encourage accident and incident reports because as much as acknowledging the risks and dangers of our sport can be uncomfortable, hiding our head in the sand only makes flying paragliders more dangerous.

When I was a young kid, one of my most influential family friends fell down the stairs, broke his neck, and died. This had a big impact on me. You can live your entire life playing it safe, and then get sick, or hit by a car, or slip in the tub, or struck by lightning. With the risks that adventures afford, comes rewards that are priceless. Whether dangling from nylon and string at 17,000 feet over America’s biggest mountains or standing on top of a slender virgin summit in Antarctica, for me it has been awesome to thread the line.