We live in a time when we can fly, safely, on gliders that pack into a shopping bag. Whatever happens next time you fly, never forget that magic, never let it get old. It’s remarkable – and this issue celebrates that. 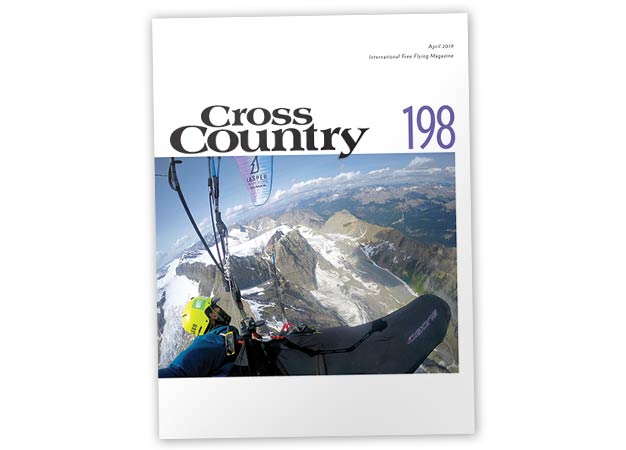 “Holy… how could it be? Not 100m off the deck, a freight train of a thermal tearing me an express route to cloudbase… Flat-topped towers, city-sized glaciers and forgotten valleys were just the beginning of what I could see.” Battling storms, his own self-doubt and powered by kilos of peanut butter, Ben Jordan tells how he took on a 1,200km vol-biv adventure through the North American Rockies – and came out on top. 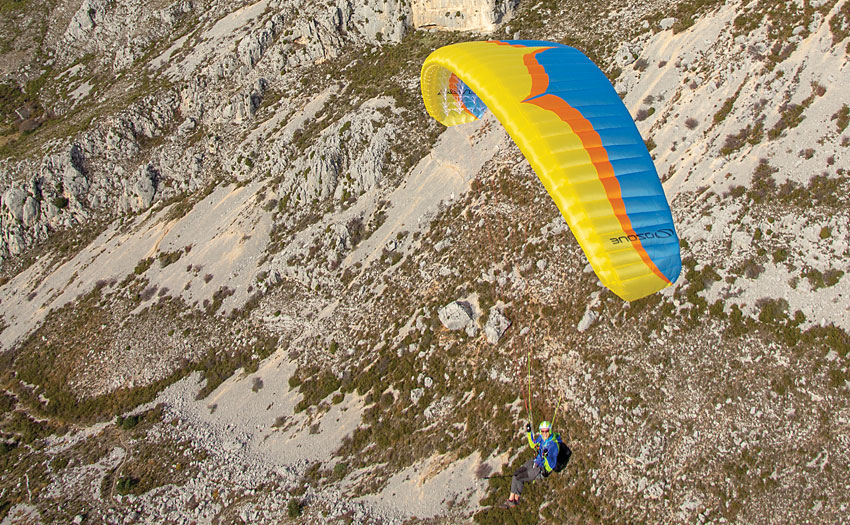 “The changes have opened it up to a much wider range of pilots. It is much more mellow than the original, with better performance and landing characteristics.” At just 1.3kg, Ozone’s EN D XXLite 2 takes single surface paragliders to new heights, says Marcus King. And it still just weighs about as much as your water bottle. 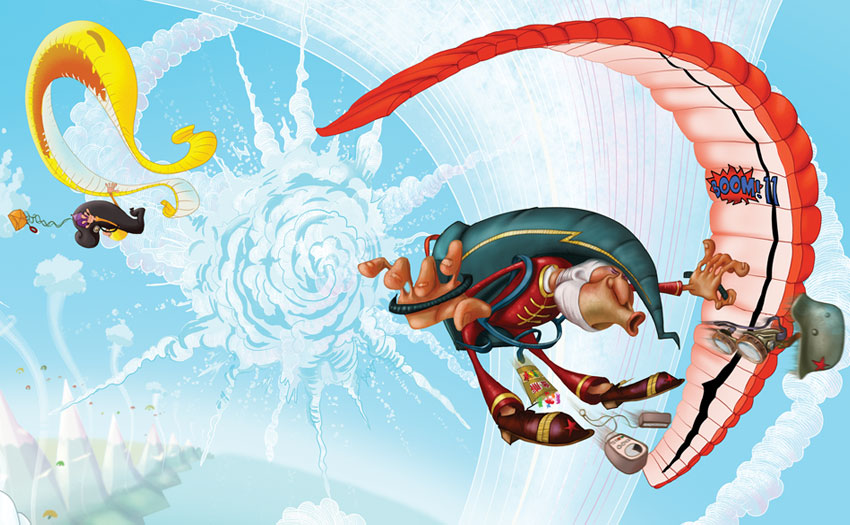 “There are no fairytales in paragliding… The first thing you’ve got to learn if you want to be a paragliding champion is how to be a good loser, for even the best lose more than they win.” 50-something veteran James ‘Kiwi’ Johnston continues his quest to get back into the competition game – and make the World Championships. 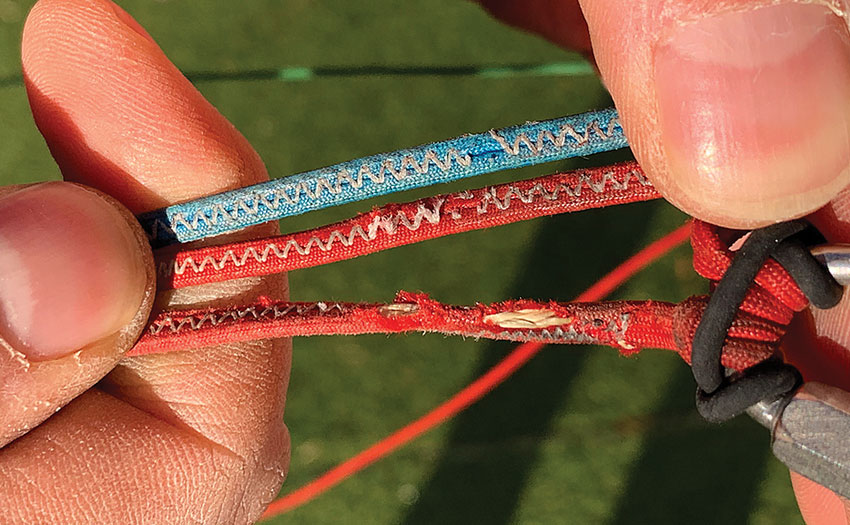 “Enemy number one is salt water and sea air. I had a PhD student do a study on the effect and he found a 20% reduction in strength for kevlar lines that got wet in salt water then dried out. For dyneema, it was a 50% reduction.” Bruce Goldsmith reveals how you can show your lines a little love. 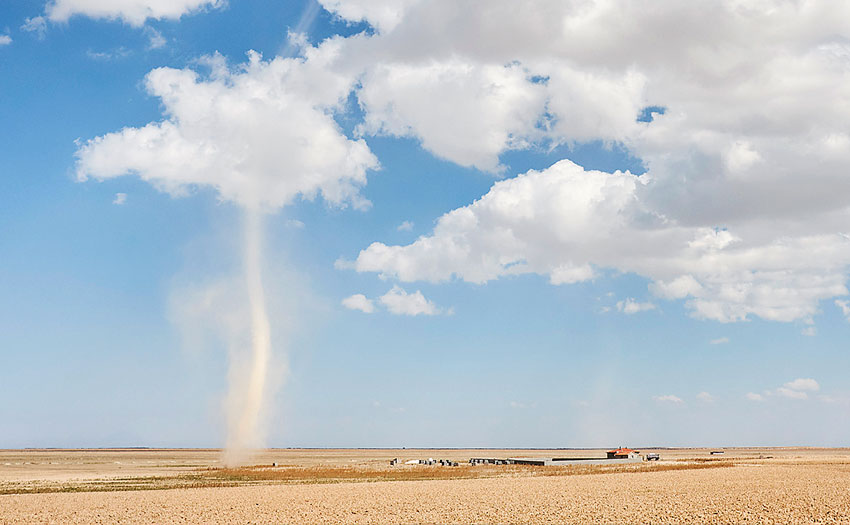 “It was a lot of Gs, getting lifted off the ground. When I got my bearings a second later, I was more than ten metres in the air and moving – I did a semi circle and could see the dusty, right next to me.” When Rick Brezina was snatched by a dust devil in Australia earlier this year, the video went viral. He tells us his terrifying tale. 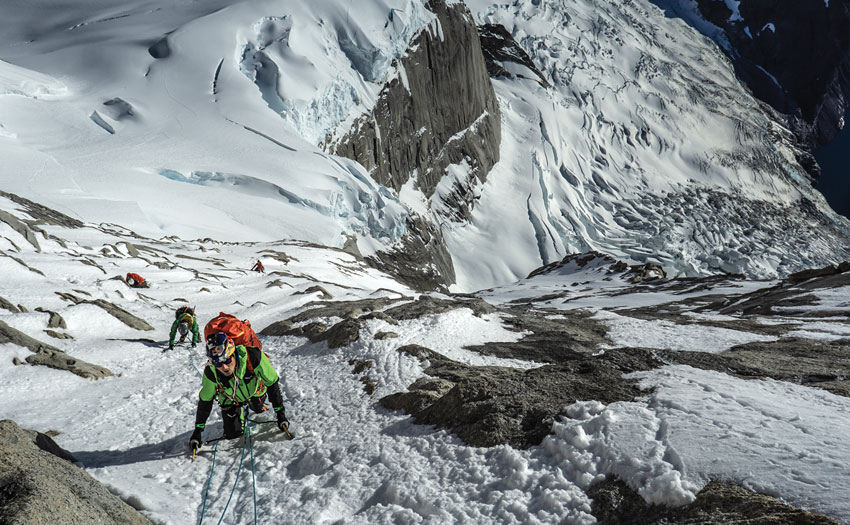 “It was gusting 50-60km/h, so it wasn’t possible to take off from the top. So I abseiled 60 metres down and found a little spot in the lee where I managed to launch. It was really sketchy, but…” Aaron Durogati heads to Patagonia for some big-wall climbing and ultra light flying. 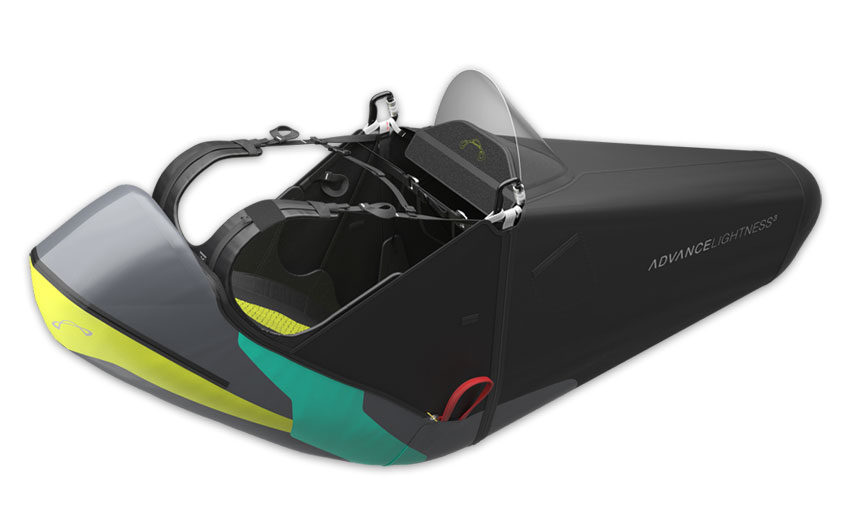 “The Lightness 3 is an extremely high-quality harness. It should certainly be on many pilots’ must-try list for an everyday semi-light harness.” A 3.5kg harness with a windshield? Yes please, says Hugh Miller, it really does the business. 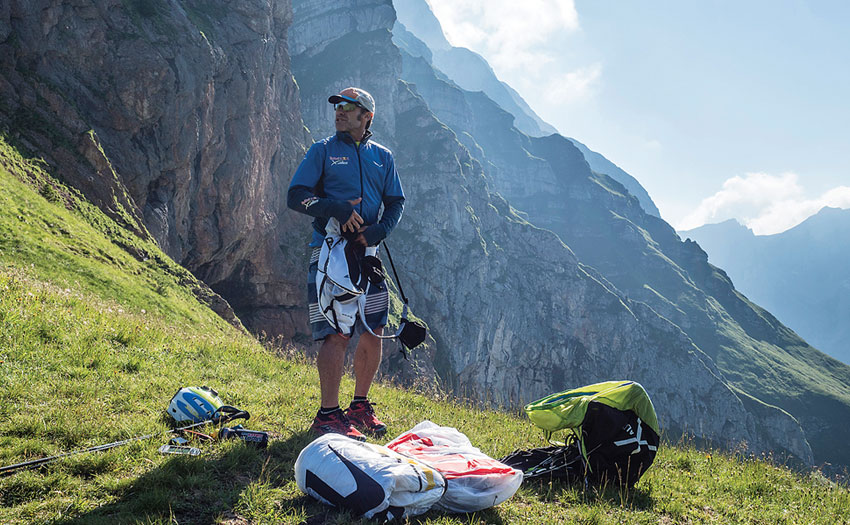 “The Red Bull X-Alps is the most challenging and awe-inspiring paragliding race on Earth. Of course, I’m jaded as I’ve done it twice, but I can confirm that at its core it is 100% diabolical.” So why do it again this year? Gavin McClurg reveals why he wouldn’t miss his third dose of hell for anything. 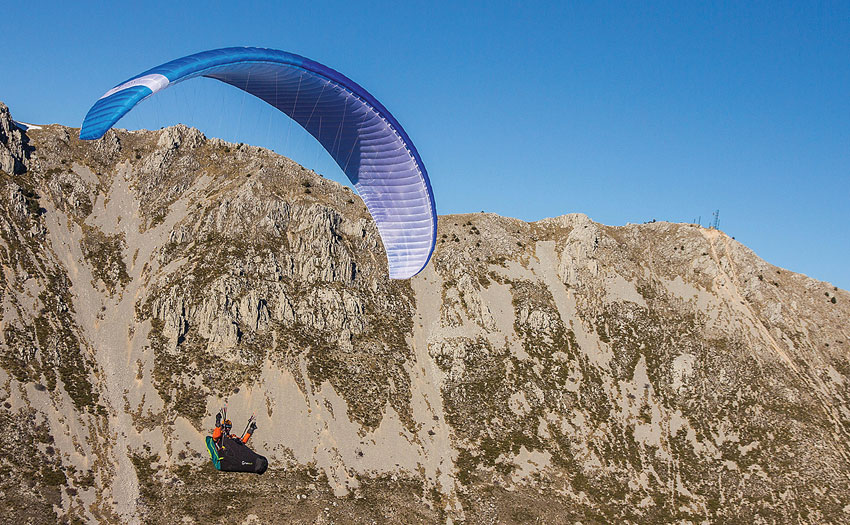 “It offers great climbing ability, combined with good handling and glide performance, which make for an efficient cross-country machine. It’s a great all-rounder that will take you on some adventures.” Marcus King gets a high off Supair’s EN B Step. 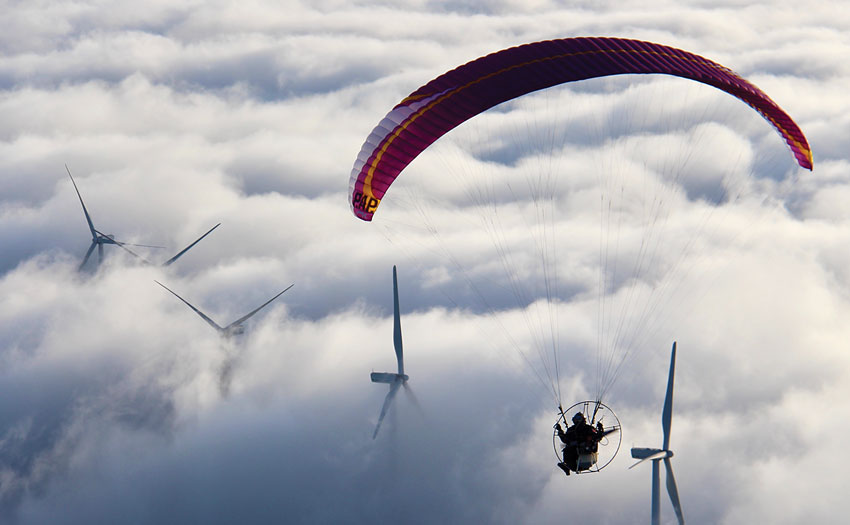 “I’m excited about the prospects of this machine – in fact, by all electric paramotors. For some pilots who are willing to express their pioneer spirit, this is a perfect fit.” Electric paramotors have yet to conquer the skies ¬– but the OpenPPG project hopes to change that. Jeff Goin tries one of its latest models, and gets a refreshing glimpse of the future.