How much difference does a pod harness make?

He’s the boss of Skywalk, and a few years ago he spent a day testing harnesses – one standard, one pod, and one “aerodynamically optimised” pod – at the Daimler wind tunnel in Stuttgart, where they usually test Formula 1 racing cars. 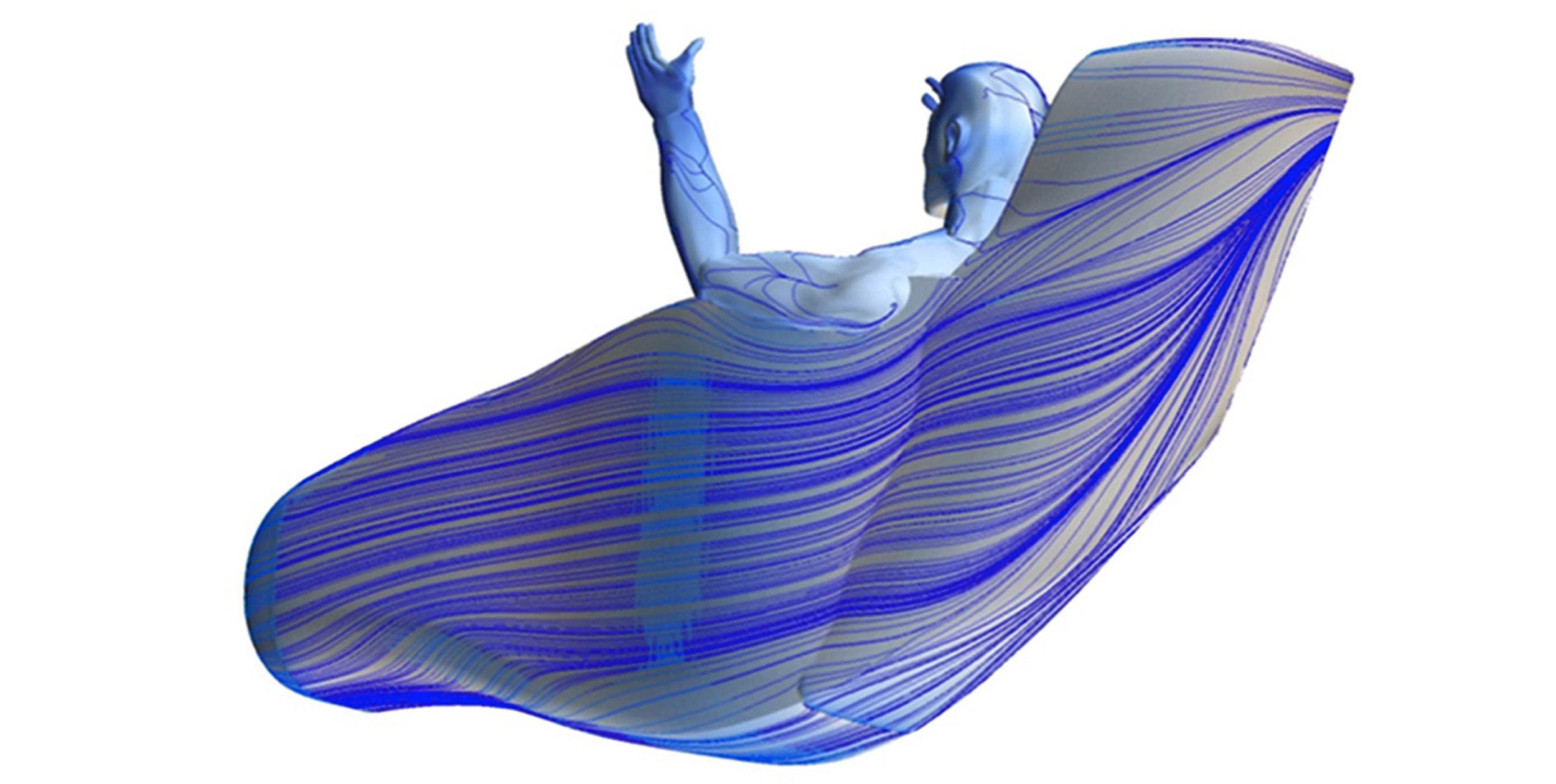 Skywalk access the Daimler wind tunnel in Stuttgart to test how aerodynamic their harnesses are. Image: Skywalk

Tying the harnesses down so they didn’t rock about, and ‘piloted’ by Skywalk pilots Reiner Braun and Oliver Teubert the team switched the wind tunnel to low (it is 125m long and has a maximum wind speed of 250km/h, controllable in 0.1km/h increments) and recorded the results.

To start with, the team assumed a launch weight of 90kg on an EN B paraglider and that the total drag of the glider, pilot and harness was 96N (Newton is a unit of force).

The canopy contributes the largest share at about 60N, the lines a lot less at 18N and the standard pod harness, with the pilot inside with hands out on the brakes, another 18N. All up that gave the ‘test’ paraglider a glide ratio of 9.3.

Perhaps unsurprisingly, when the pilot was then put in a conventional harness and seated in an upright position to compare, the drag of the pilot and harness increased to about 34N – a theoretical glide of 8.0.

But perhaps more surprisingly, when the pilot’s body position was corrected for the best airflow while in an aerodynamically-optimised pod harness, the result was a pretty sensational drag value of only 12N. The correct position, the team said, is legs quite high, so that the top of the harness is almost parallel to the approaching windflow.

The difference between the three – 12, 18 and 34N – is clearly substantial and will undoubtedly make a big difference to your glide. Interestingly, Skywalk found that the aerodynamic shape of the back of the harness – the harnesses they used include a 17cm foam back protector – matters just as much as having an integrated, smooth cockpit.

Long witches’ hat style fairings look racy but don’t do much; shorter ‘tail-fins’ do, and we know some manufacturers are currently experimenting with fairings that look like fish-tails.

The upshot of all this swinging about is that Skywalk say a good pod harness, used properly, will contribute almost two points in glide compared with a standard sit harness. The EN B they ‘imagined’ in the wind tunnel tests went from a glide of 8.0 with a standard harness to “nearly 10.0” with a pilot flying an optimised pod harness.

The conclusion, Skywalk say, is that a properly sorted pod harness can contribute more to your glide angle than going up an entire glider class.

However, before rigging an all-out race harness to your beginner glider, it must be admitted that pod harnesses also have a disadvantage. There is the increased danger of getting twists after a collapse, because the pod position leads to a significantly higher moment of inertia.

Many pod harnesses though also allow a relaxed upright seated position, so you can choose to sit up and beg when you need to. Other disadvantages of pods can include their weight and size and of course you have to get used to groundhandling with them.

On the other hand, they are very cosy, your instruments are ideally mounted and, as discussed, they reduce drag.

“Formula 1 would be overjoyed if they could achieve a 30% increase in performance from a single spoiler,” joked Manfred. “The tests show again how much potential remains in the sport of paragliding.”