At age 60 and having recently logged my 2,000th hour during 10 years of recent hang gliding primarily on topless, racing wings I am delighted at the prospect of owning and flying this next generation intermediate wing.

Last November I caught my first glimpse of Wills Wing’s highly refined successor to its venerable Sport 2. Steve and Wolfi were test flying 135ft2 and 155ft2 (12.5m2 and 14.4m2) pre-production models and when I looked closely at my photos I saw the large double surface and enclosed sprog improvements from the Sport 2. But there was much more than met my eye. 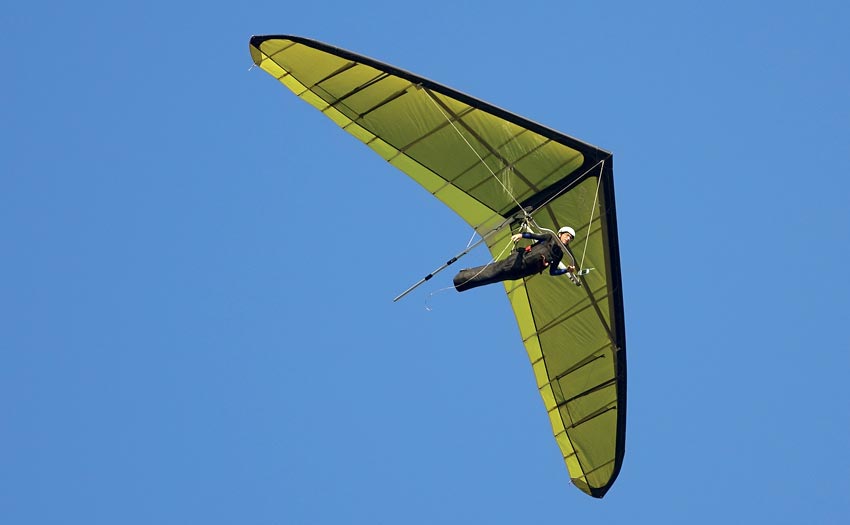 Steve Pearson test flies the Sport 3 135 at Andy Jackson Airpark, San Bernardino, California. The wing is one of a recent new crop of sport class gliders that have delivered a much-needed boost to hang gliding competition and the sport in general, as explained in Sara Weaver’s article that starts on page 49. Photo: Jonathan Dietch

Both models were surprisingly light weight and no fuss to assemble. The fit and finish of every component was excellent. Among the improvements were hemmed fabric along the sprog zippers for snag-free zips, floating transverse battens for a distortion-free top surface, Mylar film sail gussets where the batten tips engage, pre-tensioned speed battens to prevent flutter and oversized sail tip grommets with threaded inserts for the tip wand levers.

The keel stinger pops out with a quick squeeze of detent pins and serves as a kick-stand that nicely facilitates assembly/break-down. Tip wands are snap to engage/disengage with the cam-lever cups. The VG pulley ratio is reduced for a lighter pull on the rope with just the right total length.

Static balance is excellent for easier launches, landings and groundhandling. The wide VG range requires extra slack in the side wires which may take a little getting used to. Both gliders launched with ease at VG ½ which also minimises the wire twangs. VG full makes for easier groundhandling, especially when it’s breezy. 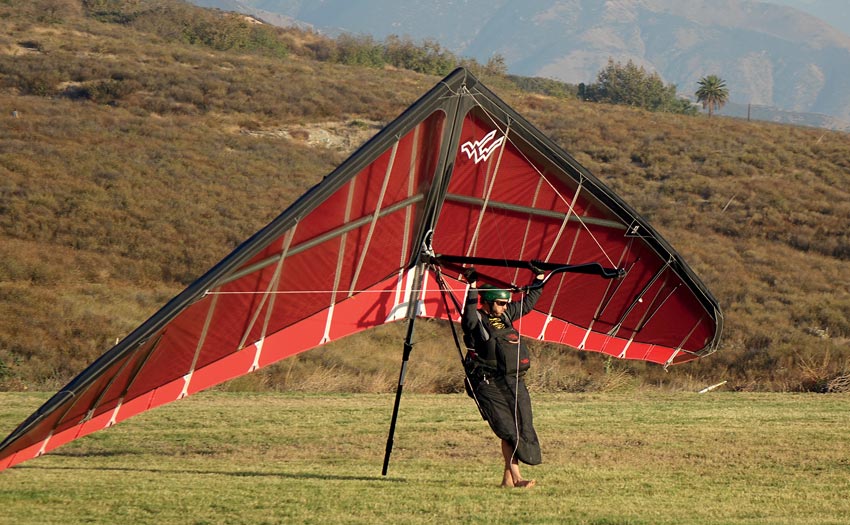 Both models had light, lively and well-coordinated turn initiation and exit at every VG setting. I only needed to high-side while turning slow in VG tight. There is little if any detectable adverse yaw and the nose has no tendency to hunt side-to-side at any combination of speed and VG. This easy and predictable handling enables the S3 to carry an intermediate pilot all the way into advanced XC flying or task racing if they choose to.

Pilots who tend to leave their VG on one setting won’t be disappointed. I fly with the rope in my hand and frequently trim the sail for best balance of handling and performance that suits the conditions and my rather limited stamina. I cannot overstress just how easy, effective and broad the VG system is on both model S3s.

Having over 1,200 hours on topless gliders, I was beyond impressed with the high-speed glide handling and performance on both model S3s. The bar pressure at 50mph (80km/h) on the S3 was moderate and at 58mph on the S3 Race it was light. Both gliders tracked straight even through turbulence with smooth and predictable control response. Neither glider required any special effort or talent at any point in my demo flights in air that ranged from glassy smooth through harness jolting turbulence.

I personally feel the S3 Race is a true comp version of the S3 with lighter bar pressure and higher useful glide speeds and similar handling at the slower end or with VG loosened. As the rope approaches and passes 3/4VG the difference becomes clear. I feel the S3 offers the recreational and developing pilot a glider that will carry them through many years of joy and progress. For old farts like me preferring less stress than topless.