Lots of pilots use phones or tablets paired with an external vario. They have the advantage of being able to run the software of your choice and a colour display that makes navigation much easier. But what if you want an all-in-one machine that has the benefits of a tablet but is just switch-on-and-go? Enter the Air3 (“Air-cubed”).

The front though is nearly all screen. It’s a seven-inch capacitive touchscreen so you will need touchscreen-compatible gloves or a stylus.

Power, volume, camera and SOS buttons are all located around the edge. Power input and data exchange is via a covered USB-C port. There are also sockets for a SIM module, so you can send and receive calls and messages, and a microSD card for increasing storage. The internal storage is already a whopping 128GB, with 6GB of RAM. The unit runs Android 8.1 which is maybe getting a little old (Android 12 was released in February) and some apps may require a newer version, but all the apps we tried worked fine. 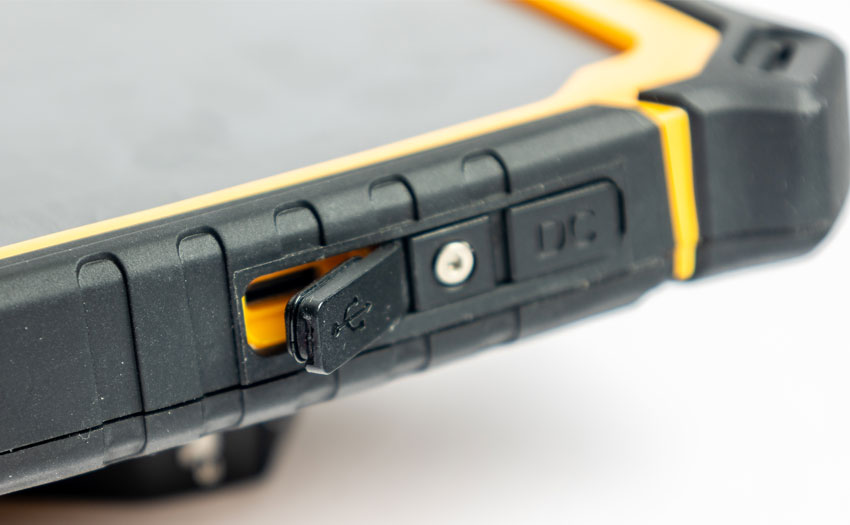 At first glance the unit looks similar to other rugged tablets you will see for less online. Bertrand Fontaine from the company told me they decided not develop their own case but to use one that was easily available. “It is very strong, so it made no sense to redesign one,” he said.

So, what are the differences between the Air3 and other similar-looking rugged tablets? “The main difference is the addition of a pressure sensor,” he explained. “Most just have GPS. We have selected a high-end sensor, which along with the fast processor can give precise information to the pilot.

“Also, the system is very integrated with XCTrack. The XCTrack developers test the code on our unit. We have also created a custom firmware and an app, Air3 Manager, to further improve the integration and the fly-out-of-the-box experience.” It is that bespoke engineering you are paying for.

When you switch it on it starts up Android and then takes you straight into XCTrack Pro. It comes with a lifetime license for this software. So just like any other flight instrument you are taken directly to flying mode.

The Air3 comes configured with ready-to-go profiles suitable for pilots from beginners to competition pilots, and also paramotor flying. A special mount is available to attach the unit to your paramotor frame and you can of course run dedicated PPG apps rather than XCTrack.

XCTrack, which is available from the Google Play Store, was created by the team behind XContest. It is a fully-featured flight app that gives full task and airspace navigation as well as a thermal assistant and general flying data. The Pro version that the Air3 comes with adds more functionality.

First and foremost is live tracking. This uses XContest’s live tracking system (xcontest.org/beta/live) and sends your position every 60 seconds to their servers. From the instrument you can choose to follow other pilots, who will then appear on your map. It is also possible to send messages to pilots via the system.

If you need to use another live tracking platform such as Livetrack24 or SkyLines you will need to use a separate app running in the background. I successfully ran XCGuide and SkyLines’ own app, but of course it is something else to think about on launch. You can also use the Open Glider Network (OGN) Radar app, again running in the background, to pull in Flarm information which can be displayed on the maps in XCTrack. This relies on you flying in an area equipped with OGN ground stations to see Flarm-only equipped nearby traffic. Currently Flarm transmission isn’t available, although you can send your position to the OGN via the internet. 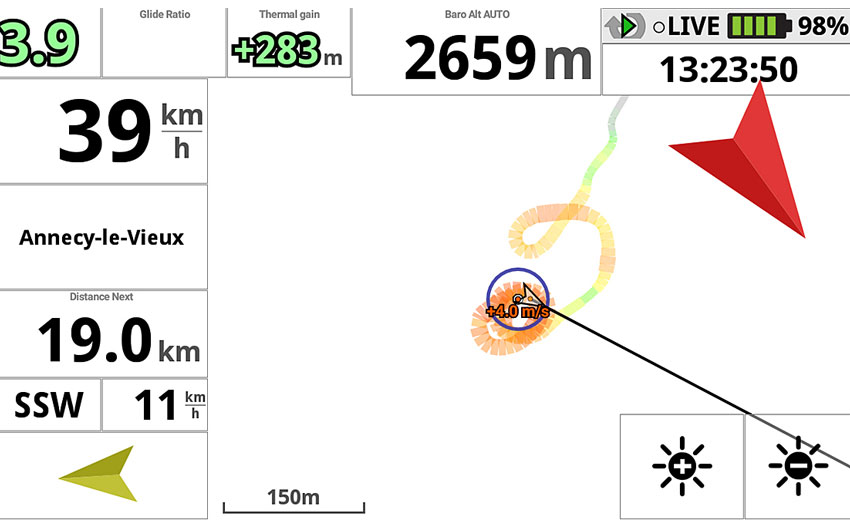 The thermal-assistant screen is clear and easy to understand

The beep and extras

The Pro version also allows you to customise the sound of the vario. To be honest I found the stock Air3 sound profile too hectic, although the XCTrack default profile is a bit more mellow. It is easy to quickly tune it to your preference with a graphical interface and an easy method for testing the sound on the device.

Other extras include use of the front camera for scanning task QR codes, so you don’t have to remove it from your flight deck, the ability to display rain-radar data on the maps, and a few extra data widgets.

One of those is a control widget so you can easily change the screen brightness from within XCTrack: great for optimising battery life. One final benefit is you can set a web page as one of the screens in XCTrack. This would allow you to easily see, for example, an online wind map such as SpotAiR in flight, giving you up-to-date spot readings – useful for flying in areas with strong valley winds. 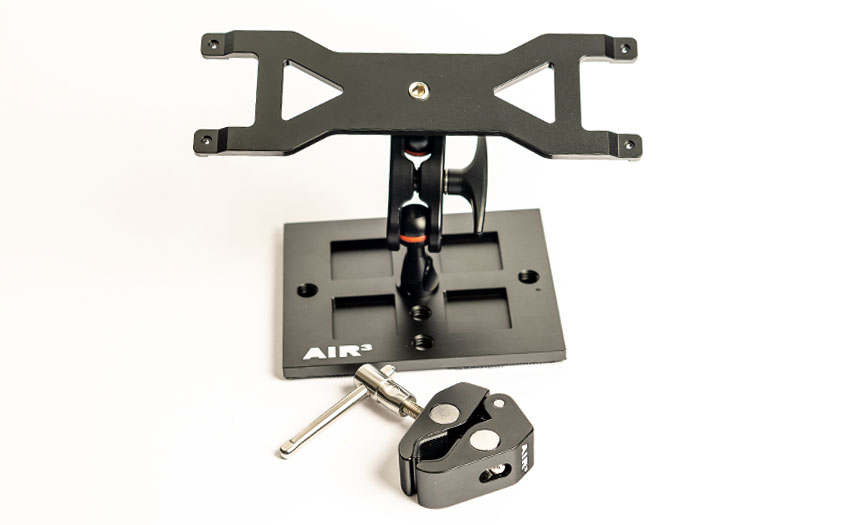 I have to say I have been a bit sceptical about flying with tablets in general, but I have been pleasantly surprised with the Air3. It helps that it is very easy to use. Despite the countless customisation options, you can genuinely just turn up, switch it on and go flying. Being a tablet makes things like sending tasks to it a cinch, as you can use Google Drive to transfer tasks you have planned online or even plan them directly on the device. Air3 have their own online planning software but you can use others.

Airspace is also automatically kept up to date using XContest’s system and will warn you of NOTAMs in your area. The actual vario is nice and responsive and once I had dialled down the sound for strong lift, was great to fly with. The weak lift indicator is not quite as informative as some but, overall, I was able to use the information to climb efficiently.

The screen itself is easy to read and I could notch it down a few clicks on brightness. Bertrand says using their special mount means you can get the screen at just the right angle for best viewing. It is also helped by the way XCTrack has been set up in the supplied profiles, with the key figures in black-on-white boxes separate from the map, which is easy for the eye/brain to pick out.

For navigation the map displays show the information in a user-friendly way with nice touches like the glide indicator showing where you are likely to land. Task navigation is equally easy with pages switching automatically, as you would expect from a high-end instrument.

While I haven’t had any very long flights during the review I have had a few of around three hours and landed with more than 50% power left. This despite maxing out the brightness, running tracking apps in the background and tethering the unit to my phone for data. If you expect to fly for 8-10 hours you may want to turn the screen down a bit or add a backup battery.

Once you land the close ties with XContest continue as you can set the instrument to automatically upload your flight to the online league. You can of course download the validated IGC file should you need it for other leagues. Inserting a SIM in the tablet or tethering it to your phone means all this can happen the moment you land.

If you are a pilot that likes the functionality and display of a tablet but wants the switch-on-and-fly ease-of-use of a dedicated instrument, then the Air3 could be for you. It comes configured and ready to go out of the box and is easy to use in the air. Plus, the open Android OS makes it very flexible allowing you to run specialist apps as needed or just for some entertainment as you wait for a lift home.