Last year, as expected, Switzerland’s legendary Chrigel Maurer won his sixth Red Bull X-Alps. However, after refusing to fly one in previous editions, this was the first time he did it on a two-liner. What changed?

Like Ozone’s Zeolite and Zeolite GT the Omega XAlps 3 (OXA3) is a high-performance two-liner that is not only a pleasure to fly but also to launch, land and pack. This glider is Advance’s Swiss Army Knife and was developed with the help of Chrigel and Advance test pilot Patrick Von Känel – a process that reportedly required more than 30 prototypes.

As a performance enthusiast I could not be happier to try such a toy. I flew the size 23 (85-97kg) loaded up to 92kg, using the Skywalk Range X-Alps2 harness. The testing was done in the Interlaken area in conditions varying from weak to stormy Alpine conditions, using official sites as well as improvised mountain launches. 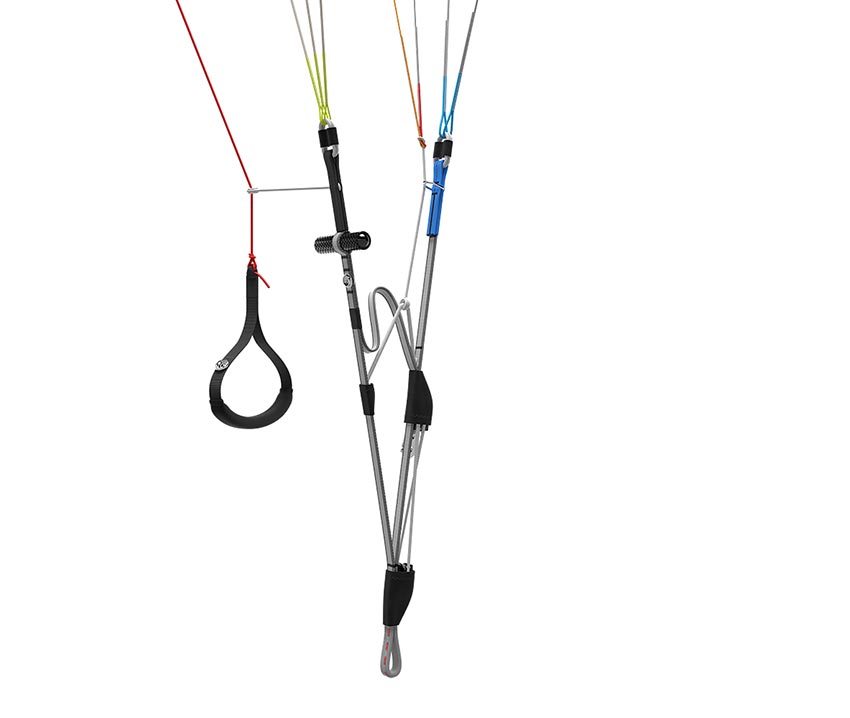 The first thing I noticed was the volume: it’s very, very compact when packed. Lifting it up at 3.6kg it’s hard to believe there is a fully-functioning two-liner in the bag.

Next thing to notice is the level of detail on the risers: optimised for weight but still with a sturdy feel. The control handles on the B’s meanwhile are made of carbon fibre and are very comfortable to hold.

Looking at the sail, Nitinol rods shape the glider. They are thin and flexible enough to allow the OXA3 to be folded very small.

Unlike most two-liners the OXA3 doesn’t need any particular technique or layout to achieve a successful take-off. From zero to strong wind you can literally just throw it, check the lines and launch. It doesn’t even need much input to stop the shoot and is very manageable once inflated. Tailwind Alpine launches of course require a good layout but the wing comes up well, sometimes needing just a small pump to open the tips.

Once airborne, the OXA3 feels solid and cohesive with moderate feedback. The brake pressure is medium and constant, handling is direct and requires no wrap. In strong thermals the wing likes to turn in one single block; there is good authority to stay in the smaller cores, not much tendency to dive and the tips remain solid. In the weaker stuff, the OXA3 performs great, although it took me a while to get used to a certain lack of intuitiveness due to the wing’s solid nature.

On glide the OXA3 cuts the air very efficiently with no drama. Push the speed bar and you feel the solidity through the risers. Even in turbulent air the glider maintains its cohesion while still providing feedback. Personally, I would recommend always keeping a bit of tension on the rear risers when gliding through rough air.

For its intended purpose of allowing you to make distance even when conditions are not ideal, the glider is a weapon. In terms of sink rate, glide at trim and full speed bar, the OXA3 is competitive in the two-liner EN-D category. However, when going pulley-to-pulley the OXA3 misses a couple of km/h against its competitors.

The wing has great pop for landing, so coming in with a lot of energy will reward you with a cool, gentle landing, or as Chrigel calls it, a “speed landing”. Pumping down is efficient so long as you are aware the stall point is a little higher than other two-liners. 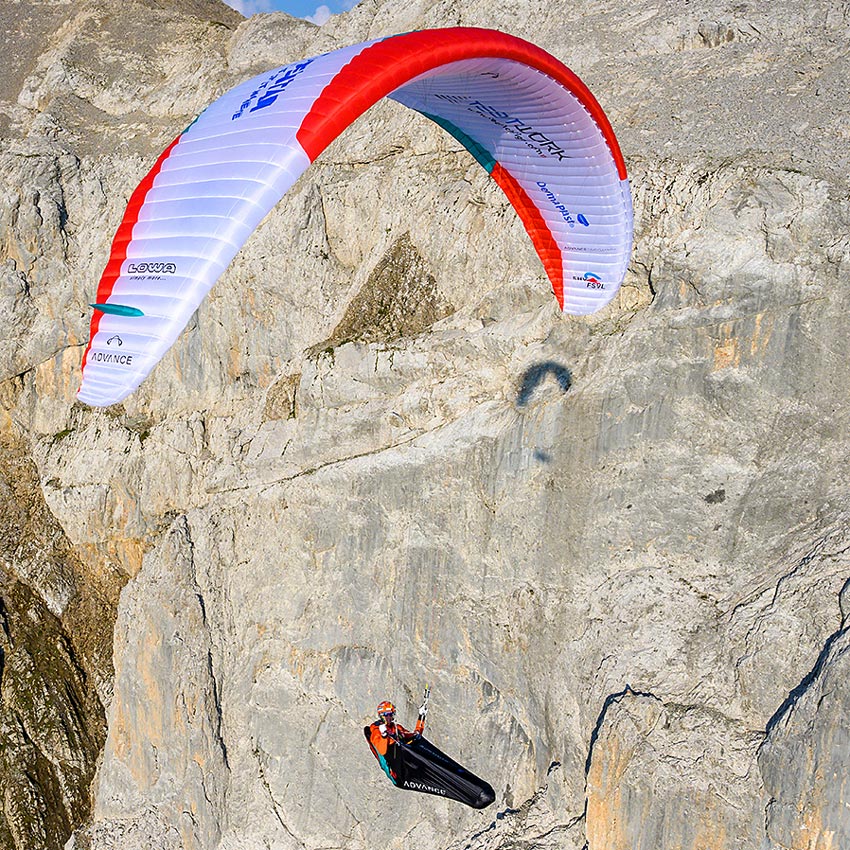 Aspect ratio is 6.95 with 63 cells – keeping the weight down and the usability up. Photos: Advance / Adi Geisegger

Even though this is one of the most confidence-inspiring, easiest two-liners I have flown, it’s still a two-liner and it’s still an EN D, so it should be treated with respect. The wing will certainly be enjoyed by XC hounds, vol-biv experts, hike-and-fly racers, and those who are moving on to two-liners.

Advance have done a really good job creating a paraglider that fulfils the needs of a Red Bull X-Alps pilot while also appealing to those looking for simple, user-friendly performance. The wing has amazing take-off and landing capabilities, an incredible weight and packing volume, and accessible performance. The confidence it inspires makes it an ideal tool for racing in the mountains, chasing your personal best, going on a vol-biv adventure or simply gliding home after a long walk. Let your imagination decide.

Seb Ospina is an XC, competition and professional tandem pilot. He divides his time and seasons between the Cauca Valley in Colombia and Interlaken in the Swiss Alps