Turning next to the ridge on a paraglider. Photo: Ed Ewing
Other

The first time I attempted a 360 on a paraglider at ridge-top height I ended up piling downwind into a spikey thorn bush on top of the hillside. My body entered the bush like a torpedo at high speed and I was trapped inside a prickly tunnel. Fortunately I was completely uninjured except for arms full of thorns.

I had made the simple mistake of doing a 360 too low and not judging correctly how much space I needed to complete the manoeuvre.

Recently I saw another pilot perform the same mistake, although he was not as bad as me in that he did not actually hit anything! The pilot performed a low 360 just above a ridge and ended up putting himself behind the top. He was unable to get forward again against the wind, resulting in a forced top-landing behind the lip of the hill.

As the ridge had a plateau behind this was not a big deal. But it turns out that this error is not so uncommon.

Other instructors have stories of similar incidents from pilots of mid- to low-airtime. We all have to learn this lesson at some stage, and I hope that a new pilot can learn it from this article rather than from the bruises and broken bones that can easily result from this basic error.

Why we get caught out

We are all taught from the start in paragliding school that you need more space than you would expect when doing a low 360, especially when close to the ridge, but pilots still get caught out. Let’s look at the reasons why it is so easy to be taken by surprise.

It’s what every student learns at school: that you go faster downwind than upwind and when you are doing a 360 this happens automatically.

The airspeed of the glider in the 360 should remain roughly constant, at say 35km/h. If you have 20km/h wind then on the downwind leg you will be going over the ground at 55km/h. 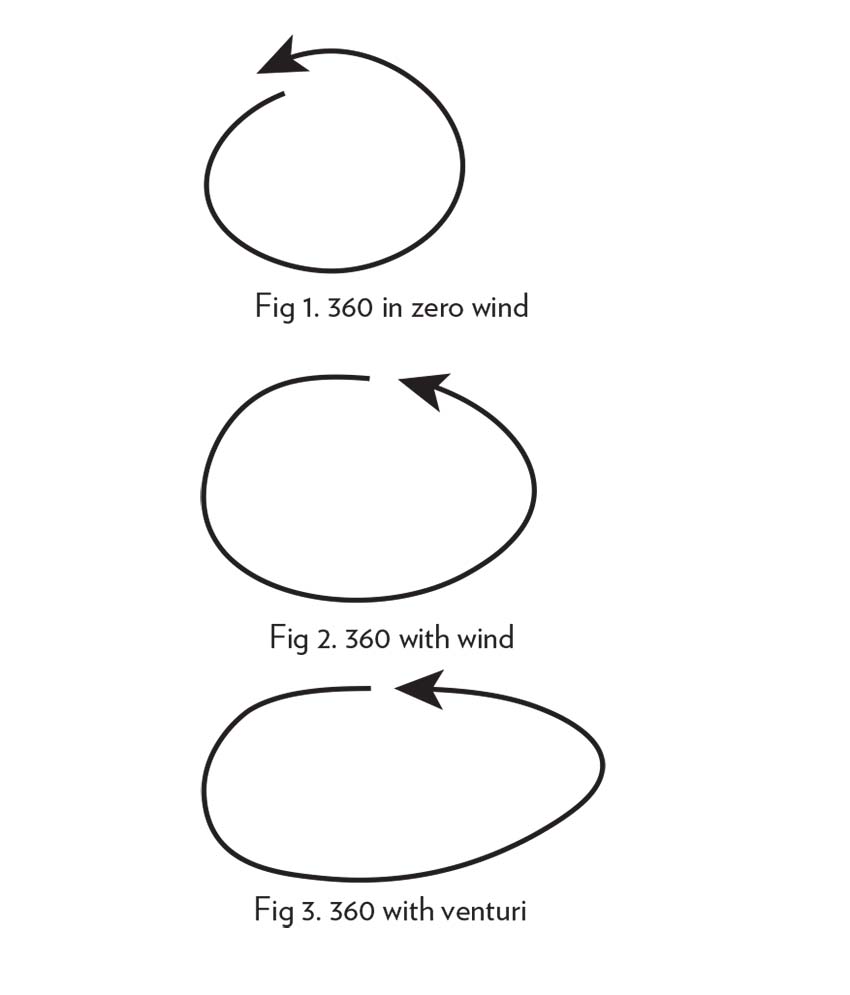 So from hovering on the ridge with a forward speed of 15km/h you turn downwind and will be doing 55km/h.

This means that you need a lot of space to complete your 360. We are all aware of this, and it’s the need for more space on the downwind leg that’s critical here, not just the difference in groundspeed.

Compression above the ridge 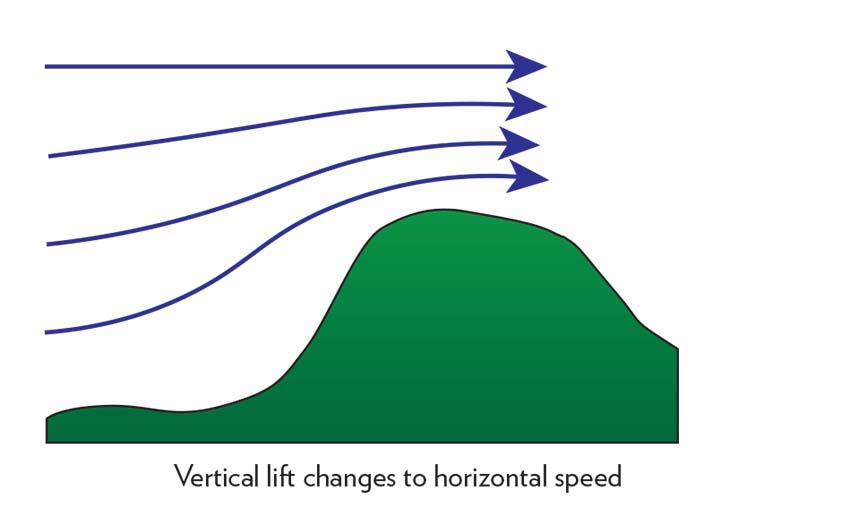 The elliptical shape of a 360 in wind is distorted by the extra wind just above the top of the ridge, meaning that a pilot who has correctly compensated for the relative wind problem can still be caught out by the increase in windspeed above the ridge.

There is not only an issue in the horizontal sense, but also a problem related to height. Pilots think they are high enough to clear the top of the ridge, but when going around the back of the 360 they get less lift than expected and hit the hill.

So, don’t get caught out: always leave yourself a good margin of error when doing a 360 just out in front of the ridge