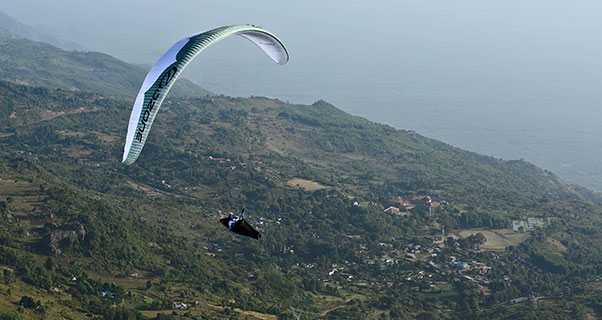 Greg Knudson set a new world record for Speed over an out-and-return course of 200km in January.

He was flying in Kenya’s Kerio Valley and had gone there with a team specifically to break the world record.

Launching early on the morning on 19 January he flew for seven hours and averaged 36.33km/h to beat the previous world record by 20 minutes.

Greg said: “The trip was fantastic. We went there to set a record a we did it.”

He added: “Preparation was key. I had set myself timed points along the course that I had to meet.

“At the 100km turnpoint I was an hour behind and the voice inside me was just saying ‘Go land’. But I kept pushing and once I tagged the 100km mark the day changed. I just kept going and I finished 20 minutes ahead of the old record.” 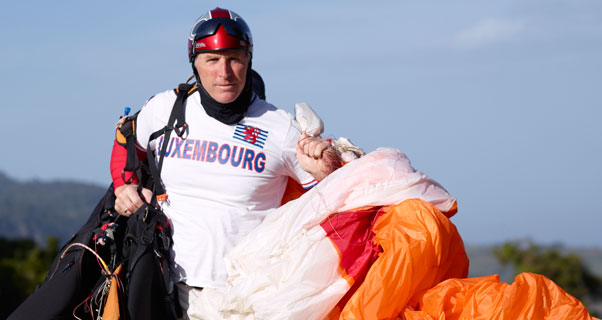 Greg Knudson in Kenya in January 2013.

The previous Speed over 200km out-and-return record was set by Marko Novak in Slovenia in July 2006. He averaged 34.15km/h flying his Gradient Avax RSF.

The record is Greg’s second world record. Exactly a year before to the day, on 19 January 2013, Greg set the Speed over 100km out-and-return record in the same place.

Hunter Marrian and Felix Wolk were part of Greg’s team and were there photographing and filming the 200km world record attempt. 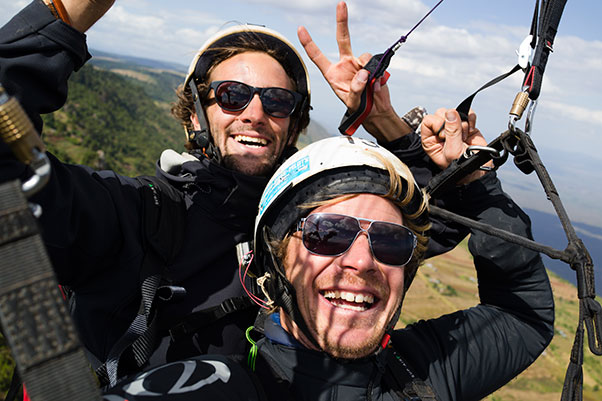 With Greg’s record in the bag Hunter and Felix flew the next day and set a tandem world record for Speed over an out-and-return course of 100km. They averaged 33.17km/h.

Brett Janaway and Marshall Hall held the previous record for a flight in April 2011 from Slovenia, averaging 31.92km/h.

In recent years Kenya’s Kerio Valley has developed a reputation as a place to go to fly 100-200km out-and-returns in January. A north-east facing escarpment that is part of Africa’s Great Rift Valley in January trade winds set up that allow fast flying along the 150km ridge.

The records are with the FAI for ratification.