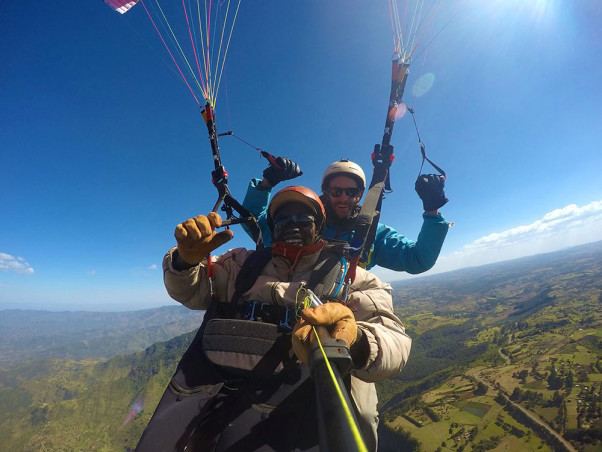 Hunter Marrian of Paraglide Kenya has flown a 211km out-and-return flight on a tandem from Nyaru in Kenya’s Rift Valley on 29 January 2015, which if ratified could break two FAI World records.

Hunter and his passenger Evan flew a Gradient BiGolden XC, and details of their flight can be scoured and pored over on XContest.org

It’s late January in the Kerio Valley, and it’s another WORLD RECORD. Breaking two Out and Return distance records in one flight. Free flight, and to a declared turn point in Tandem

Flying for 9 1/2 hours covering a total 211km, with my main man Evans. Co-pilot, wind spotter and legendary support man. Would not have been able to do it without him.