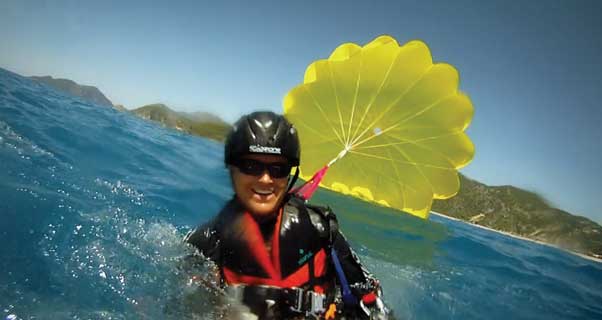 Jocky Sanderson in the water while filming Security in Flight 2

The release of Jocky Sanderson’s new film, Security in Flight 2, gave us the perfect excuse to ask some questions of the maestro himself. With a professional flying career that stretches back over twenty years Jocky is known throughout the free flight world not only as a bit of guru when it comes to all thing paragliding, but also as a genuinely nice guy. Jocky, we asked…

Your new film is out. What can we expect?
170 minutes of inclusive, informative and visual paraporn, using HD, slit screen, slow motion and dynamic air-to-air footage we are able to demonstrate the gliders reaction to pilot input in much more detail. It should answer most of the questions that pilots have been asking me for the last 24 years.

And who’s it aimed at?
Pilots of all levels really, but mainly to 0 to 500 hours experience. We have used both a beginner and advanced glider, throughout all the manoeuvres, so that pilots can see the difference in the handling required. It is interesting and I think you see that, done correctly, high end gliders can stall and handle beautifully, which should help dispel a few myths surrounding these beautiful wings. But it is important to fly within you skill level.

The four minute intro to Security in Flight 2

It’s been two years in the making – why so long?
Because I had to fund most of the film myself and we had to run courses to pay for it, so it was a bit of a catch 22; while we were working, we couldn’t film. Plus, we kept on adding content because we thought pilots would benefit, like the testing section, descent rates, and the comparisons etc. These all take time to set up and film.

What was your favourite part of making the film?
The flying and mucking about with friends and sharing knowledge with fellow pilots. 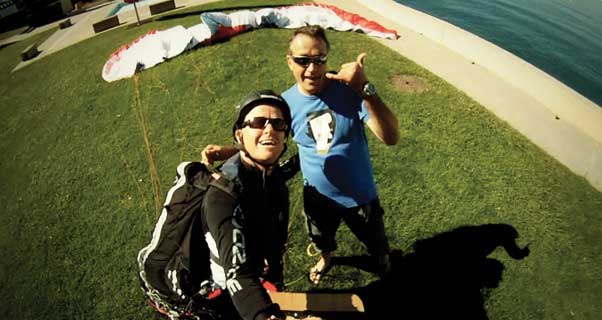 And the worst?
Long nights editing and doing voiceovers

Give us a rundown of who was involved: all the behinds the scenes crew, the pilots and those who pulled out all the stops to make it happen.
Well, that is a long list. The whole team at Escape helped make it happen, but perhaps the one figure that stands out is Foram Pandya, she is the one who galvanised us and she was the driving force behind the editing, website and booklet. She is an inspiration.

I heard you have Bollywood involved. What’s the connection with the colourful Bombay movie scene?
Yes, you are right! Thanks to Foram, the razza-ma-taz of the great Bollywood movie scene was involved. We drew upon their wealth of experience in the packaging, production and all things technical. The next film will involve me Tapori dancing  around on one foot, with my hands held high in the air, smiling inanely, wearing my stylish Sikkim silk gown and crown. 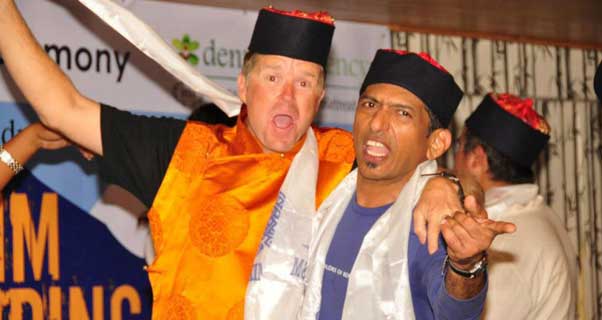 Jocky and Manoj Roy, at the Sikkim Paragliding Festival in November

Rather than sit and watch it all the way through you say you’d like pilots to dip in and out of each chapter. Tell us a little bit about how that will work.
We have split the film into two DVDs, Disc one is all the SIV manoeuvres a pilots would expect to do on a course plus a bit more about pilotage and Acro etc. Disc two is all about testing and emergencies which include reserves, twists, water landings, cravats, spiral lock in recovery and much more. The idea is that pilots refer to chapters when they would like visual answers to questions or when something has happened in their flight and they would like an explanation.

Your last movie was a classic. But it’s now 17 years old. How has the advice for dealing with incidents in flight changed in those two decades? Can you give us any specific examples?
The last film had the basics, but didn’t go into detail, slowing moves down, using splits screens and comparisons etc. The new film has more time to go into much more detail, comparing reactions and responses to scenarios and also uses high definition footage and editing to enable the viewer to really see what is going on in real time, which I hope will help them get a better understanding, without exposing themselves to big risks of doing it. They can leave that to us nutters. 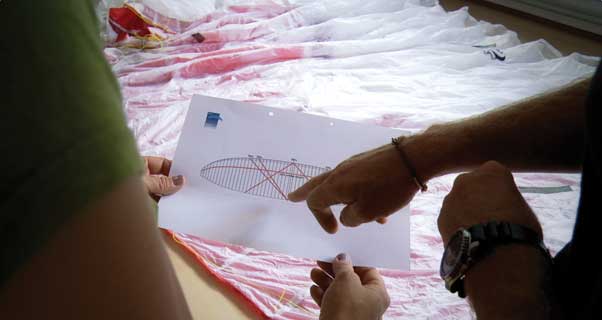 Explaining testing during Security in Flight 2

In the last few years we’ve seen a big leap in design and performance. How has the new technology – the use of plastic rods for example – changed how gliders react to incidents in flight?
Things are moving fast, but I feel that through our DVDs and the wonders of the internet, pilots are able to be kept abreast of developments, and the actions they need to take to deal with collapses etc, using race harnesses, two liners and plastic rods. The plastic strimmer wire inserts have not caused and noticeable problems as yet, and I feel that, in flight, they are great. There is an issue with them wearing out, where they rub on the ground, but mylar leading edges do the same too. If pilots register their details at www.securityinflight.com I hope to use that as an international hub for safety notices and tips, so that pilots are made aware of safety issues, as soon as they start to appear. 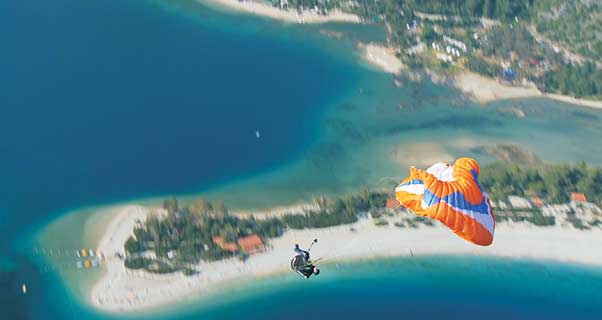 Filming Security in Flight 2 in Turkey

What’s the most important message you’d like pilots to take away from your movie?
Have fun, never stop learning and be quick to react, but be sensitive enough not to over react.

Give us the elevator pitch (30 seconds) for why we should buy your movie and have it to keep, rather than just waiting for it to be ripped and uploaded to the internet somewhere so we can watch it for free?
To keep yourself safe and get a better understanding of glider control so that you can be relaxed and enjoy the stunning environment that paragliding has allowed you to be in. The film cost over £50,000 to make and used up thousands of hours by people who are passionate about keeping their fellow pilots safe, so please support this and future productions, by sharing that commitment to everyone’s safety, and buy the original. Plus if you rip it off you don’t get the 120 page colour booklet that accompanies the film.

You’ve done this, it’s a huge hit, you can now retire to that flying site in the sun. What’s next? Will you be planning another movie? More travels? Adventures? What’s on the horizon?
Retire? The maths don’t work! It is not about the money really, you don’t get rich in paragliding, it is more about supporting a great lifestyle, sharing knowledge and enjoying good times with great friends, all over the world, and I will continue to do that until I shit my pants through age or fear. 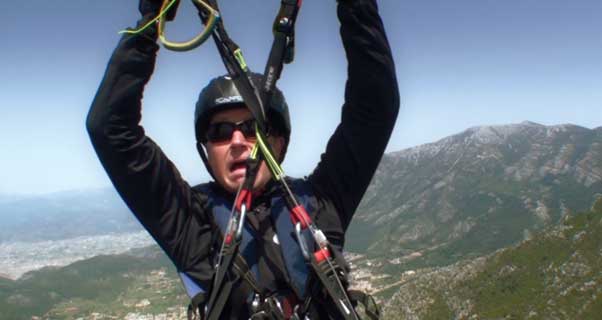 Jocky, pretending to be scared while demonstrating Twists

And finally, anything you would like to add, please do it here.
A BIG thank you to everyone who has helped with this huge project and thanks to all of you that support it. Get yourself registered and keep your finger on the pulse of glider control.