Michael Sigel of Switzerland flew 551km from Caicó (Brazil) on 7 October 2018, setting a new world record for ‘Free distance using up to 3 turnpoints’ (to be ratified).

Michael flies a Gin Boomerang 11, and if approved by the FAI, the flight means he will take the record from Charles Cazaux of France, who holds it for a 476.5km flight in Australia in December 2015.

2018 has been a fantastic year for Michael, who won the PWC Superfinal in Colombia in January, and the 2018 World XContest, where he pipped Chrigel Maurer to the top spot with a point score of 2693.48, versus Chrigel’s 2622.37. 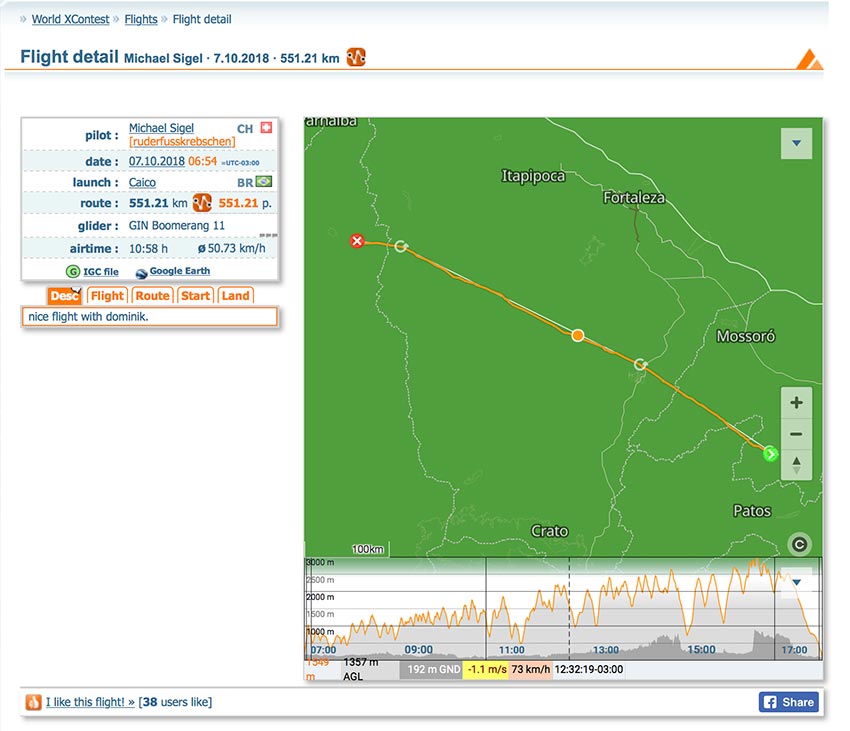