The German-language edition of Mastering Paragliding is available for pre-order now from the XC Shop, and will be shipping from 5 August.

The book has been professionally translated into German by FAI Women’s Paragliding Acro World Champion Christina Kolb, a professional EN>DE translator, and proofed and copy-edited in German by pilot and publisher Andreas Wolkerstorfer. 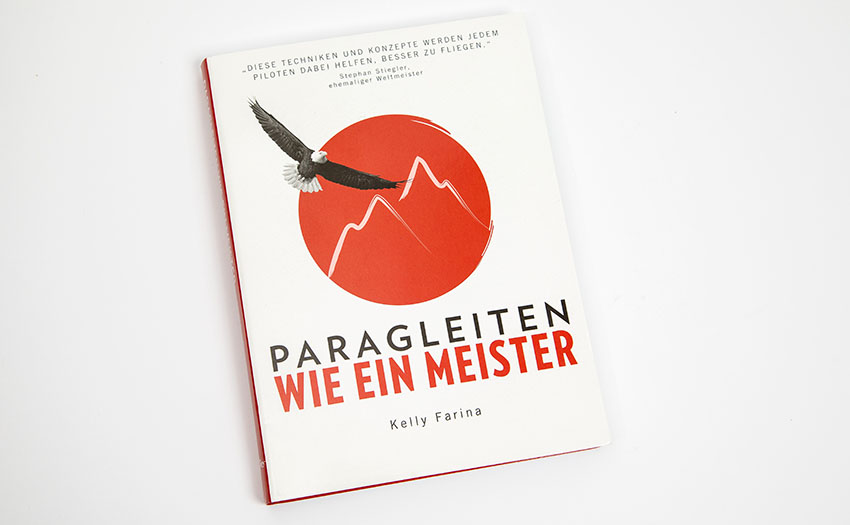 The author is Kelly Farina, a British pilot and paragliding guide who lived for many years in Austria. He runs Austrian Arena.

It is published by Cross Country Magazine, and will be distributed in Germany and Austria by Thermik Magazine.

The English edition was published three years ago in summer 2016, and greeted with acclaim. In a review in USHPA magazine Josh Cohn called some of Kelly’s ideas and concepts “genius” and wrote “I wish I’d had this book when I’d started flying in the Alps. I could have avoided learning some of the lessons the hard way, and probably would have had better, safer flights sooner.”

Paragleiten wie ein Meister is available through the XC Shop at €29.95 / £24.95 and other free-flight retailers.