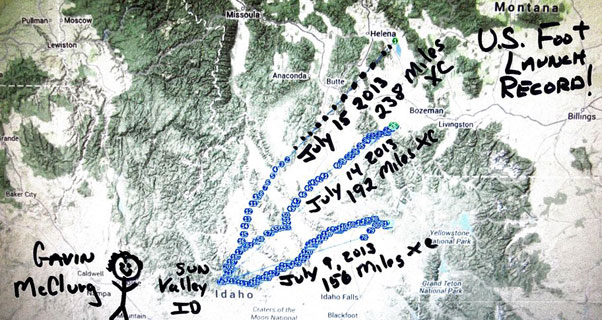 The flight was the culmination of an amazing week for Gavin – the day before his record flight he flew 311km from the same site, while earlier in the week he’d flown 240km. 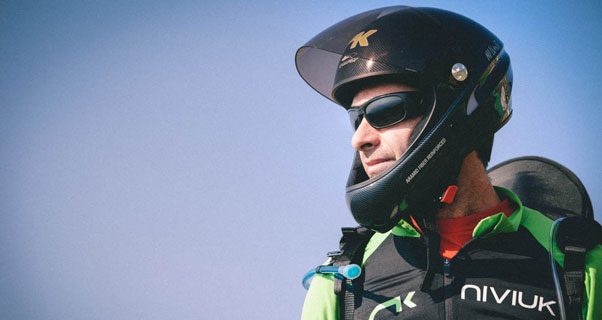 On July 15th, 2013 the foot launch record in North America and new Idaho State record was set on the Niviuk Peak 3 from Bald Mountain, Idaho in Sun Valley to Canyon Ferry Lake, near Helena, Montana.

The flight lasted seven-and-a-half hours and average speed was just over 52 km/ hour and was 387 km (240 miles) straight line from launch (395 km with turnpoints).

I had to land at 1820 as the OD I’d been running from all day to the south on the Continental Divide finally caught up…which is crazy to think about. There were another 100-150 km’s left on the table.

Gavin was part of the team which flew the length of the California Sierras last year. He and his girlfriend, pilot and photographer Jody MacDonald, made this audio slideshow about the trip.