Fraser Monteith and Vicki Zadrozny won the first ever Wanaka Hike and Fly event that took place over the second weekend of March 2021.

It was masterminded and directed by X-Alps athlete Kinga Masztalerz, who says it was the first hike-and-fly race to have been held in New Zealand. Which is strange, she added, because, “NZ mountains seem to be made for hike-and-fly, with low tree lines and not many roads.

‘Kiwi Style’ racing meant it was inclusive and flexible, with emphasis on the fun. All pilot levels were catered for, and pilots designed their own routes to take in as many turnpoints as they wished.

Scoring was by points: one point for an easy-to-reach turnpoint and two for a trickier one; there was an eight-point penalty for failing to make the finish cylinder, and a big five-point party bonus was awarded to athletes who made it to the designated overnight camp. This not only encouraged camaraderie and friendship, but on a practical level it meant route ideas for the following day could be shared over a bowl of pasta and a beer or two. Win-win.

The race was a great success, with people pushing their limits in a friendly atmosphere, and no injuries save for a few hard-earned blisters. Kinga reported, “I’m almost never 100% happy with myself, no matter what I achieve, I always beat myself up that I might have done something better. However watching this event come to life, the awesome energy it created and huge, exhausted smiles on everybody’s faces at the end, yeah, this time I’m feeling bloody proud!”

This event was oversubscribed with a long waiting list, although travel restrictions meant in the end only 25 of the 40 pilots were able to take part. Kinga says they are definitely planning for a “next time”, and they’ve hinted that they might even make it longer. 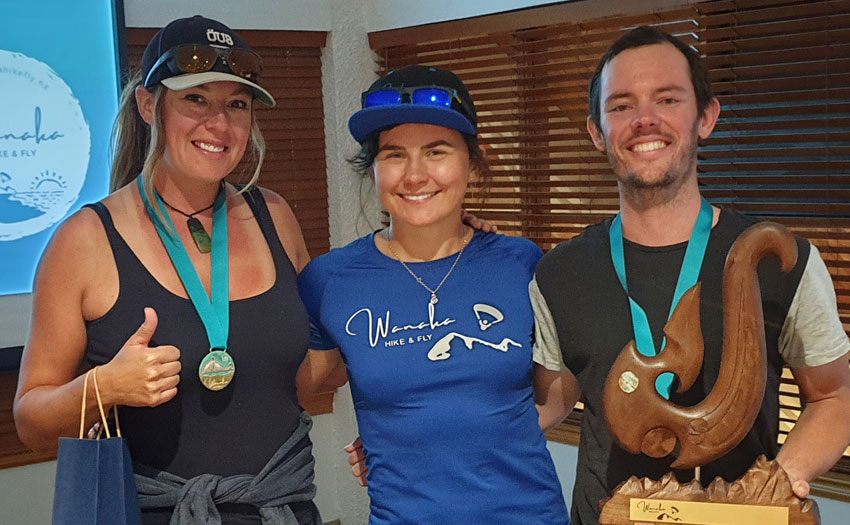