Chrigel Maurer reached the final turnpoint and the end of speed section on Friday 1 July, to win the X-Pyr 2022. He will hope to fly down to the finish line on the beach at El Port de la Selva on Saturday morning, to celebrate his 4th victory.

The last day had been a thrilling race between Pierre Rémy, Maxime Pinot, and Chrigel. Pierre started the day in the lead, having flown over the others’ heads the evening before, but the positions switched and it looked as if Maxime might win when both Pierre and Chrigel landed on the north side of Canigó in the afternoon, and Maxime flew into the lead.

Chrigel put in a mammoth effort to make the steep climb back up to launch again, and flew past Maxime again to make it almost all the way to the final turnpoint, in the air and complete the end of speed section first. 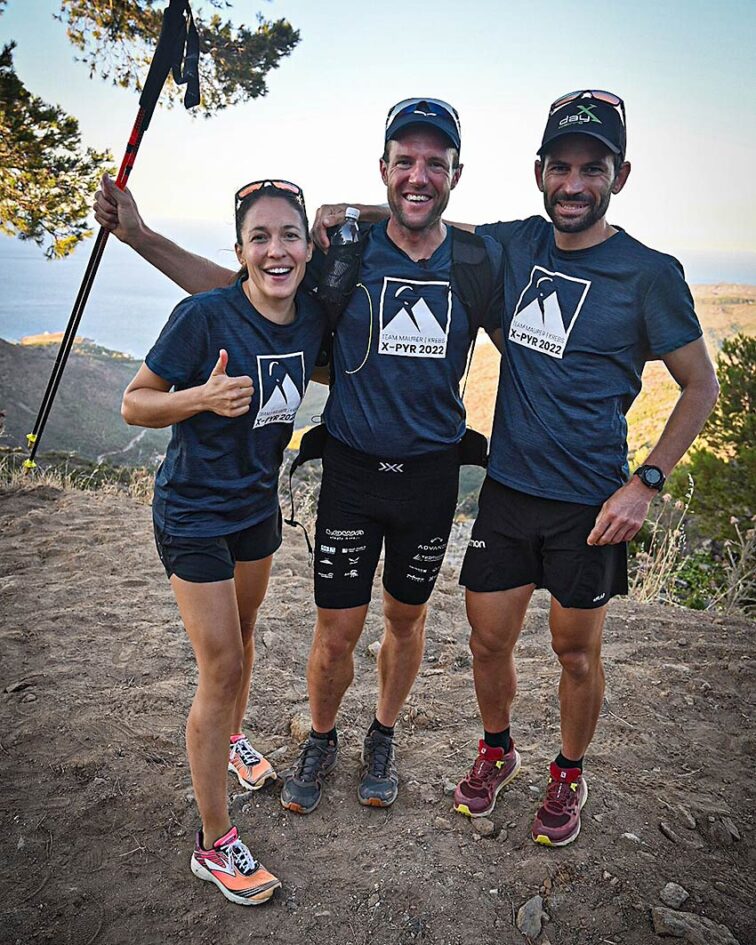 When asked about Pierre having been ahead at the end of Day 5, Chrigel said: “I thought today was [Pierre’s] day, but tomorrow is my day!” He was right.

Chrigel’s finishing time at the end-of-speed was around 5 days and 20 hours; the remaining competitors have until 9pm on 2nd July before the race officially stops.