Bogdan Bialka flew more than 275km along the length of Ireland on Thursday 15 April – the longest distance ever flown in the country. His flight measured 276.02km on XContest, and took him just under seven hours at an average speed of 41.76km/h.

Bogdan, a Polish pilot who lives, works and flies in Ireland, was flying a Niviuk Icepeak X-One. He launched from Slievebawn (572m), a subsidiary peak to Mount Leinster (794m) in the south of Ireland. The launch site is close to the Mount Leinster car park, which meant just a short walk to launch.

After taking off he soared the slope, climbed out, and was gone. His flight then took him in a NNW direction across the counties of Wexford and Carlow before crossing the rest of the country. 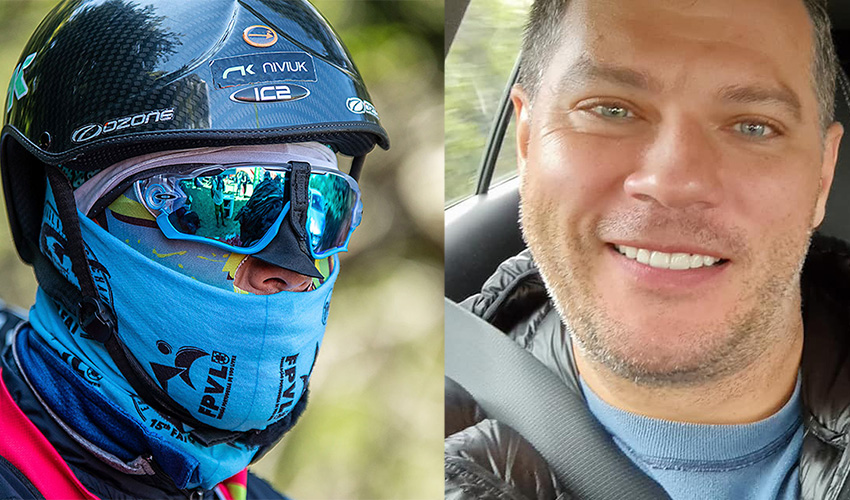 Bogdan, who flies for Ireland in international competitions, said the day “was a bit tricky at the beginning”. He explained: “There was a lot of shade and changing conditions. Also navigating around airspace at some stages was kind of difficult. After that I got connected to a huge, huge cloud street, a motorway I would say. I have never had something similar before over here. It went all the way to the north.”

However, despite the amazing spring conditions it wasn’t easy – the main problem was the cold. “I should have put more clothes on, with heated gloves. Because I was frozen to the bone. For the last three hours I was shaking. probably almost hypothermic! My hands were frozen, so I simply drifted.

“Normally I push a lot of bar, but it was absolutely freezing. I got a gift of 100km by that cloud motorway, and I could have made better use of it. If I had pushed I think 300km would have been within reach.

“My speed without speedbar was 65-68km/h, and when I pushed half bar it was 85km/h. So definitely the 300km was within reach, and I knew about it, but because of the cold I didn’t care. I was in pain! That was the only downside because it took the fun out of it. When I landed, I was still shaking from the cold half an hour after landing.”

He added: “I didn’t really expect it was going to happen yesterday, I hoped for maybe 150km, but it worked out.

“But it was also not an accident, it was planned. We planned big, we know it’s possible here in Ireland. It’s just very hard to have a proper day and also have the day off, because I work full time.

“But in the end we have it all planned. I have routes planned up to 325km from all major sites and directions. But the weather is the problem. Most of the day you only get part of the day, but eight-hour days are possible in Ireland. I think coast to coast, 300, 320km is possible, definitely.”

Having warmed up after landing he was, he said, “extremely happy” with the way it turned out. “Afterwards I got congratulations and messages from virtually all over the world. Yes, I’m happy!”

Bogdan is no stranger to flying long distance in Ireland. Two years ago he flew 217km from Mount Leinster, on 12 May 2019. Back then he landed near Omagh after six hours in the air.

Unfortunately, because of current Covid-related restrictions on the XC league in Ireland, Bogdan’s 275km flight will not count as a new national record.

In a video shot from the air by Bogdan and posted to his Facebook account after his 275km flight yesterday, Bogdan can be seen at base looking out towards the Atlantic Ocean. He shouts out: “Irish coast, Donegal!”