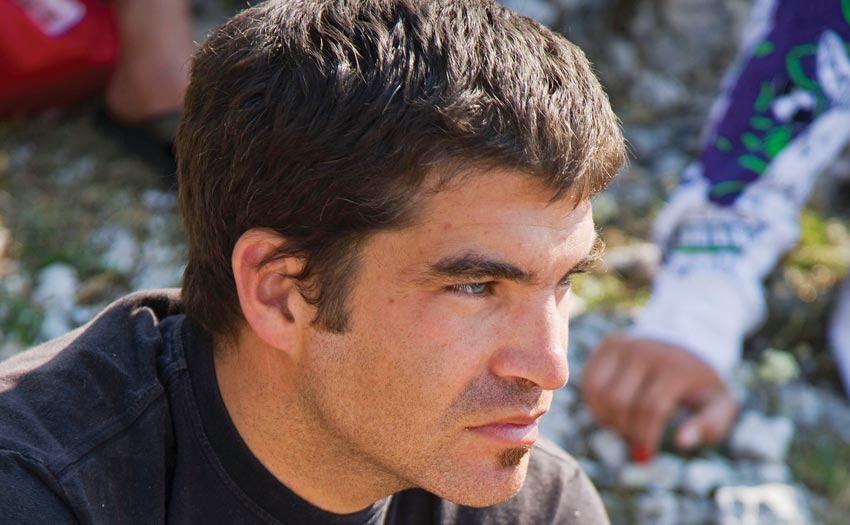 C’est énoooooooooooorme!” Is how Charles Cazaux put it when he realised he’d won the first ever Paragliding World Cup Superfinal in Italy. “It’s huge!”

‘Discipline’, ‘lucidity’ and ‘opportunism’ were his “three Zen keywords” for the competition, he said. That, a decade of World Cup, and a glider that rocks was the recipe for his success.

“I was 16-years-old when I first flew,” he says, standing next to his new prized possession, the Paragliding World Cup Superfinal trophy at the Ozone stand in St Hilaire.

“I learnt to fly in 1993 in Morzine with Ali Gali and all the French team,” he says. “For many years I flew in Morzine each summer – it’s a really nice place for training.”

He’s been flying comps since the mid-90s, “flying with the best French pilots,” and has been a World Cup pilot since 1999. “I’ve now been flying World Cup for 10 years,” he says. “It’s good to win finally!”

An Ozone team pilot for less than a year, after several years with Gin and Advance, he lives in Chambery with his wife and two young children – two-and-a-half and six-months old – and works for Orange, the telecoms company.

He is part of a programme, he explains, where he works part-time but, because of his sporting achievement, is paid a fulltime salary by Orange, which is in turn reimbursed by the French government. In this way, he gets time off to fly.

A member of the French team he was flying with the French A-league in Annecy, France, a week before the Superfinal. It was then he realised he might be in with a chance.

“I was really excited because three weeks before the Superfinal I received my new prototype, the BBHPP. I flew it to test it, to understand how it worked and how strong the performance was.

“At the A-league I realised I could make a big run in Italy because the performance was amazing.”

The glide is 1.5 more than the Mantra R09, Ozone’s regular comp wing, he says. “During the A-league in Annecy I was leaving thermals at the same height as the others and after five minutes I was almost 100 m above them. At trim speed you can gain 20 m each kilometre, which is enormous, a lot, it’s crazy.”

He adds, “When I saw the aspect ratio I was a little bit scared. Then I made the first flight and I said ‘Oh la! Strong wing!’

“Then I learnt about the wing, the feedback, the feeling, and finally after about 30 hours I thought it was much safer than the R09 – easier to push and easier to handle. For sure it’s still for top pilots, for pilots who fly a lot, but maybe it’s the future.”

The Superfinal was good, despite the poor weather, he says. “We had four tasks. I didn’t win any, but I was fifth on the first task, then I was 15th on the second, the task that was stopped, the third one I was fourth, and the last one I was third. Consistent.”

He understands the grumbling that has gone on about the new format. “Some pilots like it, some pilots don’t,” he says. “For sure it was good for pilots who were living very far away.” Now, he says, “we can fly one World Cup and be selected for the final.”

It now means that the Superfinal “is really a big event,” he says, but adds that the format is still being perfected. “Some say that next year we will have another change. We’ll see what happens.”

Whatever does happen though, he says, “We need a strong World Cup with a main event with the top pilots, this is the way”. 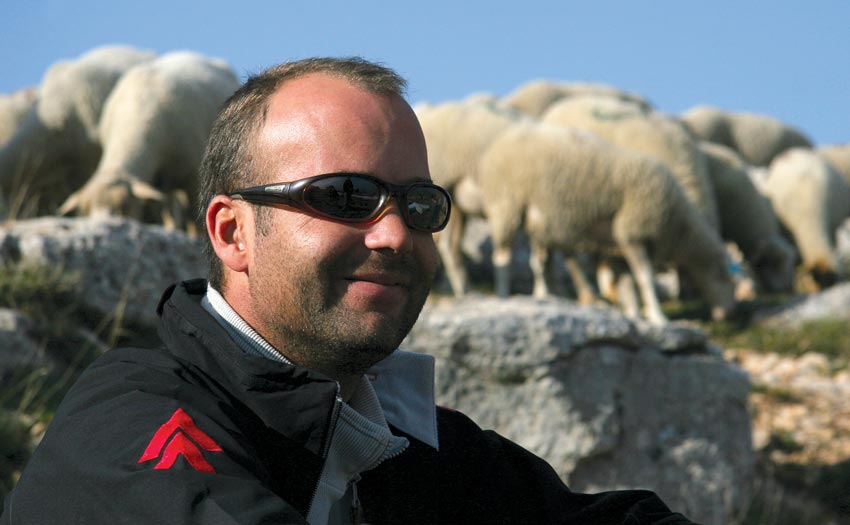 Russell Ogden has had a great year, first winning the PWC in Turkey and then coming second overall in the Superfinal, where he came first in one task and second in two others. However, he was 61st in the task that was stopped, leading to speculation that, but for the scoring-system, he would have won.

Congratulations on your podium place. But some people say you should have won. Were you robbed?
No, I wasn’t robbed. The scoring did seem to go against me slightly but at the end of the day Charles was the most consistent pilot of the week, he made the best decisions. He deserved it fully and I’m very pleased for him.

The second task was stopped and that had a big impact on the points. What happened?
The scoring was a bit strange. The whole lead gaggle scored nearly 995 points. It is very hard to score points like that in a top-level task, so when 40 or so pilots are given 995 in a stopped task it really makes life harder for those who were not there. If you look at the final overall results there are only a few pilots in the top 40 who were not in that gaggle on the second day.

For me, I ended up dropping that task so it wasn’t the end of the world, but it doesn’t change the fact that 40 people scored the equivalent of a task win for just being in the right place at the right time.

How come you weren’t up with the leaders when the task was stopped?
At the front, approaching the turnpoint, we were in a good strong high position. Interestingly, Charles decided to hang back – a very good decision.

After the turnpoint, and with good height, the lead gaggle, including me, went to the mountains. But the shadow line of the cu nim that eventually cancelled the task was near and the whole mountain was in the lee of the prevailing wind. Those behind could see what was happening and took the flatland option. The climb there was stronger and they flew over our heads. The task was cancelled soon after. With hindsight I made a mistake, but with a gaggle like that it’s a tough call. Faced with a similar situation I’d probably make the same decision again.

Erratic scoring affects everybody in comps: some get rewarded, the rest get punished. For sure there is no perfect system, and ultimately the rules are the rules but the stopped task rule does need to be addressed. I think the FAI and PWCA should agree on a standard ruling and stick to it. A lot of work is being done on this issue by volunteers and I applaud their efforts.

On balance, I think it’s better not to score stopped tasks than to score using a system that can’t do it properly.

What would you have done differently if you could do it all again?
My biggest mistake was in the last task, the only task I won. After surviving the valley of death – which put most of the field on the ground – I stopped treating the task as a race. I pretty much just flew at max glide until final glide – I should have pushed harder as I allowed Charles to catch up with me from quite a long way behind. It’s the small mistakes that add up at the end of the day, and minimising them is the key.