AT THE FAI Paragliding World Championship in Roldanillo, Colombia in 2015 the average age of the top five pilots was 35. The winner, Honorin Hamard, was then just 24, more than a decade younger. Setting records and winning World Cups and World Championships has traditionally been the preserve of pilots in their 30s, but Hamard, supported by a close-knit French team, has been shattering that rule, and, he says there’s no reason why other young pilots can’t be world beating.

Hono started flying aged 14, so already had 10 years’ experience by the time he clinched gold in Colombia. His father Bruno Hamard had been a pioneer of the sport, flying paragliders in the late 1980s when they barely eked out a two-to-one glide ratio. Hamard Snr even came third in the French Championship in 1991. He quit the sport when his son was born, but they both picked it up together in 2005 and entered their first competition together. 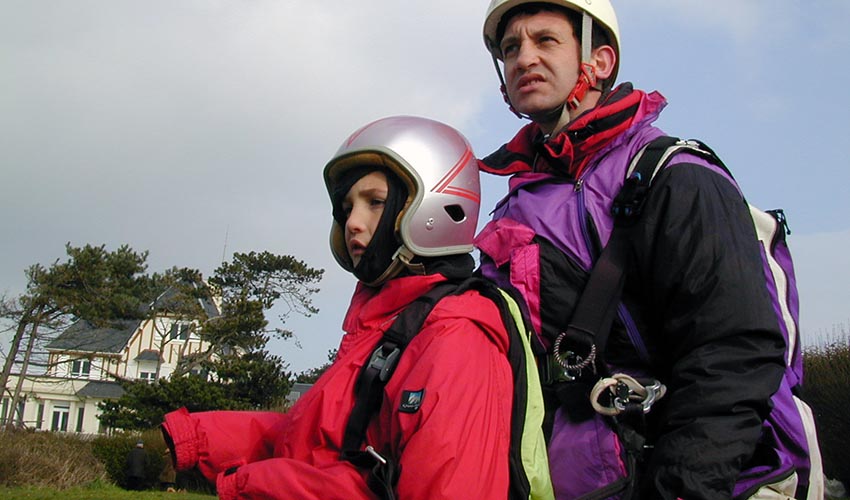 “For my father it was fun. He liked the social side, but for me, I wanted to win,” says Hamard now. By 2008 he’d abandoned other sports and was focused solely on paragliding. He’d left the flat coastal flying of his native Normandy, in the North of France, to join the renowned Pôle France school for athletes in the heart of the Alps.

“In Normandy we fly a lot of coastal sites,” he says apologising for his English before continuing fluently. “It’s a very good place to learn. You can top land, play with the glider, develop a lot of feeling. It’s good to begin like that, and then learn thermalling. We have one thermal site, where you can do big distances in the flatland, more than 300km.

“It’s easier to go from being a flatland pilot to a mountain pilot, than other way round. In flatland, if you are low, you must find a thermal or you’re on the ground. In the mountains it’s easier. If you get low, you head to the ridge. Mountain pilots really struggle on blue days in the flatlands.”

But the transition to mountain flying wasn’t without its challenges. Early on he had his first ever reserve toss near St Andre Les Alps. “The hard part is learning how the winds work in the mountains,” he says remembering those early days.

From Pôle France Hono progressed into the French team coached by Didier Mathurin, who saw the benefits of including both young and old pilots in the team.

Hono says, “I was told a lot ‘You must learn slowly, you can win in 10 years’ time if you go slow’, but now young pilots understand quickly and very well. And we fly a lot, more than some old pilots. Now, it’s not just age that makes you a good pilot. You can learn faster. I think it’s good to be young. 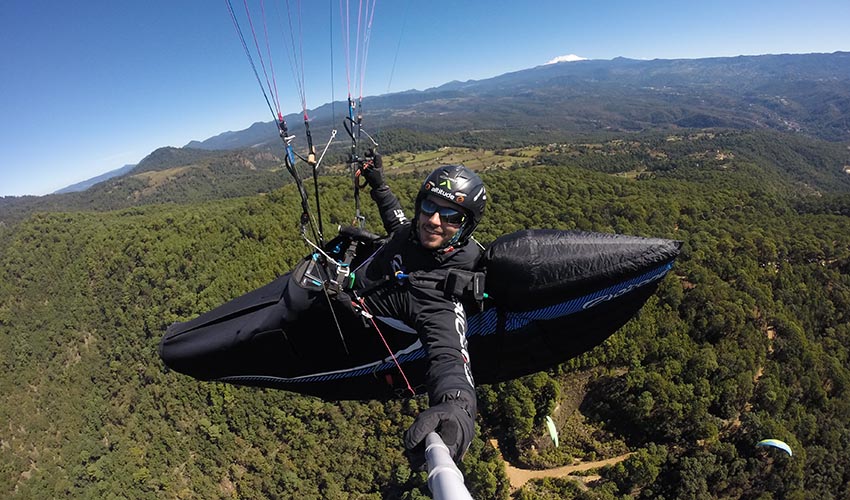 “People say young pilots attack too much. Or if they are in difficulty in a race, they fly impatiently. But now young pilots are very clever. We can fly like an old pilot. And our spirit rubs off on the older pilots.” Giving credence to Honorin’s theory, second place on the Roldanillo podium at the FAI World Championships in 2015 was another 24-year-old, Michael Maurer.

Another thing that sets younger pilots apart from some of their older peers is acro training. “I do some acro occasionally,” says Honorin, “but in truth I prefer to fly for five hours than two minutes. But it’s good to have the skills.”

He adds: “For sure, all young pilots do acro and that makes them safer with cross country wings. If you collapse at full speed the acro experience is really helpful.

“Young pilots have this, and when we speak with other older pilots, it pushes them to do this. The French team has old and young. We all push each other to be better and learn from each other. That’s what’s really good about the French team.” 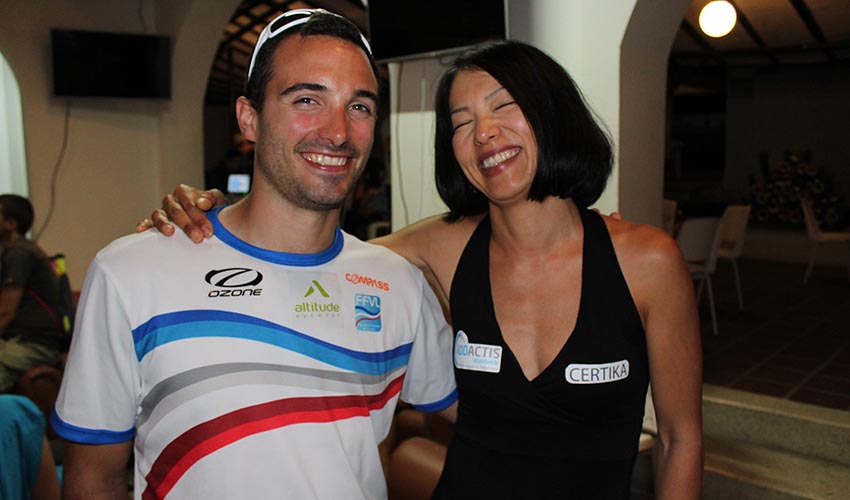 And that’s not all that’s good about the way the French team works right now. They regularly fly together as a team, reproducing race conditions in their training sessions and working on particular aspects of their flying style and race tactics. Coach Mathurin holds briefings and debriefing before and after, where everyone contributes, learning from each other’s mistakes and insights.

“For me my big challenge was to learn to control the gaggle,” admits Honorin. “If you are high you don’t have to be first to jump to the next turnpoint. Now I try to control the group, stay high, and wait for three or four people to make a move first. I can watch the different lines and make sure I take the best one.”

Honorin only goes after leadout points (points awarded to pilots that lead during the race), early in the race. They’re weighted to be more valuable in the first third of the task, so he focuses on a good start but then sits back because he says they aren’t worth the risk of losing time by being the guinea-pig on subsequent transitions. “I you finish with a group but with lead-out points from the start of the race you will win,” he says. 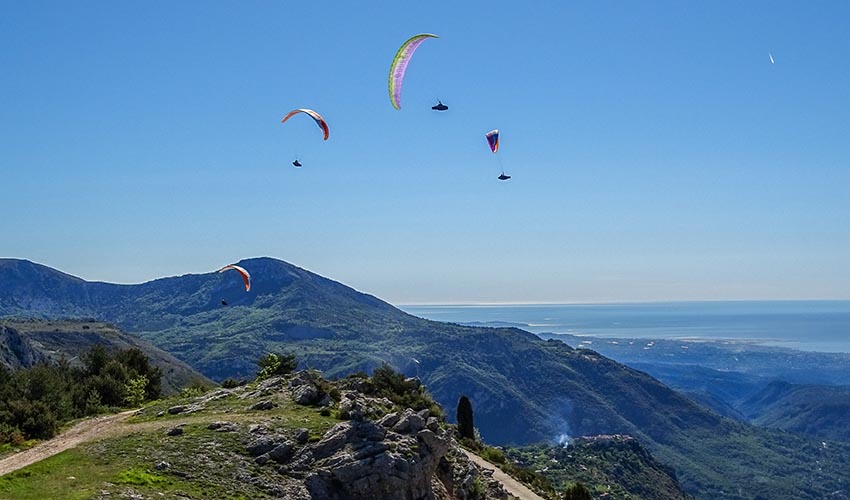 As a professional Ozone test pilot he flies 600 hours a year. This is another ingredient he credits in his recipe for success. “If you fly a lot in thermal conditions, you get the reflex, and you don’t think about it during tasks. There’s no substitute, you must fly a lot to have that feeling.”

Hono has also seen a psychologist to help with his flying. He says it helped him identify his motivations for flying and competing, and channel them more effectively. “I wanted to lead too much, to show I was first, but you can’t win the competition like that, sometimes you have to follow. If you come second on every task you will win the competition.

“For me, I was thinking too much about my father, that I can show him I can do it. It was hard for me to not think that way, and just fly for me. Now I know I don’t fly for him any more, just for me. I’m more efficient in the air. These are little details but important for overall performance. It took a lot of mental work.”

The most recent striking example of this strategy of not trying to win every time was his flight on the penultimate day of 2016’s FAI European Paragliding Championship in Krushevo, North Macedonia. Honorin was leading, and had done well in every task so far. The rules allow pilots to discard their worst result, and he used this to his advantage.

As they reached the final turnpoint, he and team mate Julien Wirtz were low. Above them but a little behind was a third teammate, Pierre Remy. Wirtz and Honorin went on glide for the line early, taking different lines to be sure at least one of them would make it. Honorin ended up on the ground short of goal, putting him in 118th place – but it didn’t matter. He could discard the result for his individual score, and collectively the move meant the French team had guaranteed two pilots, Wirtz and Remy, in the top five, clinching the team win.

In the process Honorin had lured his closest rival, Spaniard Francisco Javier Reina with him. Javier Reina had been second place in the competition ranking but already had one bad task and couldn’t afford to land short. Following Honorin put him out of contention and strengthened Honorin’s position into the final day.

Honorin is unapologetic about using his advantage to its maximum tactical effect. “I saw Francisco coming with me. It wasn’t my intention to bring him down with me, but when I saw he was following I realised it wasn’t a bad thing.”

Away from the competition circuit Honorin has also been setting records. He broke the FAI triangle record in July 2016, and then a few days later went out and broke it again hitting 329km. In Quixadá, Brazil he set three tandem records flying with Karine Gras, on flights that took 11 hours. 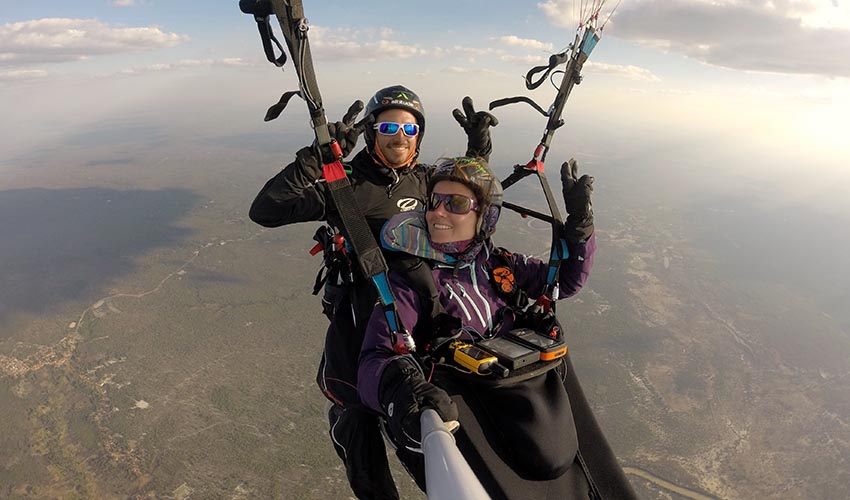 Gras, a beginner pilot with just 20 flights only flies in thermic conditions as Honorin’s passenger. She was sick 10 times on the first flight, but the couple persevered with Honorin promising beach time on their Brazilian holiday if she’d fly the distance flights with him. Together they set tandem records for the longest flight to a declared goal, longest flight with three turnpoints, and pushed the record for longest straight-line flight to 403km using the 42m Ozone Swift Max (EN C).

“Quixadá is a big mix – flatland then 100km of mountains with high plateau, varying landscape, and at the end it’s just flatland. The wind decreases, and cloudbase increases, so we were 3,000m high, and had a beautiful last glide, 50km with sunset,” he says.

“I think it’s the best place to get consistent distance flying. You can fly every day, and go 300km, so it was perfect for the tandem record, but for individual world records I think Namibia, Texas, or Australia are better, but then it’s less consistent, you can only fly on some days.”

Honorin now lives in Gourdon, near the Ozone offices. He helps to develop new wings and harnesses for the brand. When he gets time off his hobby outside flying is spear fishing. Five or six times a month he jumps into the Mediterranean and dives down without supplementary air.

“It’s the opposite world to flying, but in some ways it’s the same,” he says. “I’m alone in the water or in the air, making my own choices. No one can tell me what to do.”

2014: Won the XC Contest, French XC league and was 2nd at the Paragliding World Cup Superfinal in Turkey

2011: Second in the French Paragliding Championship

2010: Third in the Under-21s French Championship, held in Courchevel

2009: First in the French B category in the national XC league