The FAI Paragliding World Championships 2021 kicks off in Argentina this weekend. It will see 150 pilots from 35 countries compete for prestigious FAI World Championship medals in both individual and nations. Paragliding competitions can be complicated to follow – so here’s everything you need to know about Argentina 2021. By Ed Ewing

What is it?
It’s the FAI Paragliding World Championships! These are held every two years, and are a chance for nations to put forward their very best paraglider pilots to compete over two weeks in one location. At the end of the competition we have our champions and gold, silver and bronze medals are given out to Overall, Women and Nations winners. 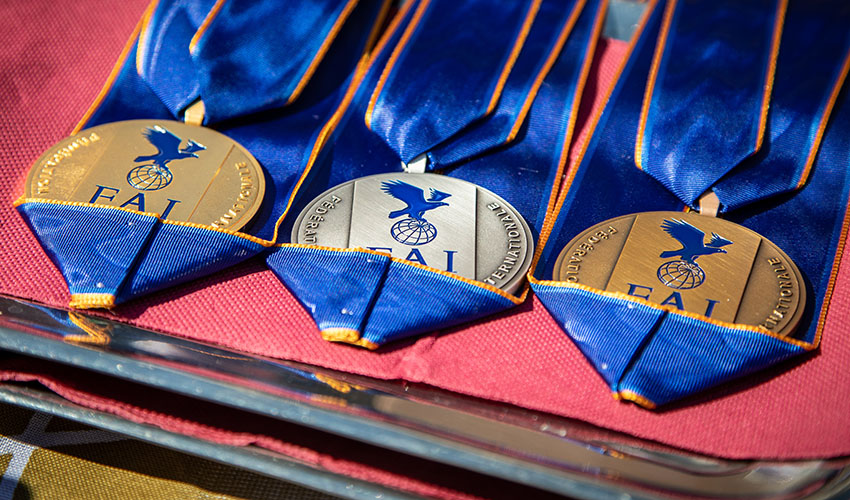 Where is it being held?

Close to the town of San Miguel de Tucumán in northern Argentina, 1,250km northwest of capital city Buenos Aires. The site is called Loma Bola, about an hour’s drive west.

What’s Loma Bola like to fly?
It’s a beautiful grassy take-off, looking east over the town. Launch is at 1,300m AMSL. Top-to-bottom is 800m. Cloudbase is typically 2,500m. It’s on the very east of the Andes mountain range, which runs north/south. The flying can take you out into the flats, but also along the hills. The narrow band of subtropical forest on the eastern slopes of the Andes here runs all the way north through Bolivia and into Peru and is called the Yungas. The climate is warm with a dry season. Pilots can expect temperatures of 30C or more. The whole place is a natural reserve. They’ve been flying here for at least 20 years, and the local club has hosted plenty of big competitions. 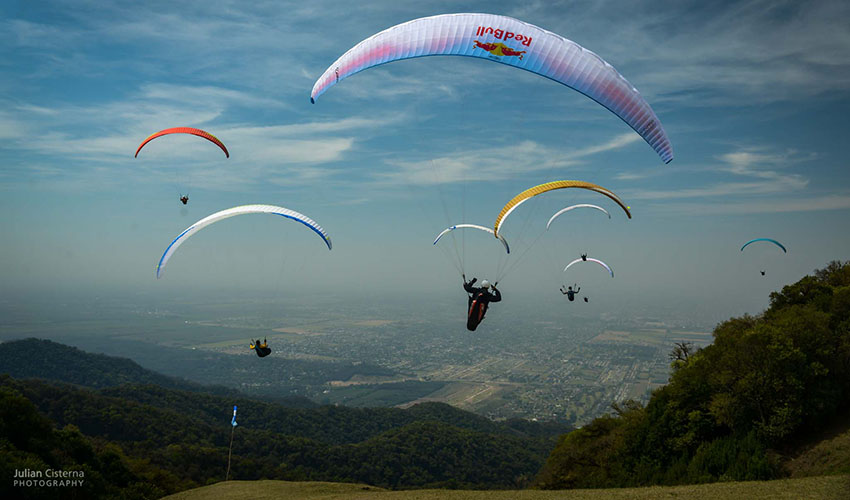 There’s a pandemic. How have they pulled off holding a World Championships?
With a lot of hard work, and a bit of luck. The original FAI Paragliding World Championships this year was to have been held in France in May, but that got cancelled early in the year. When that happened, organisers in Loma Bola made a quick bid to host the competition in November, gambling on the fact that international travel restrictions would have started to ease. After a bit of discussion everyone in CIVL and the FAI (CIVL is the FAI’s hang gliding and paragliding commission) got onboard with the idea, and now 150 pilots are heading their way.

Nice. What happens next?
The official practice days are 28, 29 and 30 October. They are for pilots who want to turn up early and get to know the area. Then it looks like this:
31 October: Registration and opening ceremony
1 Nov: Official training day (this is as much for the organisation as it is for the pilots)
2-12 Nov: Competition flying days
13 Nov: Prize giving, medals, honour and much celebration. 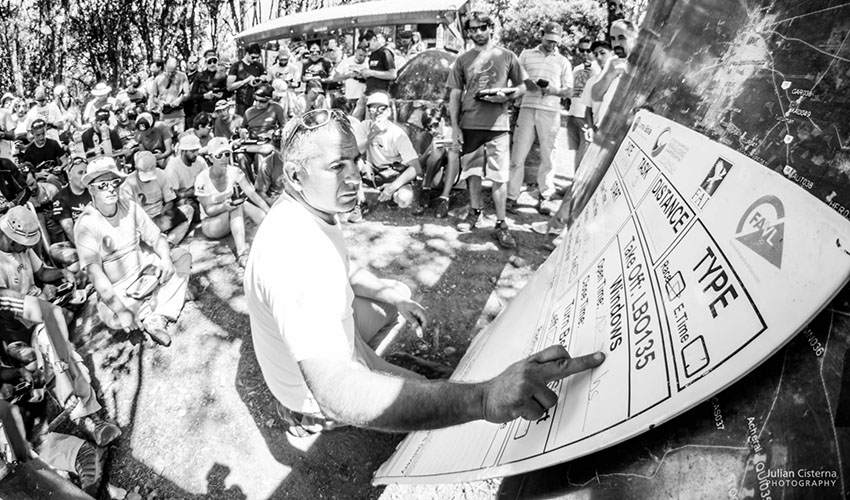 So who’s going?
According to the official pilot list there are 147 pilots confirmed from 36 countries. In 2019 48 countries took part. Under the normal rules countries can enter a team of five pilots including one woman. This usually means it’s a team of four men and one woman. But because travel is still difficult and fewer nations are coming, organisers changed this rule to accommodate slightly bigger teams. Switzerland, for example, is sending a team of eight: five men and three women. Australia meanwhile, has just one pilot entered, because travel restrictions are so difficult right now. There’s no New Zealand team for the same reason.

Who’s going to win?
Well, the money has to be on France. Their team includes former world champions Seiko Fukuoka, Honorin Hamard and Pierre Remy plus current PWC Superfinal champion and Ozone designer Luc Armant – of recent blue submarine harness fame. The team is book-ended by legend Julien Wirtz and relative youngsters Simon Mettetal and Baptiste Lambert, fifth in this year’s PWC Superfinal. As a team France has everything, including loads of experience, youthful ambition and a professional team coach.

Notably however, France’s Meryl Delferriere will not be there to defend her current Women’s World Champion title that she won in Macedonia two years ago. She is out following a kite-surfing injury. Also not present is current Paragliding World Champion Joachim Oberhauser from Italy – because of the pandemic Italy, which won equal team gold with France in 2019, has not fielded a team. 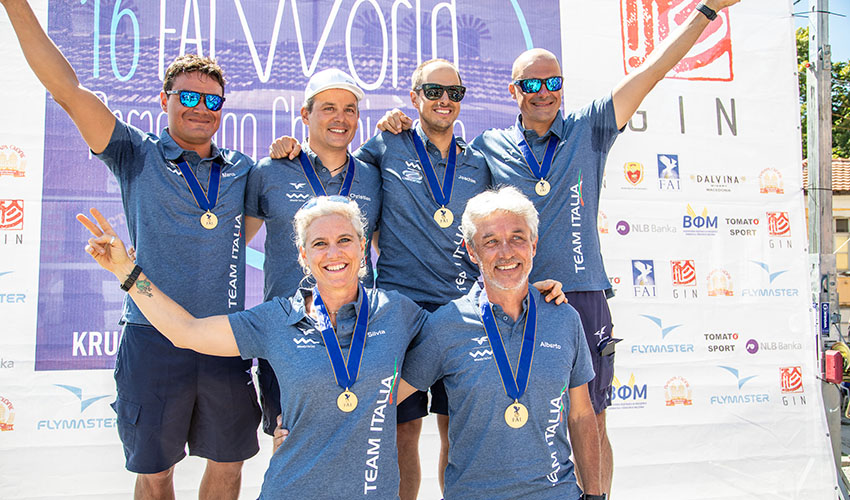 How do competitions like this actually work?
In cross-country competitions pilots fly a different task every day, from 50-150km. They are ranked according to how fast they fly the course and get to goal and also how much they ‘lead out’ – that is take the initiative and push forwards, rather than hanging back and waiting to see what everyone else does. Once everyone is in and racing is over for the day, a magic [complicated] formula only understood by high-level paragliding wizards [the official scorers] determines who won the day.

Pilots do that for 10 days or so and at the end, the winners emerge.

Because there is a team element to the World Championships, you might see that pilots “Fly for the team” rather than simply race for themselves. For example, in the past team leaders have been know to instruct one pilot to push ahead knowing they are too low to make the next thermal, but that they will draw the gaggle out – with the result that lots of other pilots also go down. Then the other team pilots who have stayed behind push forwards, have a clear run to goal and score points for the team. It can all get very tactical. 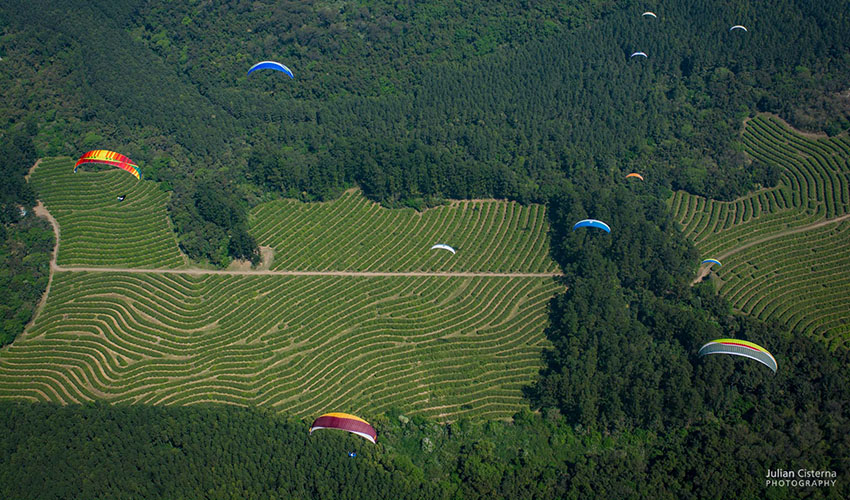 How can I follow it?
All going well we should be able to follow the races in real-time via the Live Tracking. To access that and to keep up-to-date with the latest news:

Start with the AirTribune site here.

Also keep an eye on the official competition website here.

Pilots and teams will also all have their own social media running throughout the competition. 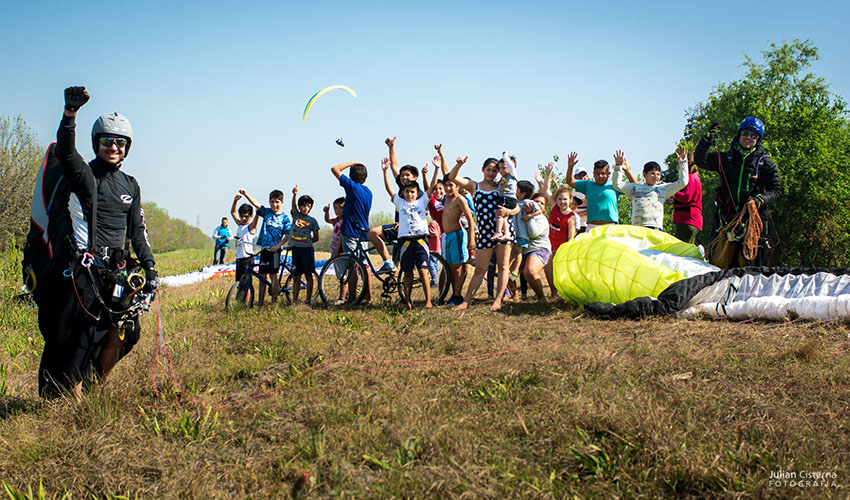