Stylus and dock for your instrument flight deck

The XCPen is a fantastic solution to every cross-country pilot’s difficulties of using instruments while wearing gloves.

The dock of the XC Pen features a Velcro base and keeps your stylus ready in the best position for easy access. Thanks to the funnel-shaped opening, the stylus can be easily put back in place – even when you’re flying in turbulence. A lead means you’ll never drop it in the bottom of your pod, either!

The set weighs just 6 grams and consists of a dock, which is 3D printed and features Velcro at the bottom, the stylus, and two lines – one to attach the dock to your cockpit or instrument plate – and one to keep the stylus securely attached to the dock. The pen’s soft, capacitive tip works just like your finger for using touchscreens on instruments and phones, making swiping and button-pressing so much easier. If you’re using older iPhones or iPads, the Touch ID reacts to the capacitive tip of the pen – you just need to deactivate the TouchID functionality so that it only acts as home button.

The pen folds away for launch to save tangles. If you need to adjust your instrument or change screens, which is inevitable during a long flight, it’s impossible to do so without removing gloves – and then putting them back on again – which not only takes time but is obviously risky as it’s extra time away from the controls. The XCPen is basically a stylus, but a really posh one that works really well even through screen protectors, and we highly rate it. It now ships with an extra stylus and Velcro as standard, should any repair be needed.

Cross Country’s Marcus King has been flying with an XCPen for over six months and highly rates it, as do Lucian Haas, Gavin McClurg and Ziad Bassil among others! 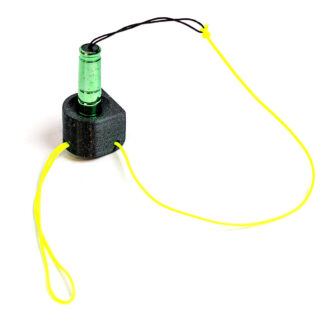