A clever solution to the reserve problem for tandem hike-and-fly. By Marcus King
Accessories, Harnesses and reserves, Hike and Fly, Reviews

Neo’s Rescue Backpack is a clever solution to the reserve problem for tandem hike-and-fly. By Marcus King

I’ve been flying tandem hike-and-fly for a while with my family and our sportier friends. And while there are now plenty of options for light tandem wings that will fit in a day sack, the problem has been finding suitable tandem harnesses that are just as light and compact

Of course, you could choose the simple hike-and-fly harnesses that any pilot flying hike-and-fly tandem will undoubtedly already have. But the big problem then is what to do about a reserve? If going solo you would just strap on a front-mounted reserve, but this isn’t really an option on a tandem. 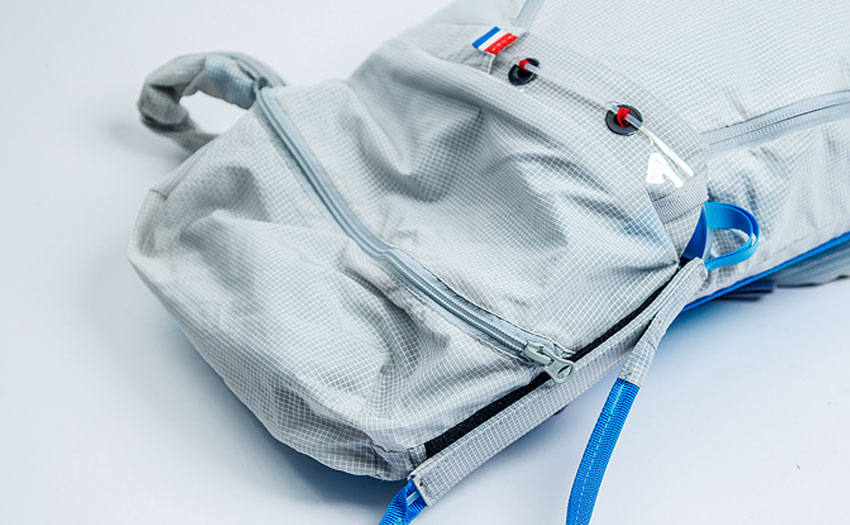 As the name suggests the Rescue Backpack is a small backpack that has a built-in reserve container. The container has three flaps, and zips allow the bridles to be pulled out of their channels easily. The bridles are routed over and along the shoulder straps to connect to the spreaders, as is best practice.

The reserve handle is down on the right-hand side and is made of stiffened webbing. It is slightly behind your hip, which makes it a little awkward, but the size and stiffening makes it easy to grab without looking. I only tried pulling it on the ground and it worked easily. I did find that the Velcro holding it in place was quite hard to overcome, so as with all handles attached with Velcro it is worth removing regularly so it doesn’t get too well stuck. The zips holding the bridles stayed in place well during our outings but opened easily when I tested the deployment.

The review unit was supplied with AustriAlpin Rocket karabiners so when not flying with the system the bridles could be clipped into loops in a pocket under the reserve. You can opt for T-locks instead of karabiners to keep weight to a minimum.

The pocket is large enough for a water bottle and light jacket. A flap is then lowered over the whole back, covering the handle to stop accidental deployment when walking.

On the cover are walking pole holders – a bag is supplied for clipping them to your passenger’s harness on the way down, although my longer Z-fold poles wouldn’t fit inside it. If you have a light bag you can fit that in the rear pocket when flying. You could clip a helmet to the back but I preferred to put both helmets in with the wing.

The materials will be familiar if you have seen any of the Neo light bags – hard-wearing ripstop Dyneema in Neo’s trademark white. The carrying side of the bag is well padded and allows your back to breathe. The whole lot weighs just 649g, plus of course the weight of your reserve. 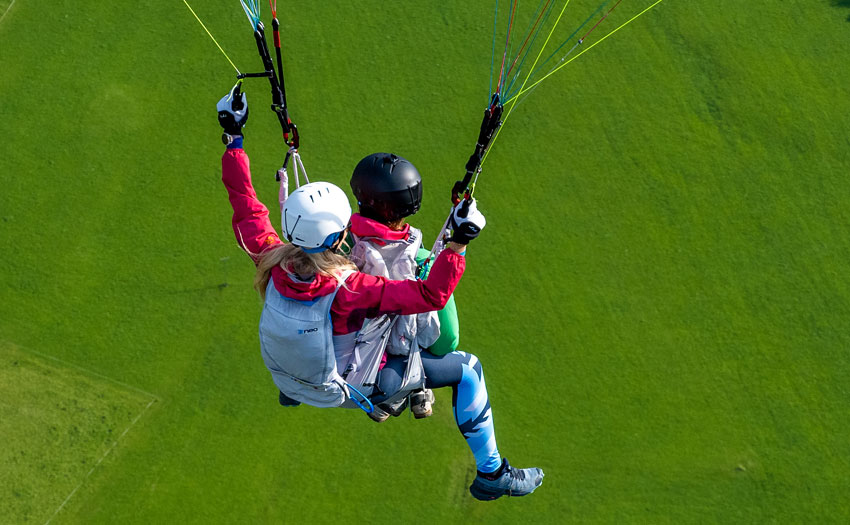 The idea is simple – a tandem reserve that you can transfer easily between different harnesses. Photo: Adi Geisegger

Neo’s soft Dyneema spreaders have large clip-in points making this easy. The bridles stay in place well in flight, so don’t get in the way and you’ll hardly notice the backpack on your back. In short, this is an elegant and simple solution for adding a reserve to your lightweight tandem hike-and-fly set-up.