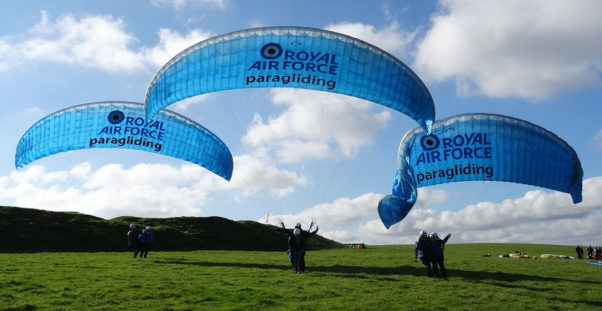 Three Royal Air Force (RAF) tandem paragliders flew together for the first time ever at Westbury, a paragliding site in the south of England, at the end of October 2017.

Chris Williams, a former RAF pilot, flew a brand-new Advance Bi Beta 6 that had just had its logos expertly applied by the team at Aerofix. 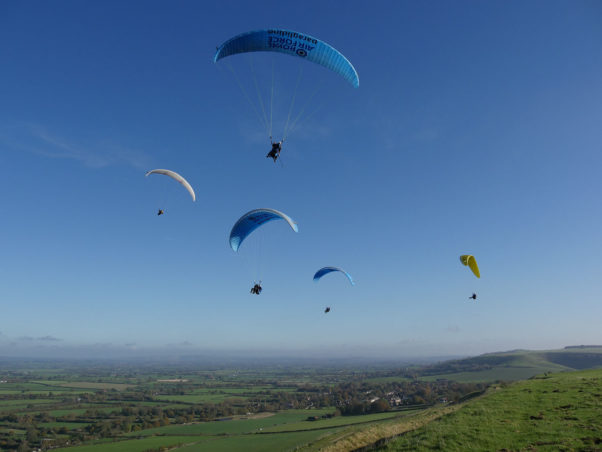 RAF paragliding at Westbury in the UK. Photo: Nik Valiris

His passenger was Sarah Lucas, a recently qualified Club Pilot paraglider and trainee RAF helicopter pilot. The other tandems were flown by Sean Simmons with his son Daniel and Hannah King, a British Forces Broadcasting Services journalist as passengers and Dave Neal flying with his children.

The tandems, owned by the RAF Hang Gliding and Paragliding Association, are used to introduce potential paraglider pilots to our wonderful sport as well as to show the public the wide range of activities available to all servicemen and women. 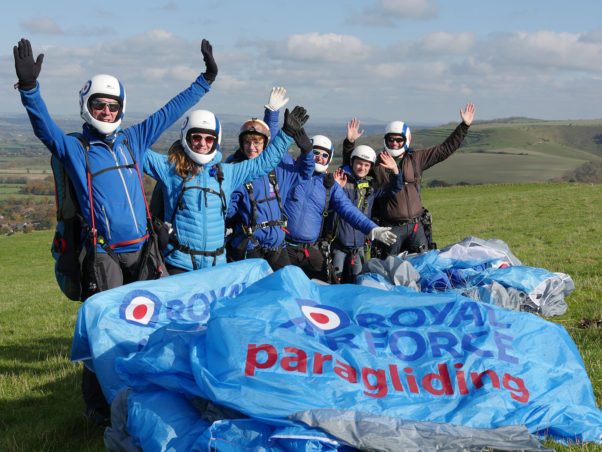 All three pilots made the most of the weather window available, flying for just 20 minutes in very light conditions before the wind died completely. After that there was the opportunity for a bit of formation groundhandling practice – great fun was had by all involved.