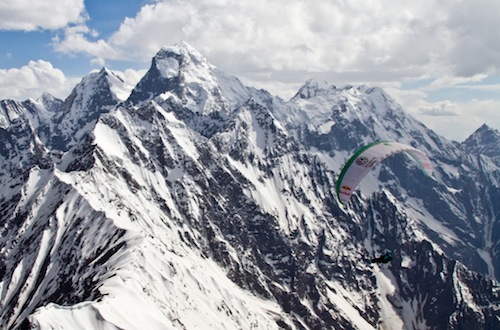 Thomas De Dorlodot has flown 225.02km through the Karakoram mountains of Pakistan.

Launching from Booni near Chitral in the western Karakoram, close to the Afghan border, Tom, accompanied by co-adventurers Hernan Pitocco and Horacio Llorens knocked off the monster, high-altitude flight in a little over eight hours on 6 June 2011. Horacio flew 180km and Hernan flew 210km.

Thomas was topping out at cloudbase at around 6,500m, much lower in comparison to American Brad Sander who flew the flight alone in 2008 and again twice in 2010. When Brad first flew the flight he hit 7,800m and took 10 hours. Thomas said climb rates were a comfortable 5.5m/s. 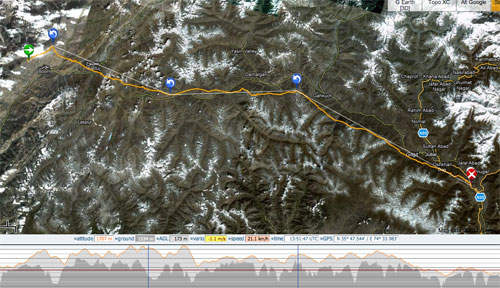 From Booni to Gilgit and beyond... the 225km, eight-hour flight

Full report in the next issue of Cross Country magazine.