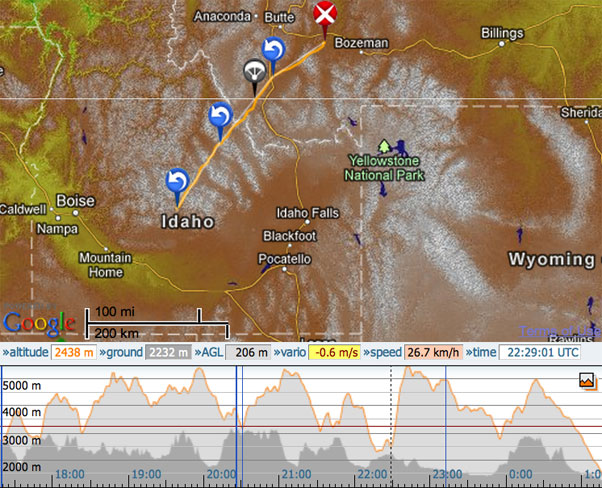 Nate Scales flew 319km in a straight line in Sun Valley, Idaho on 31 July to set a new US mountain distance record. The flight is also a US foot launch distance record and Idaho state record.

His flight follows a 301km flight in the same region by Matt Beechinor on 30 June.

Honza Rejmanek, Cross Country’s meteorology writer and a local pilot, said Nate’s flight, “might be the longest straight line distance in big mountains in the world.”

Nate’s track is here. He took off from Bald Mountain, Sun Valley and landed eight hours later having almost crossed the entire northern Rockies at an average speed of 40km/h. He was flying a Niviuk Icepeak 6.

According to his track log he experienced climbs of up to 7m/s and hit a maximum altitude of 5,490m.

Nate reported on his flight: “A beautiful day of flying in the northern Rockies, you would have loved it. the climbs were nice and the wind was mellow.”

Honza said the flight was the longest mountain flight in the States, and maybe the world: “It depends on how mountains are defined but this might be the longest straight line distance in big mountains in the world.” 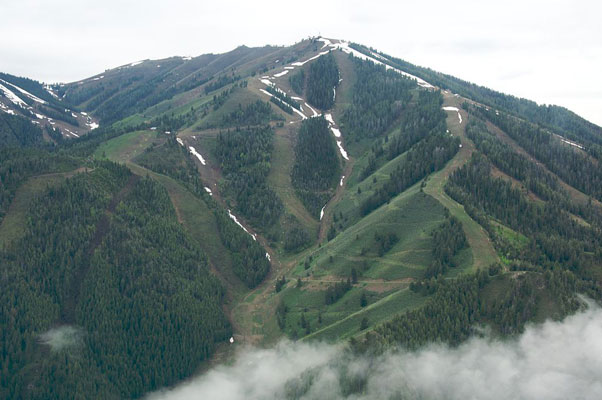 The flight is certainly the US’s longest ever foot-launched paragliding flight, although not the longest ever flight. Will Gadd set the paragliding open distance world record in the USA in 2002 when he flew 423.4km from a tow launch in Texas.

In mountain flying, Luc Armant’s 345km flight through the Alps in May 2011 via a turn point is generally regarded as the pinnacle of open distance Alpine flying – it’s around 280km in a straight line.

Nate has form in breaking the state record, which he has traded with Honza several times over the years. However, this is the first time he has flown past the 300km mark.

Congratulations to both pilots on great flying.

YouTube footage of a tandem flight at Sun Valley, Idaho