In the run-up to the Hang Gliding World Championships 2013, which start in Australia on 7 January 2013, Grace Cain interviews some of the key pilots from the competition. Today, multiple World Champion, Manfred Ruhmer from Austria 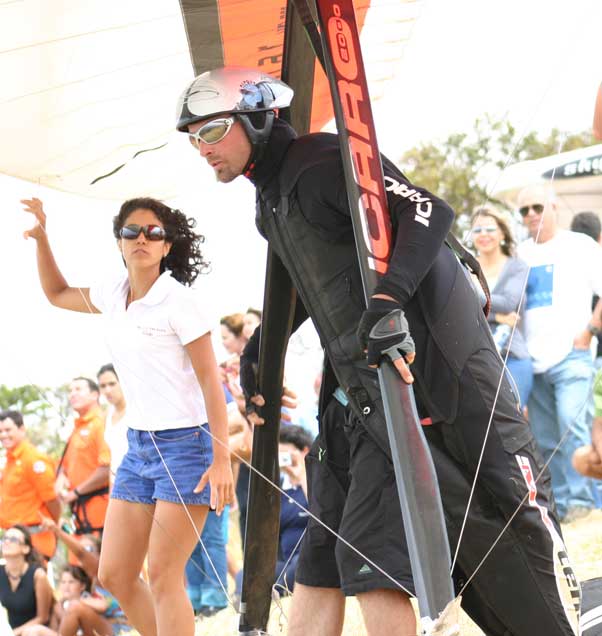 Manfred, you have been world champion three times. When was the first time?
It was 1999 in Monte Cucco Italy and I was flying an Icaro 2000 Laminar ST.

Do you remember what the most memorable task was from that competition?
It was the fifth task, when I made a very good recovery after having done badly in Task 4 by not making goal. I won Task 5 and it put me back in the game.

How long have you been flying and when and where was your first competition?
I started flying 1986 and 1987 I flew the first small competitions. To fly with good pilots and learn from them was probably the reason. Besides that, I have always had the competitive spirit in my blood.

Who were your mentors? Your inspiration?
In the flying magazines at that time was John Pendry, Steve Moyes, and other flying heroes. I was later lucky to fly with them in competition. 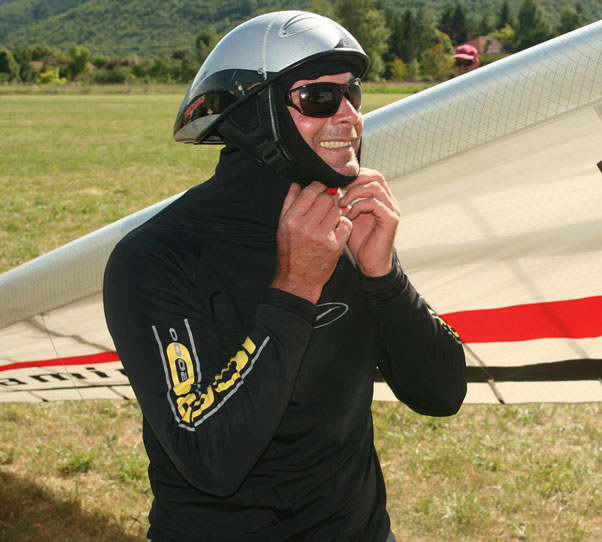 Are there any pilots out there that have helped you become the pilot you are today?
Well, when I got to a good international level, there was Tomas Suchanek who gave me a hard time (in a positive sense) in competition. Especially in the important competitions (Europeans and Worlds) he was always just a bit better or luckier than me.

He was also very focused and very well prepared. So first I had to learn to lose against him, which allowed me to progress to the stage where I won nearly every competition I entered.

Who taught you to fly and what flying site did you use?
The first steps I did myself and later I joined a school to get my flying license. That was 1986 in Micheldorf, Upper Austria.

What got you into hang gliding?
I started with radio-controlled models and later I wanted to fly so the next step was flying a hang glider. Then I got into competitions and so I was able to travel around the world and fly in great places. Also, for a long time now I have worked for a hang glider manufacturer so it is important to develop and fly the new models.

Where is your favourite place to fly?
Just close to the Icaro Factory there is a nice 200m hill. This place is used only by a few pilots because sometimes it is not easy to stay up and usually it is weak conditions, but this is what I like.

Manfred landing at the Icaro factory in Italy

Not so far away are Monte Cucco and also the Dolomites, which to me are the most fantastic place in the world.

What gear do you use?
Icaro hang glider, Woody Valley harness and Bräuninger Instruments. They have been my favourite choice for a long time.

Any tips for pilots competing at the World Championships for the first time?
Go there, fly, have fun and learn from the good pilots.

Any words of wisdom for anyone who want to get into hang gliding?
If you really want to fly a hang glider you have to do it and not listen to any school that tells you that you should try first paragliding…

What are you looking forward to most in Forbes 2013?
Not being last.

And finally, any predictions for who’s going to win?
The Italians, Australians and maybe (I hope) the Austrians will do good.

Individually, Alex Ploner is now on top and it will be hard to beat him. Then there is Christian Ciech, Jonny Durand of course, Primoz and a few others… we will see at the end.