Successor to the Trango X-Race, UP’s new Trango X has just been released. It’s a 2/3-line hybrid, positioned high in the EN-C category.

UP say it is for performance-hungry XC-hunters. Along with its performance, they say it retains the Trango series’ core characteristics of handling, stability and climb performance.

UP say, “The new model is based on a completely revised wing profile, which allows a much greater speed gain between trim and fully accelerated flight. On the one hand, this allows for an optimum use of thermals at moderate speed, while on the other hand, impressive speed reserves are available for demanding transitions”.

Its aspect ratio of 6.47 is lower than the X-Race’s 6.9, and it has 65 cells, which is three fewer. UP say this makes it more stable and more accessible, despite a noticeable increase in performance.

The hybrid line set-up offers extra comfort and safety, while having “unprecedented efficiency” on the C-steering. 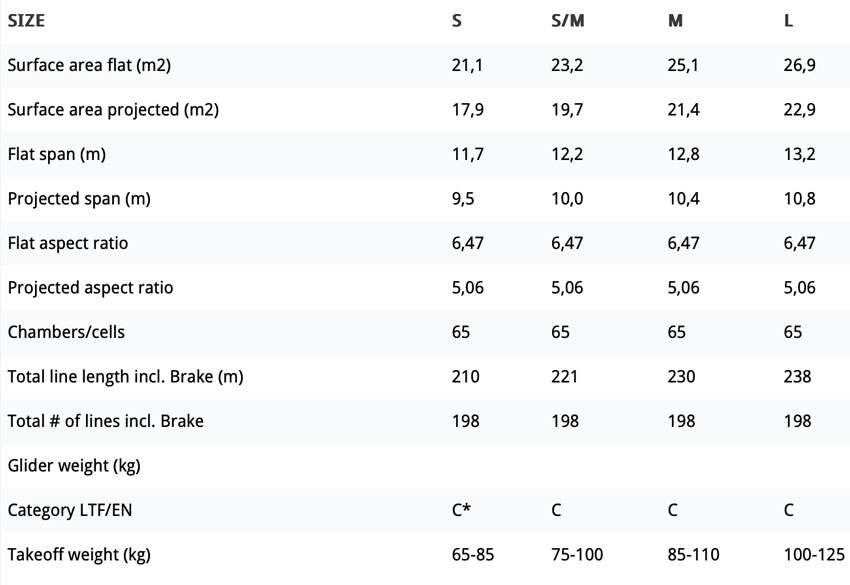