In issue 141: Chasing the dark in Sierra Velasco: Shadowline 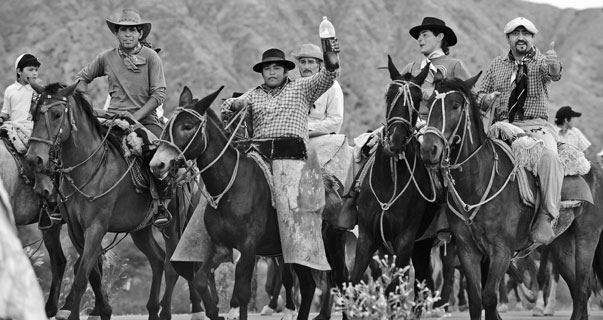 We had a bad start in Argentina. But there was nobody to blame but us. After some XC miles from Merlo take-off we ended up locked in a small room with the local police at Merlo airport.

For some reason we’d decided to land on the airport runway. It must have been some Germanism that made us land next to the only windsock in the middle of nowhere. Tonnes of paperwork and fairytales of emergency landings finally brought freedom.

If there was any good thing about two DHV-certified flying instructors mistaking themselves for aeroplanes, it was that we put the image of German pilots in the right light in the local PG scene. We decided to avoid mockery by hitting the road inconspicuously, to a secret spot called Famatina. And aren’t we glad we did…

First try
Famatina lies in Argentina’s deserted north, on the east of the Andes. Marcelo, a local pilot, offered us a shell for accommodation. We shared it with a bunch of dogs.

Marcelo worked as a local tomato farmer. His fruits thrive while he spends his time at the local take off analysing the conditions. He always has some walnuts to nibble at. This local speciality is good for a man’s potency, he told us.

We had our doubts about his theories concerning weather conditions: “It’s much too early to take off in the afternoon,” he said, nibbling. “From 6pm on, that’s the time.” We suspected he was a ‘sunset cruiser’ and got ready at high noon the next day…