In the Northern Hemisphere, at least, midwinter has passed, the days are getting longer and the sun – slowly – is pushing ever higher in the sky. But wherever you are, the dawn of 2020 means news plans, new adventures and new goals – and there’s no better place to start dreaming than here, with the latest issue of the world’s best international free flying magazine. 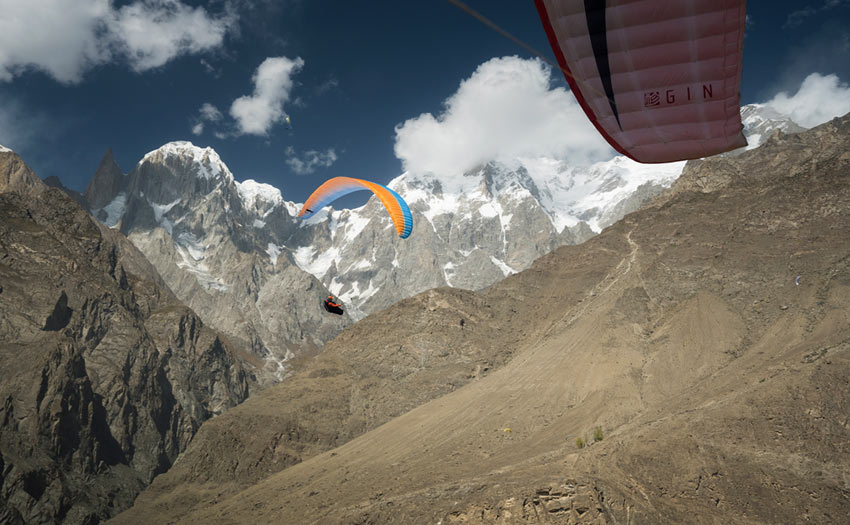 “Gliding towards the Hunza River, I wave as the cheers of children rise up to me, a reminder we’re a spectacle, part of the locals’ first impressions of a fledgling paragliding economy. Our time in Pakistan is as much a diplomatic mission as a paragliding adventure.” Is the Karakoram’s Hunza Valley really just for the big boys and girls? Kieran Campbell tried to still his beating heart to find out. 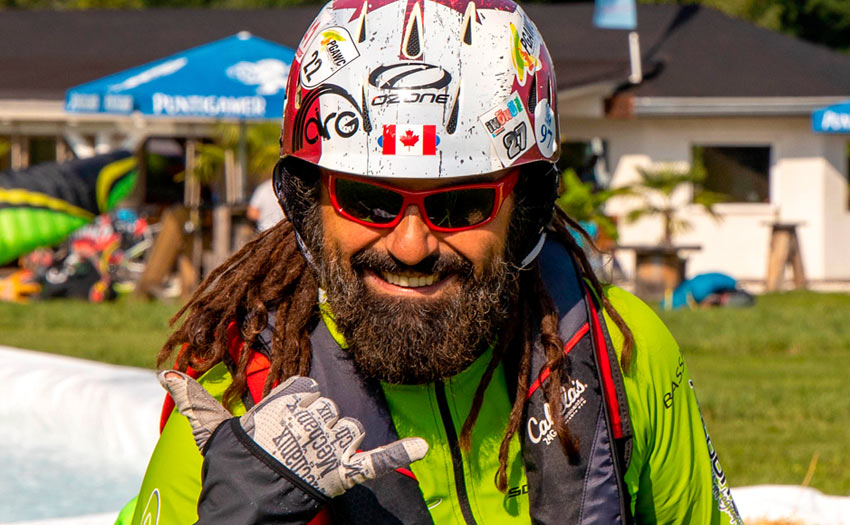 “Don’t rush training, study books and videos when it’s not flyable, surround yourself with flyers not grounders – and never think you’ve got it. You don’t!” Jimmy Giroux knows how to mix the perfect cocktail of acro and accuracy – he gives his top tips for staying airborne, safely. 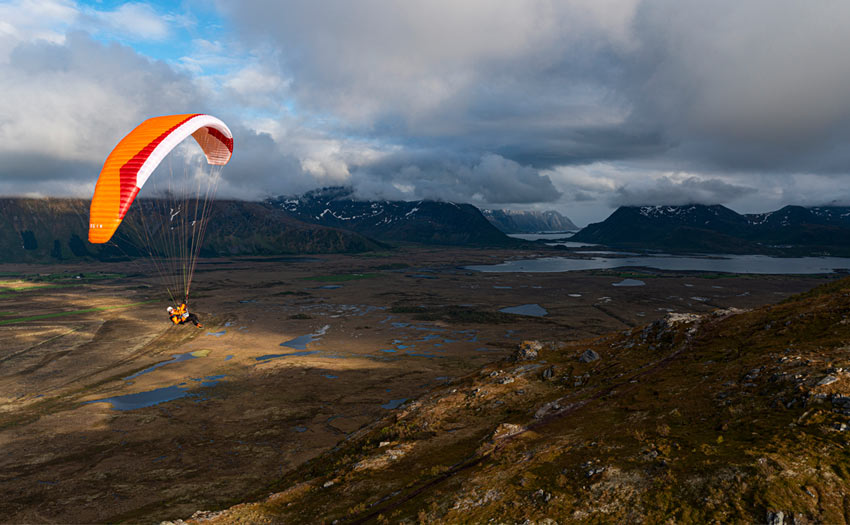 “The panorama was sumptuous, the very image that you have of Lofoten: mountains falling into the sea and lakes perched under the peaks.” The dramatic Lofoten archipelago in northern Norway offers endless days, howling wind – and magical flying for the patient pilot. Jérôme Maupoint sampled the joys of getting high above the Arctic Circle. 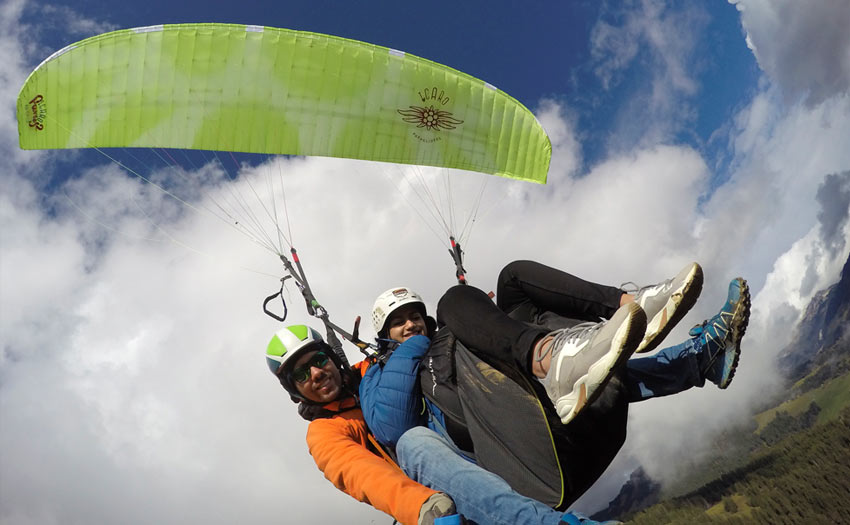 “Icaro have developed a very competent and user-friendly tandem. Thanks to its easy take-off and landing characteristics, light weight and good climbing ability, pilots and passengers are guaranteed a gentle ride.” Professional tandem pilot Seb Ospina flies the new Parus 2 and hooks up with a wing you’ll want to work with from dawn ‘til dusk. 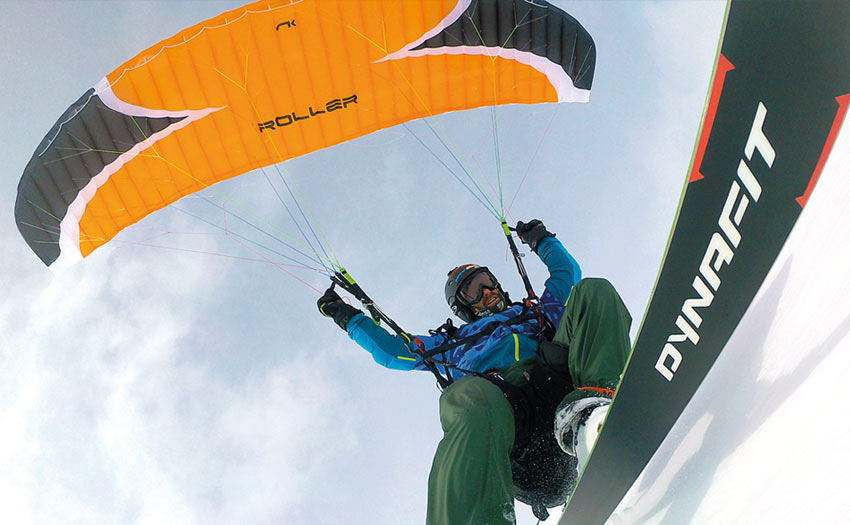 “Instead of wiping the sweat off a machine, you get to click in and carve turns at mach speed, whooping like a mad person (this is an absolute – I’ve never seen anyone not hollering while speedriding).” Who needs sunshine when you’ve got speedriding? Gavin McClurg shares the spills and thrills of the fastest way to a fun day out. 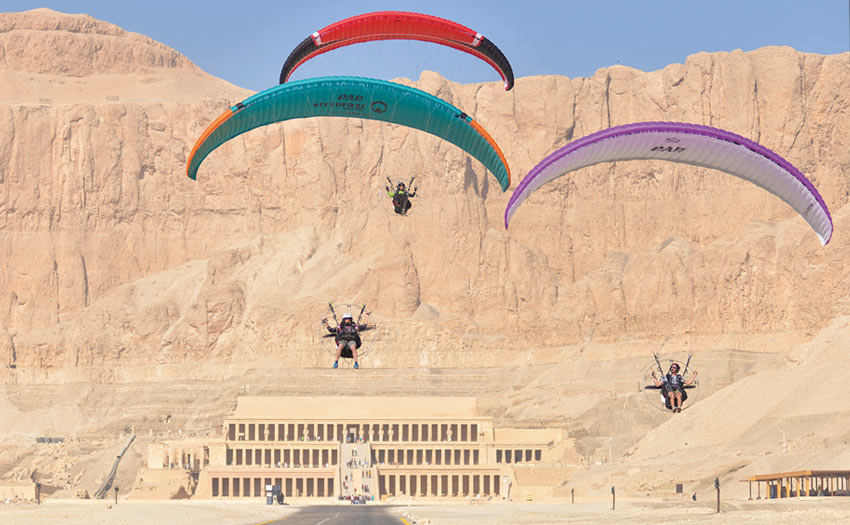 “The kids are the best! They come and speak to you, run after you. But I think it was also the first time paramotors have flown in Luxor and we were able to fly really close to the temples.” Avoid the tourist crowds, strap on your paramotor and sample the wonders of Egypt’s ancient history from the air, say Nicolas Aubert and friends. 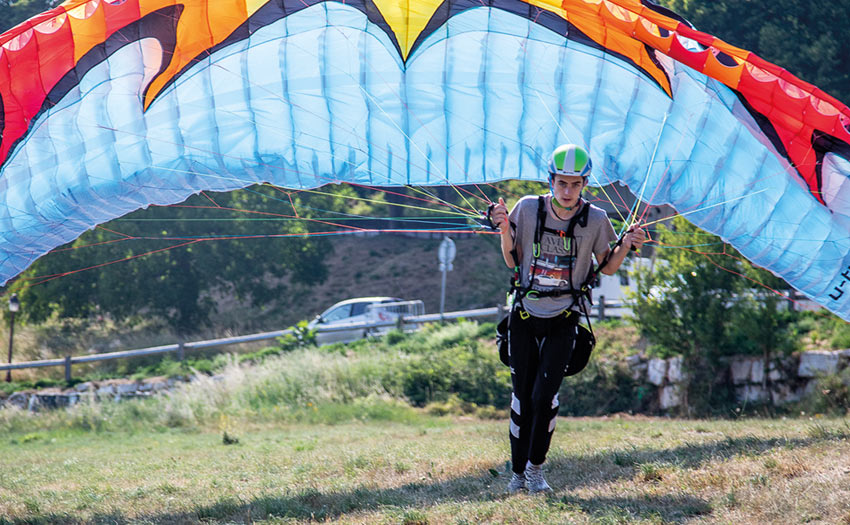 “It’s a great toy to have in the chest for family flying. Put it in the car for holidays and you’ll have something to keep the kids occupied and the adults entertained when the wind gets too strong for flying.” U-Turn’s 12m2 Kidrock has been developed with the next generation in mind – and every flying family should have one, says Marcus King. 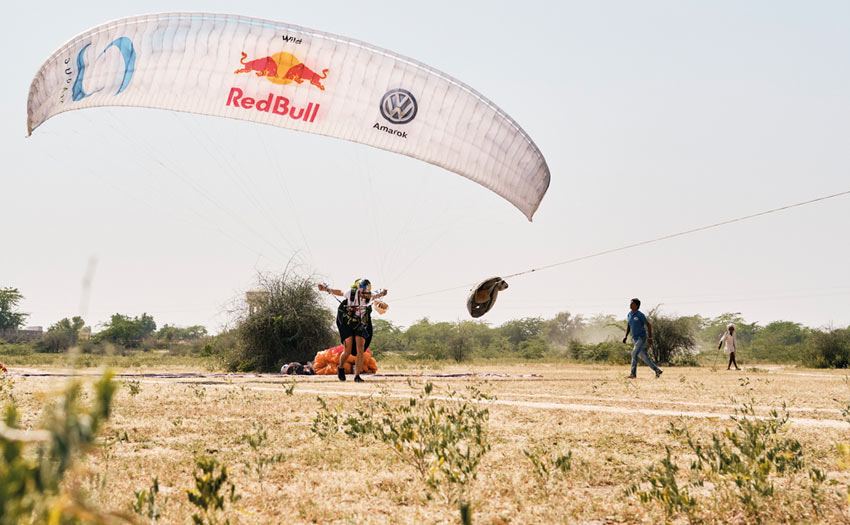 “Woody, Andy and I disputed the ‘Infinity Belt’ – the trophy proposed for the pilot making the most acro progress. I’m convinced I won – three water landings and a reserve toss testify to me pushing the limit.” Stuck in the flatland flying doldrums? Start a tow club, says Koen Vancampenhoudt – and the skies are your playground once again. 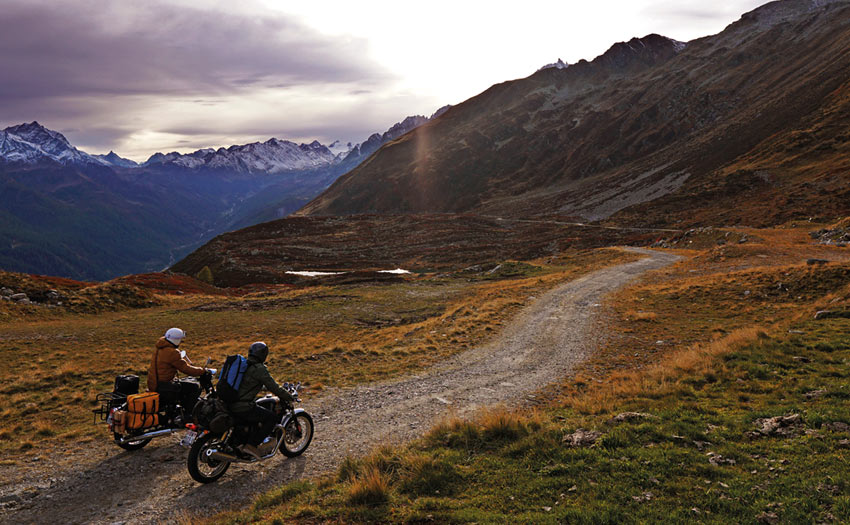 “As soon as Frank, 51, sat on his Royal Enfield Classic 500 and kick-started the engine, the mechanical clatter of the valves and the bone-shaking vibrations tore him from everyday life and put him in a state of blissful connection with the here and now.” How best to explore the high passes of Switzerland? With an old friend, on a motorbike and with a paraglider on your back, says Rolf von Arx. 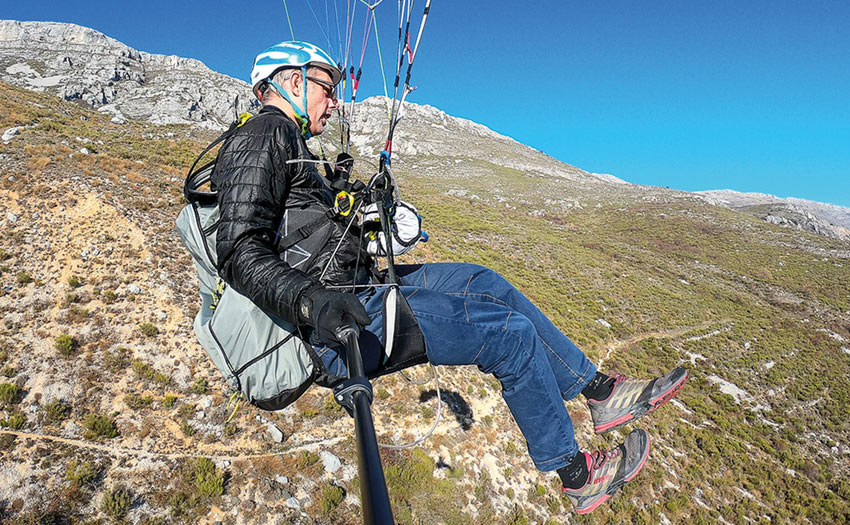 “The Roamer 2 is a well-built, well thought-through reversible harness that is comfortable in both modes. Adding the airbag and front-mounted reserve make it a great choice for travelling as well as its intended uses of mountain flying and speedriding.” Niviuk’s new reversible harness ticks all the boxes for hike-and-fly enthusiasts, discovers Marcus King. 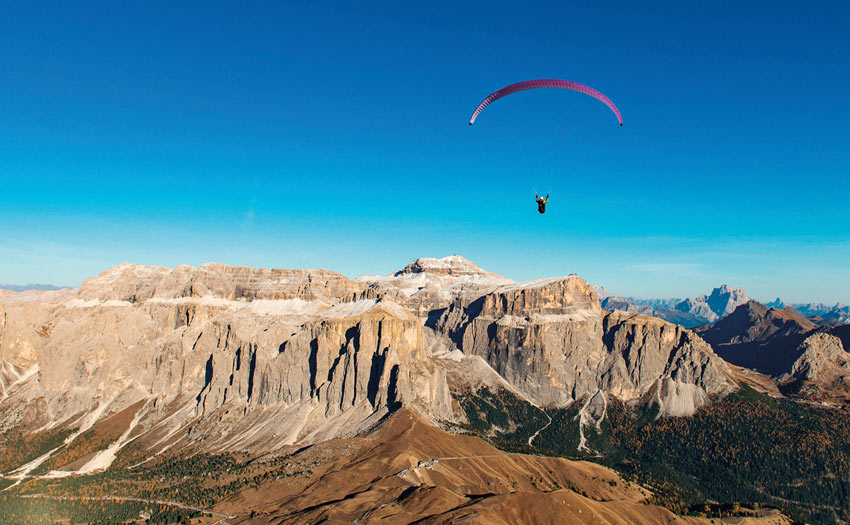 Whether you want to go big in the Americas, conquer the Alps or ace your first overseas competition, our 2020 Travel Guide shows the way – sustainably, light or by the book.