The games finished with a spectacular closing ceremony on 2 September, after two weeks of intensive multi-sport action.

Like the Olympics, the Asian Games are held every four years. They are the biggest multi-sports event in the world after the Olympics and are specifically for Asian countries. This year was the 18th edition: they saw 37 countries take part, with around 10,500 athletes competing across 40 sports and 67 disciplines.

Paragliding was in the Asian Games for the first time this year, in both Accuracy and Cross Country – with all pilots competing in both disciplines.

The cross country competition was then held from 25-29 August and saw five tasks – or ‘rounds’ as they were called at the Asian Games. 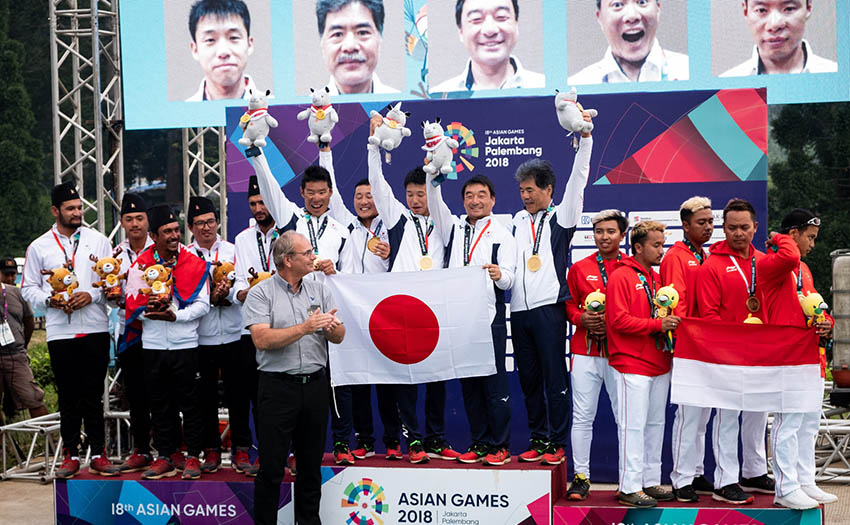 The cross country event was only scored as a team event, with no individual winners. Japan came out top in the men’s event, followed by Nepal in silver and Indonesia in bronze. Five pilots made up each team. 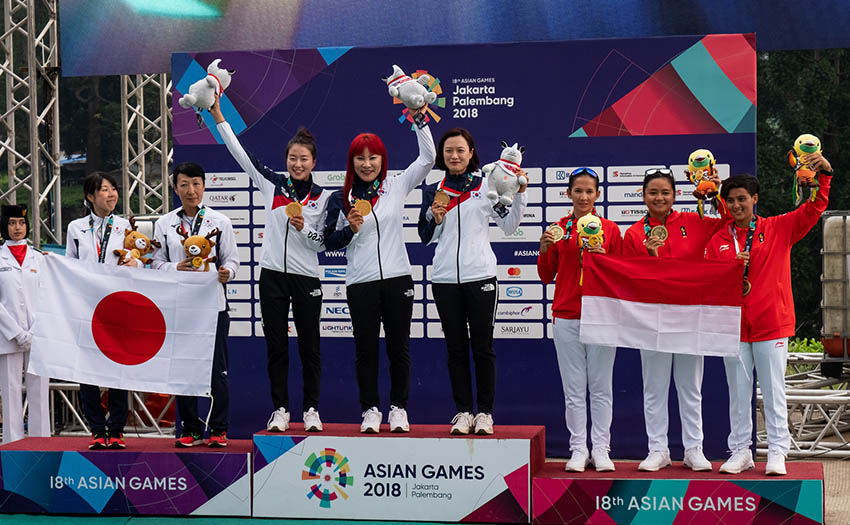 In the women’s cross country competition, the Republic of Korea won gold, with Japan in silver and Indonesia taking home the bronze medal. Three pilots made up each team.

The paragliding competition took place at Puncak in the centre of West Java, about two hours south of capital city Jakarta, where the main Asian Games took place. Before the competition the location had come in for criticism as it is not a natural XC site – before the Asian Games the site record was a mere 10km. 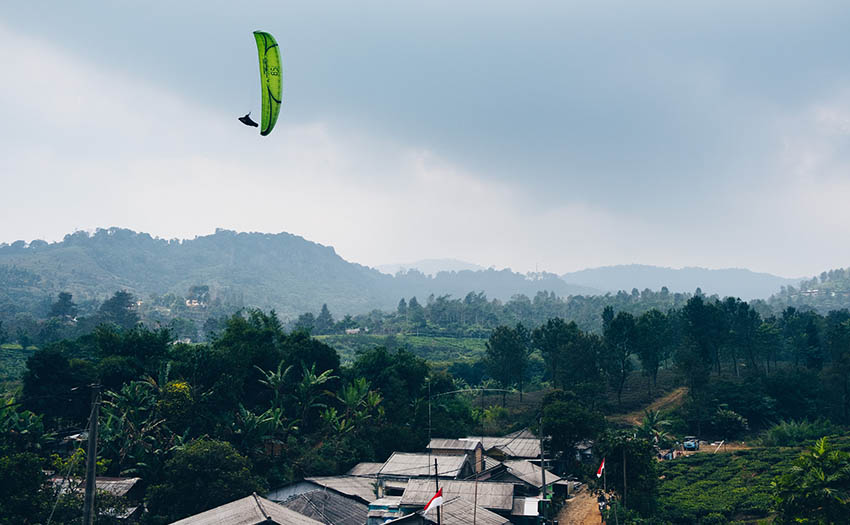 However, tasks were set and flown at around 25km each day, with pilots making goal every day.

Bruce Goldsmith was in Indonesia for the games, and said: “This is the first time that paragliding has been part of an Olympic-sanctioned event and it was a great success with 10 days flying out of 10.

“Accuracy is much more popular than XC flying here, and the location is primarily an Accuracy venue, but the local organisation made a huge effort to improve the site for XC flying as well.

“The accuracy take off is only 300m above the landing and so they created a new higher take-off at 500m for XC flights. 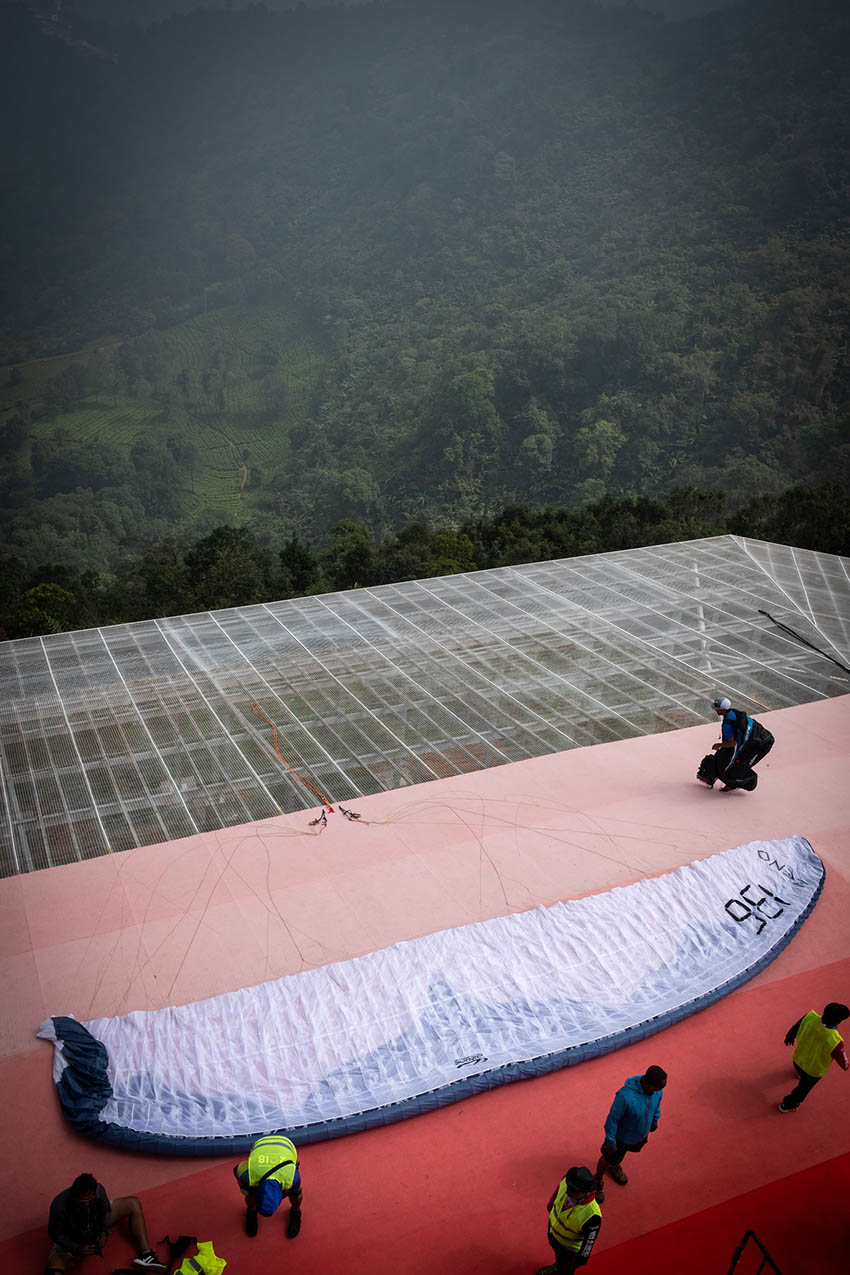 “This new launch was quite radical in its design, but it actually worked really well. The whole launch was made from a metal grill with a huge launch ramp wide enough to take three gliders at a time.

“When you first go on the ramp you feel vertigo at the sheer size of it and the drop over the edge. However, when you get clipped into the glider something special happens because the launch ramp allows air to flow though it – it is more lifty and less turbulent than solid ground.

“So of the 500 launches made there during the competition the worst injury was a cut finger.” 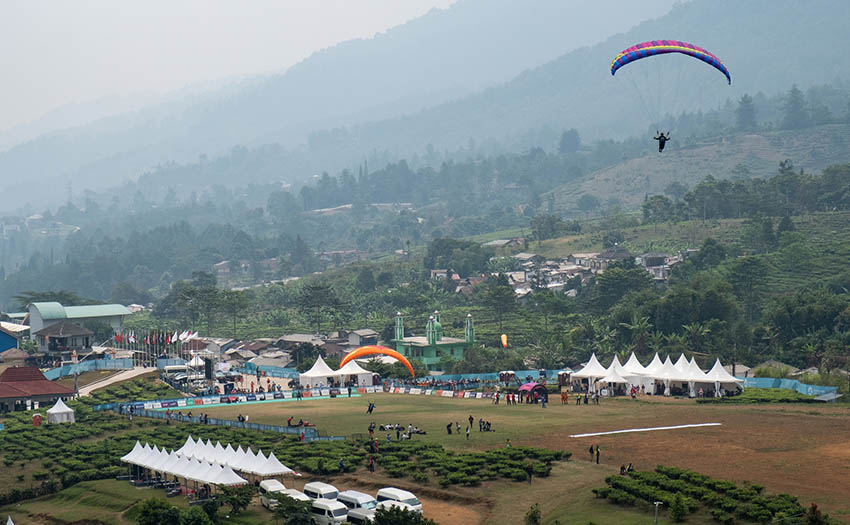 The cross country event was “particularly tricky” he said, with a “huge range” of skills on show: “From world class pilots to pilots who had never flown XC.”

Despite the challenges five XC tasks of 15-30km were flown with an average of 25% in goal. Each task lasted around two hours. 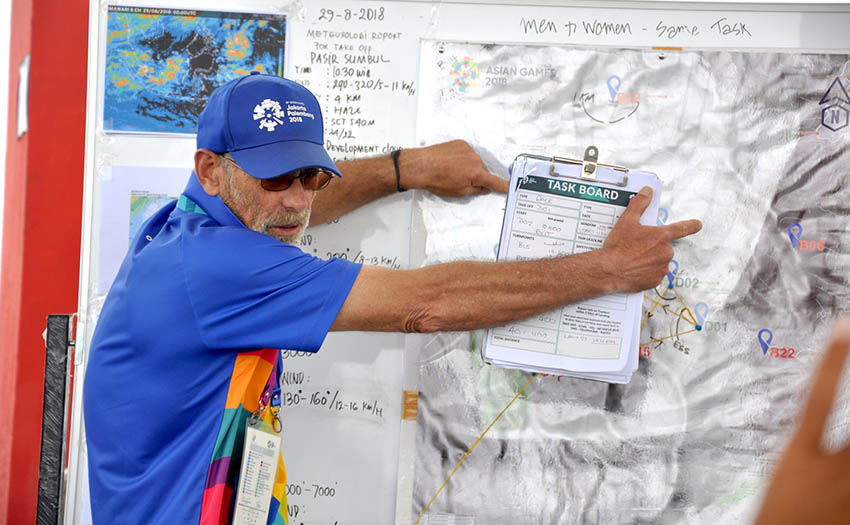 “This was much better than anyone had expected for the site,” Bruce said, “which was forced on the organisers because it had to be close to Jakarta, which was the official venue for the Asian Games.”

He added: “The event was an outstanding success, and we hope that this will lay the foundation stone for further participation of paragliding as an Olympic sport.”

Participation in Olympic-sanctioned multi-sport, continental events like the Asian Games and the World Games is seen as key to getting further recognition for the sport from the International Olympics Committee. Such recognition could lead to paragliding making an appearance at the Olympic Games in the future – the publicity and financial backing that would generate for national paragliding teams and air sports associations would be significant.

The Asian Games was watched on television by close to 2.3 billion viewers across the region, organisers said. 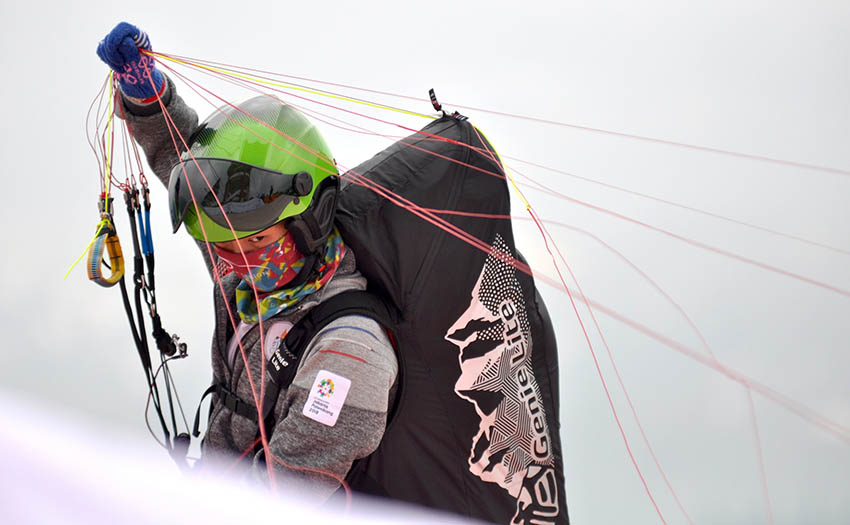 A pilot at the Asian Games. Photo: FAI / Brooke Whatnall

See all the paragliding results from the Asian Games