‘Bullseye!’ Hike-and-fly with a twist in Australia

Cross Country columnist Allen Weynberg reports from a fun hike-and-fly comp Down Under.

Held at the start of the season in the Australian spring, Fraser completed 1,700m of ascent and scored 650 accuracy points. His efforts allowed him to claim the title of King of the Mountain and win the Elite Class in the one-day fun comp.

Australia, with its abundant tree cover and relatively low mountains makes a harsh playground for the hike-and-fly enthusiast. To attract a wide range of participants, Roger Stanford and his team at SkyOut Paragliding, Sydney devised an ingenious format to maximise fun for everyone on the day. 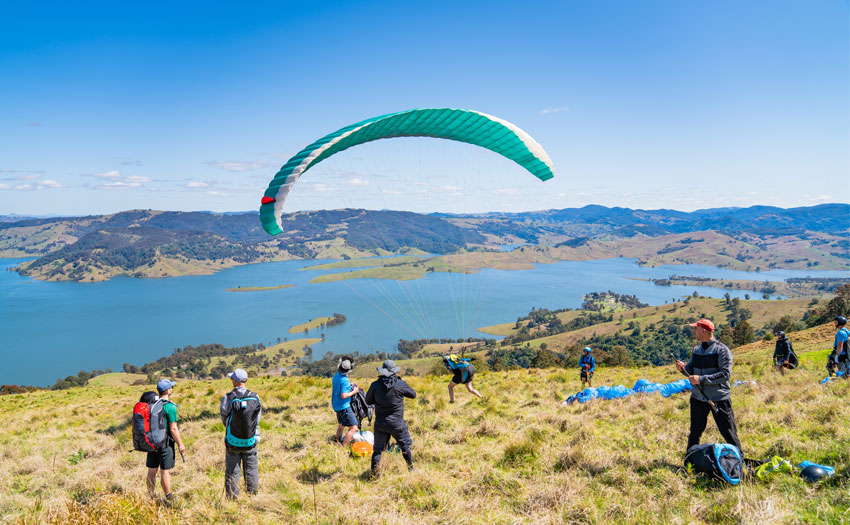 Fraser Sabine first off the hill

Competitors scored points for metres climbed and also for landing accuracy on the bullseye target placed on the shores of Lake St Clair, northwest of Newcastle, New South Wales. All pilots stuck to the same course, making for a relaxed and encouraging atmosphere with safety cover and first aid easily accessible.

After two stormy weeks, Sunday 25 September 2022 at Lake St. Clair dawned bright and clear. A few wind lines ruffled the lake as over 30 competitors lined up at the start at a very reasonable 9.30am. Ahead of them was 425m of ascent up the lush, green and in some places sodden hillside to launch. 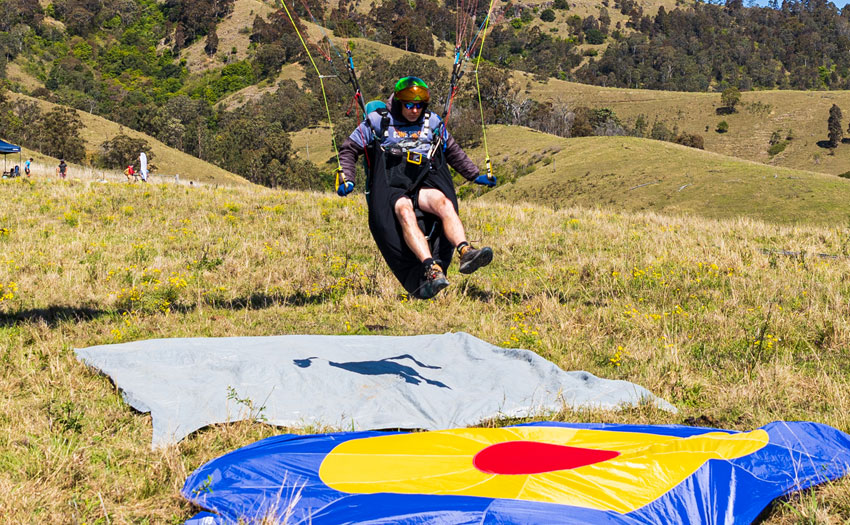 Allen Weynberg on his way to the bullseye

Arriving in just under 45 minutes the first competitors found brisk conditions with 25km/h of wind. Some opted to take off in strong but smooth air for the glide down to the lakeside. Others chose to hike back and then up again for more ascent points. Less serious contenders settled in to watch how conditions developed. 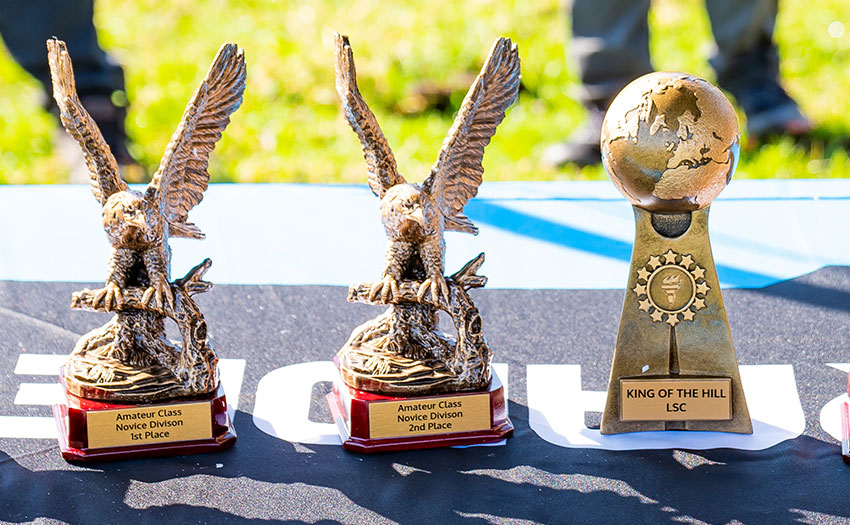 After an hour or so the wind moderated and a steady procession of wings launched into the spring sky. The wind still made the glide down happen at a leisurely pace, and some opted for the speed-bar-big-ear combination to get the job done, whilst most chose to enjoy the view of the fabulous Australian countryside nourished by two wet seasons in a row. 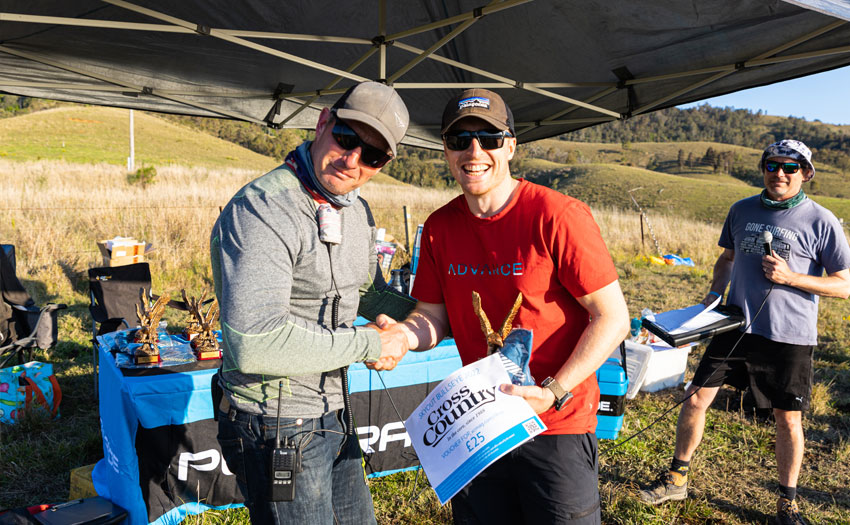 Landing on the target was commonplace in the gentle lakeside breeze with advice for the less experienced, high fives and then cold Powerade all round. As the sun set over the lake trophies were presented and thanks given for an incident-free, full day of competition.

Joel Price took out Elite Class Open Division with 1,975 points, Fraser Sabine won Elite Class, Novice Division with 2,350 points and also got King of the Hill with a fastest ascent time of 42 minutes.

Aden Mann was the winner of the Amateur Open division, with 1,500 points and Kendall Waller won the Amateur Novice prize, with 1,250 points. 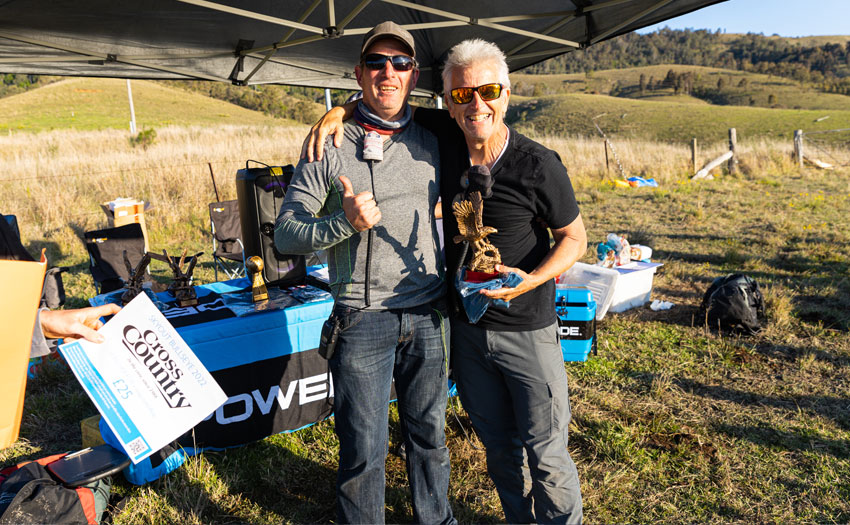 Everyone left with big smiles and aching legs.

Thanks to 777 Gliders, Cross Country, and Powerade for sponsorship and prizes.