A search operation is underway in Nevada, USA, for James ‘Kiwi’ Johnston, a paraglider pilot who has gone missing while flying in the state on Saturday 22 August.

Kiwi, a longstanding contributor to Cross Country magazine and an experienced pilot, was flying a blue, grey and white Ozone Zeno (EN D) on an XC flight across remote mountain terrain that rises to 10,000ft.

He was using a Garmin InReach tracker, which broadcast its last position at 14,500ft at 2.14pm on Saturday – about 6,000ft above the terrain. 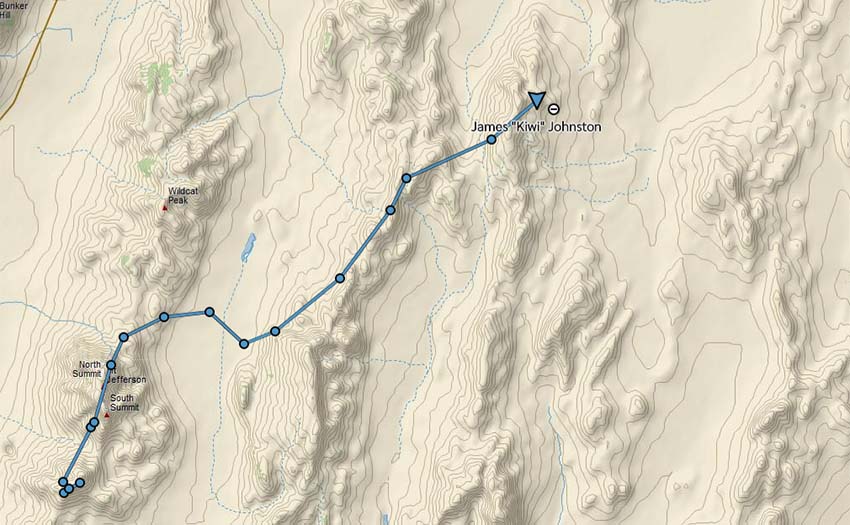 Having launched at 11.24am Kiwi had been flying for nearly three hours, and had covered 54 miles, or 86km. The goal for the day was to fly about 200km.

He was flying with two other pilots, who raised the alarm when Kiwi didn’t get in touch that Saturday evening. The two pilots spent Sunday searching roads along Kiwi’s likely course-line, while a search and rescue team searched the area below his last trackpoint, without success.

A wider search operation was mounted early on Monday morning, including an air search. Sunset in the area is at 7.30pm. No sign of Kiwi was found during Monday’s search.

The search will restart Tuesday 25 August at 6am local time. US paraglider pilots, local ranchers and the Nye Country Sheriff are all involved.

The “leading theory” for rescuers is that the Garmin InReach was in freefall when it sent its last trackpoint. Its groundspeed was only 2.4mph, which is “too slow for thermalling or reserve drift,” given the wind. 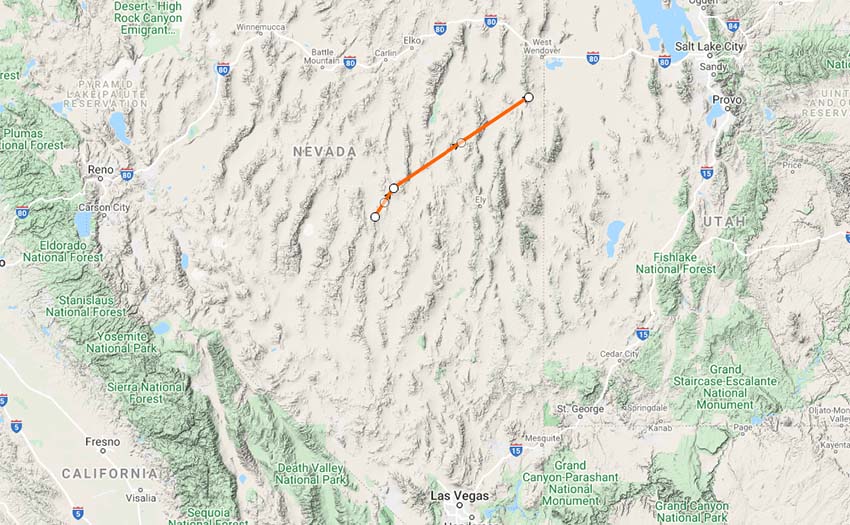 The state of Nevada, showing the potential 200km route Kiwi was aiming to fly

A Google Doc set up for the search and rescue team suggests: “Possibilities are the InReach died or malfunctioned, [Kiwi] was pointing into wind, or the InReach separated from pilot, unable to transmit once on the ground.”

The search crew are working on the assumption that if Kiwi had thrown his reserve at altitude, he would have drifted downwind, north east of his last known position. This is where they are focusing their search efforts.

A GoFundMe page has been set up to raise funds for continued search and rescue. By Tuesday mid-morning CET nearly $60,000US had been raised.