Shortly after finishing the review flights for the Knight, I was given a K-Light to test. The K-Light is roughly 1.5kg lighter than the Knight. A mix of 38g and 27g instead of 40g cloth and a lighter set of risers make the majority of the savings.

The risers are a perfect compromise between light weight and ease of use. On many specialist lightweight wings the risers are very fiddly to operate with winter gloves on. On the K-Light there are some clever design elements, such as an elastic loop used to stash the brakes when not in use. 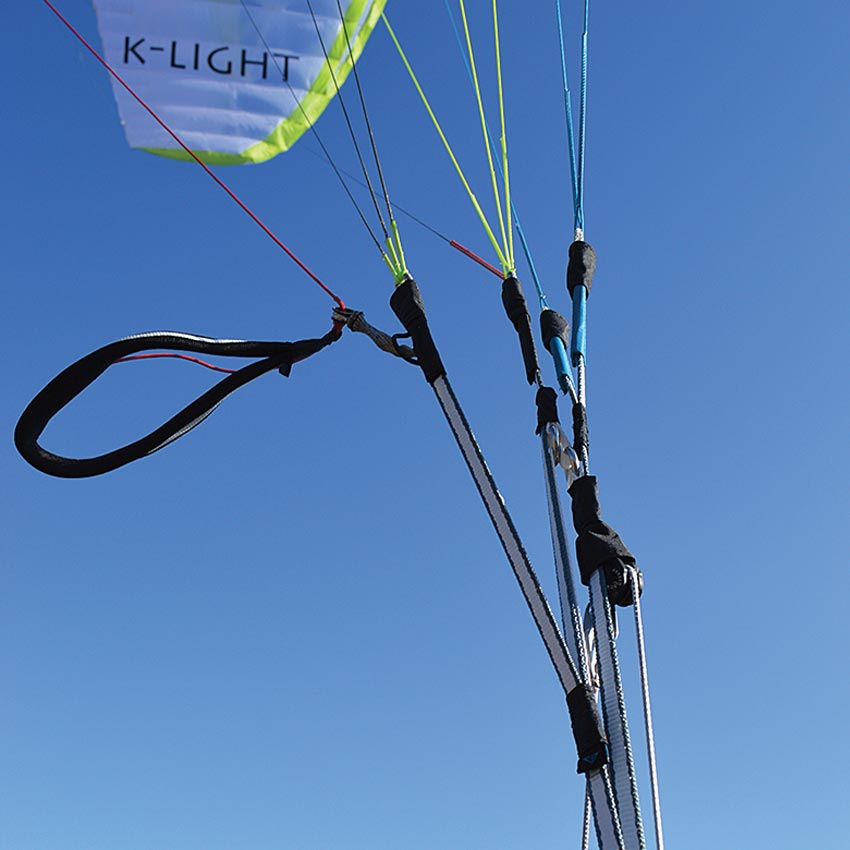 Triple Seven say that the K-Light’s character and design are in line with the Knight but simply lighter. On a really stable day at our local site I hiked up for 90 minutes to the top of the ridge and felt the benefit of the compact wing. It is obviously not as light as dedicated mountain wings such as my Ozone Ultralite, but the low pack volume of the Knight and my Lightness 2 harness made for a nice compact XC combination.

Once on launch the wing was easy to set up. The lines are the same as on the Knight, so the colour coding is mostly easy, apart from the rear lines which can disappear on soil or grassy surfaces.

Inflating and launching the K-Light was even easier than the Knight, rising with only a little pressure on the risers required. It felt easy without the over eagerness and fidgeting that some ultralights can have on launch. As I found the edges of thermals there was a tiny bit more rustling than on the standard wing, but overall the wing felt just as solid and dynamic as the Knight. 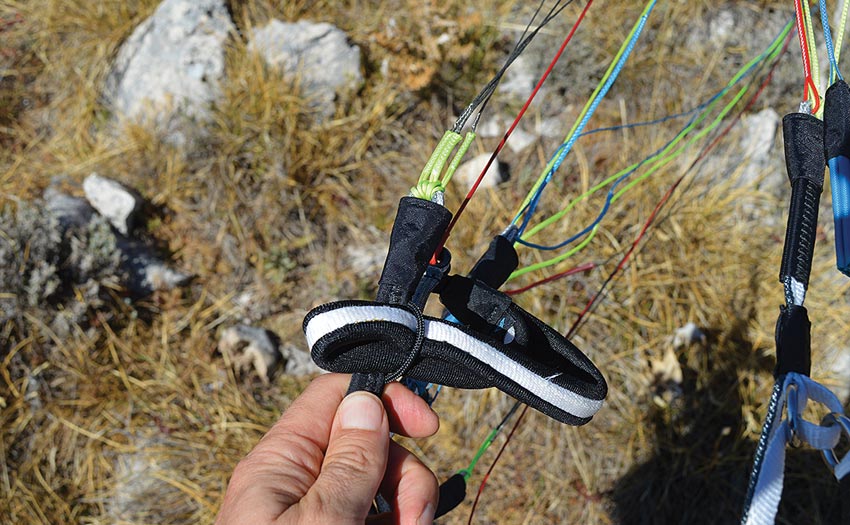 Flying at trim or at full speed the wing felt very efficient and cut through turbulence with very little pitching-back. Flying after my friends on traditional EN-Bs I found the same climbs and as per the Knight, speed was definitely not an issue.

In conclusion, the K-Light is a great little package. Light, fast and fun. I think there are a few lighter options but the K-Light would be a very good vol-biv wing for those who don’t want to sacrifice XC performance and ease of use.