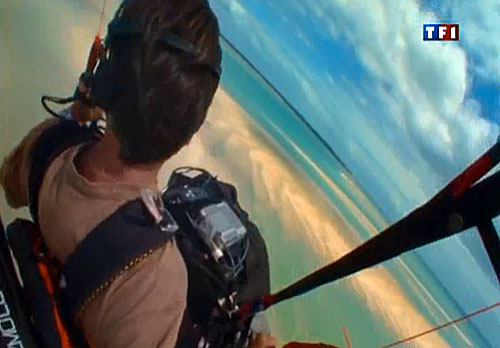 French company Razeebuss had their Razmott 130 electric paramotor exposed to millions on 29 December, when it appeared on channel TF1’s Ushuaïa nature documentary, in a program on the wildlife of the Mozambique channel.

Ecologist and Ushuaïa nature presenter Nicolas Hulot and a team of scientists visited the straits that separate Mozambique in Southern Africa, from the island of Madagascar, in order to learn more about its abundant wildlife, including Coelacanth, a dinosaur fish that is known to live 100 metres below the sea there.

Nicolas said he chose Razeebuss’ Razmott 130 as it is a quiet, emissions-free, compact and reliable mode of transport. He used it to fly from mainland Africa onto the archipelago of Bazaruto, where he met biologist Vincent Asked.

The video is in French, but the imagery is stunning. If you want to skip straight to the Razmott part, it starts at around 10 minutes in.