Organiser stands down but 11th Oludeniz Air Games to go ahead 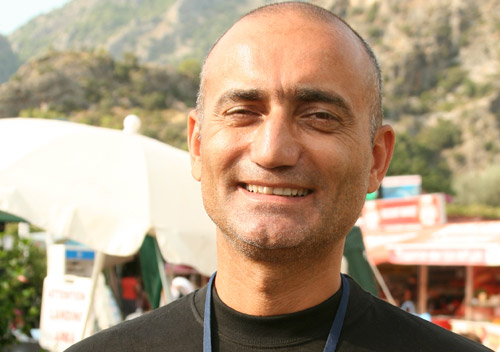 Kadri Tuglu, stepping down after 10 years at the helm of the Olu Deniz Air Games. Photo: Ed Ewing

The organiser of the Olu Deniz Air Games, has stood down, citing “lack of support” for his decision. However, the festival will still go ahead as planned from 13 – 17 October 2010 in Olu Deniz, Turkey.

Kadri Tuglu, owner of the beachside Cloud 9 restaurant and bar, started the festival in 2000 as a way of extending the paragliding season right to the end. It has been successful, and last year attracted 400 pilots from across Europe. Unlike the Coupe Icare, pilots get to fly as much as they want, while organised displays go on around them.

But in an email announcing his resignation, Kadri said he and the mayor of Olu Deniz had reached an agreement that he should step down, although Kadri did not specifically say why. Instead, he cited “lack of support”.

The email read: “Kadri Tuglu will temporarily stand down [from] the organisation of this popular event, [which] last season saw its 10th anniversary, due to the lack of support available to Kadri Tuglu.”

This year extensive work has seen Baba Dag, the 1,800 m mountain above the Mediterranean resort of Olu Deniz, given a new paved take off and a new road to the top. Minibuses, as well as jeeps and trucks, can now drive all the way to the top, cutting journey time to half an hour.

Kadri, a familiar face to any who has flown in Olu Deniz, will however still be at the festival, which will be run this year by the town’s officials. “[I can still] help out with live broadcasting, hotels, transport etc,” he said.