Flyability, a charity that supports disabled people flying hang gliders and paragliders is running a crowdfunding campaign to raise £500.

The aim is to sell as many Flyability polo shirts as possible.

Posting to their Crowdfund page the charity said that T-shirts they had made up had generated “a lot of interest” on social media, so they had decided to release them to the general public. 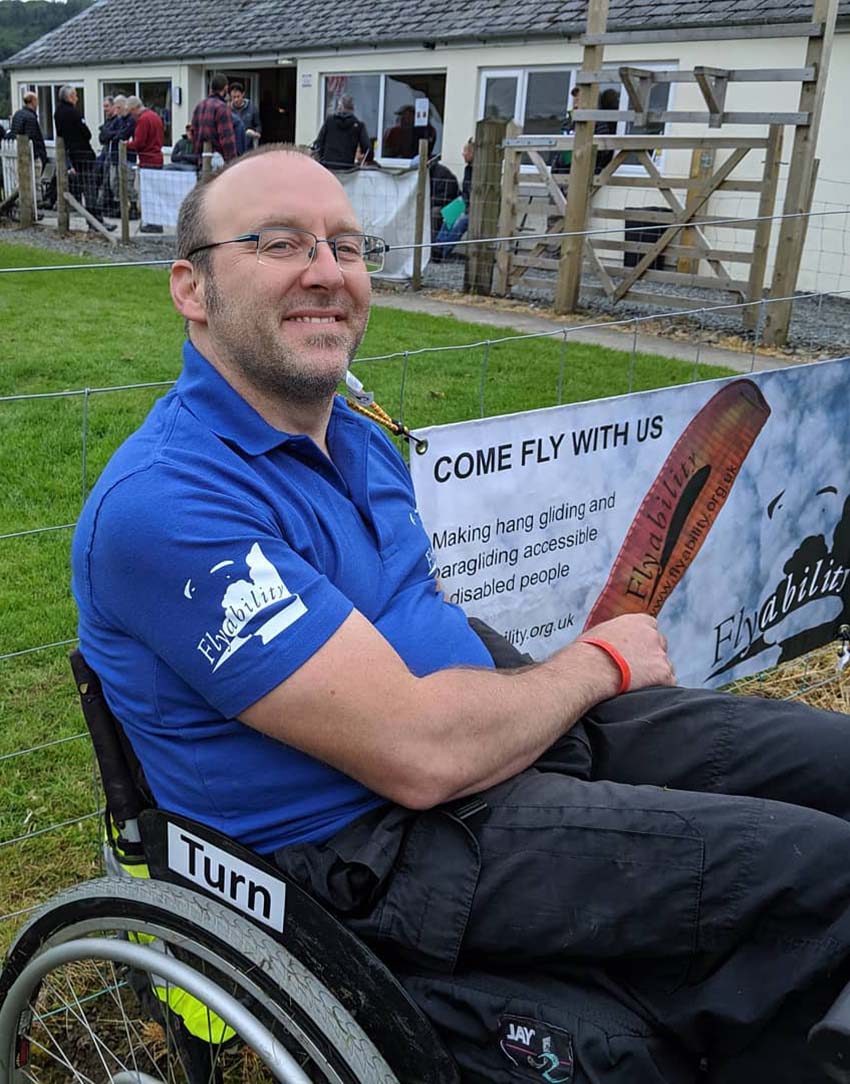 The campaign has currently raised £300 of its £500 target. Pilots who donate £15 will get a free polo shirt.